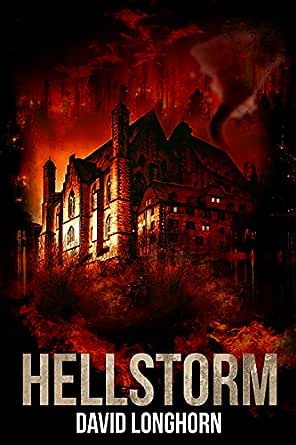 You've subscribed to Curse of Weyrmouth Series! We will preorder your items within 24 hours of when they become available. When new books are released, we'll charge your default payment method for the lowest price available during the pre-order period.
Update your device or payment method, cancel individual pre-orders or your subscription at
Your Memberships & Subscriptions
There was an error. We were unable to process your subscription due to an error. Please refresh and try again. 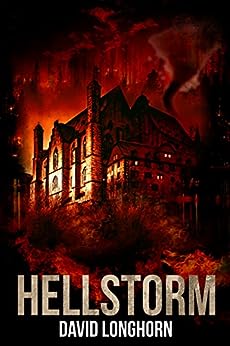 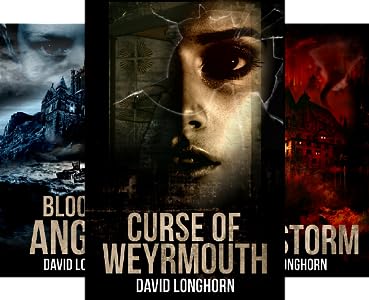 "I consider this the best book in this series. This was a good ending to the trilogy." - Reader

"Very good series! I give it five stars as a series whole." - Maureen

"Fast-paced with a lot of action." - Amalthe

"This book was great! It really tied all of the other books in the series together!" - Beverly S.

Derek's cottage lay up in the hills, a mile or so outside the village. He was about a hundred yards from home when he heard a familiar, unwelcoming sound. It was a sheep in distress. At almost the same moment there was a snarl,vicious and low. He looked out across the nearby fields, knowing it was pointless. Without artificial light, he could see nothing but a slightly less profound darkness above him that must have been the cloudy winter sky.

A dog, he thought. A stray or a family pet that's got out, worrying the flock. Or worse, rustlers rounding them up.

Sheep stealing was an ever-present worry. Gangs used dogs, he knew,and were sometimes armed. It was known that there were vicious big city criminals looking to make easy money. Derek picked up his pace, almost running. The low bulk of his home was just discernible ahead. He fumbled for his keys as the sound of plaintive bleating came again, and was then cut off with sickening abruptness.

"Bastards!" he swore, crashing into his kitchen and going straight to the cupboard where he kept his twelve-gauge shotgun. He had been lucky until now, and had not had to shoot a dog - or a man, for that matter. But now his luck had run out. Derek got his shotgun and taped a large flashlight to it,struggling slightly as the effects of the beer hampered precision. He filled his pockets with shotgun shells, loaded both barrels, but kept the safety on.

Outside, the beam of the flashlight illuminated frosted grass and heather. Derek headed for the place where he had heard the presumed dog attack, feeling himself growing stone-cold sober as he inhaled a lungful of freezing night air. Apart from the crunching of his boots on the grass, there was dead silence. He paused, turned off the torch.

No need to give my position away, he thought. I know this hillside like the back of my hand, anyway.

A sudden bleating broke the silence, the sound of sheep in panic. Again came vicious snarling, deep, clearly from a big animal. Derek turned and started to walk fast towards the sounds, ears straining to detect human voices. There were none. He took the safety off his shotgun. If it was just a dog he would not hesitate to shoot without warning.

The bleating was cut off, just like before. After a brief pause, the snarling came again, lower this time, more menacing. Derek guessed that the animal had detected him. He flicked on the flashlight, leveled his gun. The piercing blue light picked out huge jaws gaping wide, a dark bounding form just a few yards away. Derek pulled both triggers and was sent reeling by the recoil. The shotgun blast was deafening and the torch broke free of the barrels, falling to the ground. The snarling turned to a shrill yelping that Derek heard with grim satisfaction. The sound dwindled, faded to nothing.

Got the evil bugger!

The farmer retrieved the flashlight, fanned the beam around and ahead of him. Sure enough, there was a dark patch on the frosty ground. Blood had splashed in wide arcs as the beast had fled. Derek hoped it was mortally wounded. He emptied the gun of the spent cartridges, and fumbled in his coat pocket for reloads. As he closed the gun again, he heard the low growling begin. This time, it was to one side.

Wounded animals can be the worst,he thought, as he pivoted, holding the torch clumsily under the shotgun barrels. The beam fell onto a mess of white and red, steam rising from slick, coiled guts. The flashlight was reflected in a lifeless eye. A dead sheep, torn apart, but not eaten.

Precious livestock, killed for the hell of it.

He raised the torch, and at the very edge of visibility, he made out a low, dark form moving quickly. It was circling him at extreme range, so far that the chances of a good hit from the old shotgun were minimal. He fired one barrel anyway, but there was no response.

Then the growling began behind him.

Derek turned, puzzled. The thought of the old picture in the pub came to him. Was he dealing with a pack of wild dogs? He recalled press reports of the incident in the cathedral the previous year. That had been blamed on wild dogs. He hadn't believed it at the time, but now, he wasn't so sure.

He took another shot at a fleet shadow, began to reload with trembling hands. Now the snarling was all around him, and he set the torch down to handle the shells. As if that were a signal for the black shapes, they moved closer. More clearly defined now, Derek saw that the dogs were huge, far bigger than any normal pet. He dropped a cartridge, stooped to pick it up, and a heavy weight landed on his back, driving him into the dirt. He tried to roll over and wield the shotgun as a club, but razor-sharp teeth tore the weapon from his fingers along with most of the flesh.

Derek howled in pain and despair, hoping against hope that help might come. But his voice was drowned out by the louder howling of the pack as the huge, dark beasts closed in.