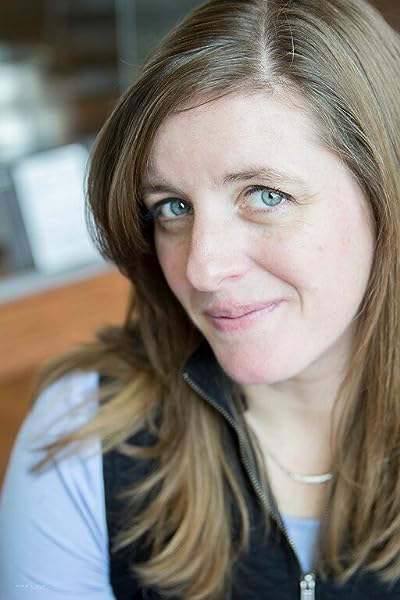 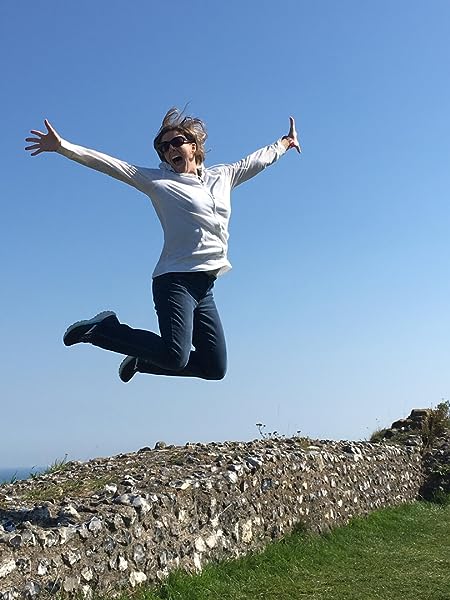 by Janet Sumner Johnson (Author), Courtney Dawson (Illustrator)
4.9 out of 5 stars 155 ratings
See all formats and editions
Sorry, there was a problem loading this page. Try again.

Shailey loves bedtime, especially reading with her dad. But her dad starts a new job, and it gets in the way of their bedtime routine. So Shailey takes action! She fires her dad, posts a Help Wanted sign, and starts interviews immediately. She is thrilled when her favorite characters from fairytales line up to apply. But Sleeping Beauty can't stay awake, the Gingerbread Man steals her book, and Snow White brings along her whole team. Shailey is running out of options. Is bedtime ruined forever?
Read more
Previous page
Next page

An adorable tale about a father and daughter’s reading before bedtime routine!

Readers will easily engage with this adorable book, both through its familiar literary characters and the young girl's love of reading with a parent, making it a welcome addition to the collections of librarians or reading specialists.-- "Booklist"

The HR jargon the book depends on may sail over young readers' heads, but the book's saucy tone has the potential to delight a broad audience. . . .Cheery and lighthearted...-- "Kirkus Reviews"

Warm digital illustrations highlight Shailey's plight, and the job posting, which Shailey updates after each failed round of interviews, provides a colorful recurrent motif. Professional diction throughout--such as "individual applicants" and "impressive résumé"--and a message about screen time seem more geared toward adult caretakers than young kids, but the look at distractions readers face in a constantly moving digital world will likely prove resonant with adults and children alike.-- "Publishers Weekly"

Addresses the common struggle of a perfect bedtime routine for caregivers and children; Features a determined main character who feels empowered to take control and use her creativity to solve a problem; Highlights the father/daughter relationship in a positive way; Opens kids' imaginations by incorporating fairy tale characters into everyday situations

Janet Sumner Johnson has been writing for as long as she can remember. She bakes a mean cinnamon twist and eats way more cookies than are good for her, which explains her running habit. Though her full-time occupation as Mom takes most of her time, she sneaks in writing at night when her inner funny bone is fully unleashed. Janet lives in Utah with her husband and three kids.
Read more

Amazon Customer
5.0 out of 5 stars This is a book kids will WANT at bedtime!
Reviewed in the United States on May 16, 2020
I read this with my boys today, and they both thought it was delightful. My son Ty said, "I liked the part where she fired her dad, that was funny!" My son Xander said, "that was a really creative story mom. I liked all of the storybook characters in it." My boys thought the plot was super engaging, and the illustrations really bring the words to life.
Images in this review

Shawna
5.0 out of 5 stars Fun mix of familiar old stories and a new one!
Reviewed in the United States 🇺🇸 on November 16, 2022
Verified Purchase
This is a story about a little girl who fires her dad as a bedtime storyteller after he gets a new job and gets distracted. She puts up a help wanted sign. What follows next is a hilarious mix of fairy tale characters who come in to try out for the role. But none of them are as good as someone very special. A fun story for kids, as well as a great reminder for the parents. Such a fun story, as well as fabulous illustrations! I can't wait to read more books by this author!
Read more
Helpful
Report abuse

Claire Annette Noland
5.0 out of 5 stars Our new favorite bedtime book!
Reviewed in the United States 🇺🇸 on March 15, 2020
Verified Purchase
Every family has a bedtime routine and most include books. We have our stack of favorites but after the zillionth time reading certain (ahem – I’m looking at you, Good Night, Moon) it is wonderful to discover a new one.
Shailey's dad reads to her every night until he gets a new job and is too tired and busy. So Shailey fires him and puts up ads for a new bedtime reader. Story book characters come to apply but each has something (related to their own story) wrong. Finally, just the right reader applies.
Why I think you need to add this to your bookshelf:

The relationship between Shailey and her father is so sweet and they both love books
The appearance of familiar storybook characters will have kids in hysterics
Shailey’s personality is spunky and resourceful
The resumes are clever and fun
The illustrations are happy and adorable
We all need a new bedtime book!

Anon
5.0 out of 5 stars Super cute and creative!
Reviewed in the United States 🇺🇸 on March 14, 2020
Verified Purchase
Very cute story about a girl who loves bedtime stories, but her dad's new job has made him too busy to read to her at bedtime, so she puts out an ad to fill the position. We get to see why various fairy-tale characters just won't do for the position, and how the best person is her dad after all (as long as he puts away work items while reading to her). Good story of what is truly important, told in a fun, creative way. Beautiful illustrations and fun "applications" from a few of the fairy-tale characters at the end of the story that are fun for parents to read with their kids. It doesn't feel like a debut book to me - I highly recommend it!
Read more
Helpful
Report abuse

Ashley S
5.0 out of 5 stars Clever Concept!
Reviewed in the United States 🇺🇸 on March 20, 2020
Verified Purchase
When Shailey's dad gets a job, he can't read bedtime books with her anymore. She fires him and posts a help wanted sign for a new partner. That's when the fun begins when fairytale characters interview for the job. My son and I enjoyed reading this book. He was learning about fairytale characters at school so it was the perfect book. This book is a great way to introduce fairytale characters to children or for those familiar with them to see their favorites in this book.
Read more
Helpful
Report abuse

lacyduckie
5.0 out of 5 stars I Absolutely Adored This Book
Reviewed in the United States 🇺🇸 on March 11, 2020
Verified Purchase
Help Wanted: Must Love Books is about a girl who is looking for someone to read her bedtime stories. She meets a variety of fairytale characters who seem up for the job... until they don't. I laughed-out-loud so much I had tears in my eyes reading this story. It was wonderful. I loved the brightly colored illustrations as well. The job resumes at the end of the story were a perfect addition. 📝📚💕

Thank you to Netgalley and Capstone for providing me with a review copy!
Read more
Helpful
Report abuse

Becky
5.0 out of 5 stars A fun story perfect for bedtime!
Reviewed in the United States 🇺🇸 on November 5, 2020
Verified Purchase
This was such a cute story! I loved the premise of a little girl needing to find a replacement bedtime storyteller after her dad gets a new job. Kids will enjoy seeing all the familiar fairy tale characters show up for their interviews and will giggle over the reasons she rejects them. A fun story perfect for bedtime!
Read more
Helpful
Report abuse

Kristy Roser Nuttall
5.0 out of 5 stars This is a book kids will WANT at bedtime!
Reviewed in the United States 🇺🇸 on May 16, 2020
Verified Purchase
I read this with my boys today, and they both thought it was delightful. My son Ty said, "I liked the part where she fired her dad, that was funny!" My son Xander said, "that was a really creative story mom. I liked all of the storybook characters in it." My boys thought the plot was super engaging, and the illustrations really bring the words to life.
Read more

5.0 out of 5 stars This is a book kids will WANT at bedtime!
By Kristy Roser Nuttall on May 16, 2020
I read this with my boys today, and they both thought it was delightful. My son Ty said, "I liked the part where she fired her dad, that was funny!" My son Xander said, "that was a really creative story mom. I liked all of the storybook characters in it." My boys thought the plot was super engaging, and the illustrations really bring the words to life.
Images in this review

Angie Lucas
5.0 out of 5 stars Fun for Fairy Tale Lovers
Reviewed in the United States 🇺🇸 on April 14, 2020
Verified Purchase
Funny and clever, with utterly delightful illustrations, this cute story will appeal to any child who loves fairy tales. When her dad's new job makes him unavailable for bedtime story reading, Shailey interviews a series of new applicants. Snow White, the three little pigs, a fairy tale giant, captain hook, Sleeping Beauty, and other familiar characters all make appearances. And the ending is adorable!
Read more
Helpful
Report abuse
See all reviews