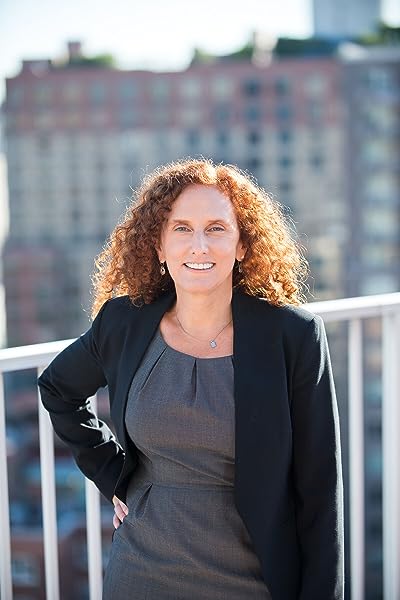 Help at Any Cost Unknown Binding

4.4 out of 5 stars
4.4 out of 5
59 global ratings
How are ratings calculated?
To calculate the overall star rating and percentage breakdown by star, we don’t use a simple average. Instead, our system considers things like how recent a review is and if the reviewer bought the item on Amazon. It also analyzes reviews to verify trustworthiness.

Loyd Eskildson
HALL OF FAME
5.0 out of 5 stars Insightful -
Reviewed in the United States on April 15, 2016
Verified Purchase
Difficult, misbehaving teens are a problem that affects many families. Adding to the problem is the fact that treatments for mental/behavioral problems are underfunded and under-researched. The answer, according to tough love proponents, is that troubled children need to be removed from their environments, insolated, and re-parented. Over the last four decades, a multibillion-dollar industry has grown, claiming to promise peace to parents who send their children to residential facilities for 'tough love' vs. adolescent problems from depression to minor drug use to out-of-control aggression and defiance. The programs also claim preventive powers. Parents who choose such treatment are rarely aware there's no scientific evidence that supports them, how these programs almost invariably exaggerate the risks troubled teens face. And because of the shame associated with seeking help for behavioral problems, parents often don't use their social contacts to seek alternatives.

These programs have enrolled tens of thousands, much of the business is unregulated, and most complaints are dismissed without investigation as simply the lies of troublemakers. The cost of tough love treatment is comparable to the tuition at an Ivy League university. Since insurance generally doesn't cover this care, upper and middle classes are the primary targets. Beatings, extended isolation and restraint, public humiliation, food deprivation, sleep deprivation, forced exercise to the point of exhaustion, sensory deprivation are common. Incessant verbal attacks are a core component. In essence, these abusive, dehumanizing practices are those that reformers of mental hospitals and prisons have attempted to stamp out. While they cannot prove their methods are effective in the long run, they let testimonials tell the story - medical history has shown this to be a poor way to sort out helpful treatments from fraudulent ones.

'Help at Any Cost' goes on to examine four major examples in detail - Straight Incorporated, the North Star wilderness boot camp, the World Wide Association of Specialty Programs, and the KIDS program.

Author Szalavitz contends that not only is the notion that tough love is effective incorrect, the even the need for treatment for most of the teens who currently receive it is suspect. Government statistics show that levels of youth violence, suicide, drug use, pregnancy, and overall mortality have all decreased drastically in recent years. Yet, the media constantly reiterate the idea that each generation's challenges are worse than the last's - continuous fear-mongering.
Read more
12 people found this helpful
Helpful
Comment Report abuse

Hillary Hammers
5.0 out of 5 stars Excellent Resource
Reviewed in the United States on April 27, 2019
Verified Purchase
This book has had me completely
engrossed from beginning to end. The personal stories shared from teens and their family members are truly harrowing. The facts regarding the history and evolution of the troubled teen ‘toughlive’ industry are interesting and informative. If satan were to incarnate in a human body, I think he might look something like the creators and sustainers of WWASP.
Read more
2 people found this helpful
Helpful
Comment Report abuse

Fast reader
5.0 out of 5 stars A plea to "Do No Harm"...
Reviewed in the United States on July 24, 2006
Verified Purchase
Maia Szalavitz' Help At Any Cost is a carefully researched and well-reasoned analysis of the development of "tough love" programs formerly and currently operating in what she calls the "troubled teen" industry, also known as the "behavioral health" industry. I believe the book is destined to become a landmark volume on this topic, and I applaud the author's efforts to bring the issue of institutional child abuse onto the national stage where attention to and debate about this topic is sorely needed.

My perspective as a reviewer is first, as a mother of a daughter who spent nine months in a residential treatment center in Utah in 2005 for treatment of profound depression and suicidality. Secondly, I am a practicing pediatrician and a former master's level social worker. I have personally read nearly every reference which Ms. Szalavitz has used for documentation. I found this book to be written in a very even-handed fashion, especially considering the incendiary nature of the topic and the damning evidence of continuing abuses which continue to be revealed on nearly a daily basis in small, regional publications throughout the country.

It was critically important that Ms. Szalavitz' present the natural evolution of the "teen help" programs as descended from The Straights, because although some of the programs she has thoughtfully dissected are no longer in existence, many of their basic tenets and operational principles have been passed down to new generations of programs. Beliefs such as that all kids are "manipulators" and are therefore not to be trusted, and that kids who arrive in treatment programs must have done something bad and therefore do not deserve respect, are rampant, including in the "good" program which my daughter attended. I fully believe that my daughter and our family were helped by the program she attended, but that doesn't diminish my belief that there is potential for great harm to occur to individual children within individual programs because of a lack of regulatory oversight of these programs. I was particularly impressed with the way Ms. Szalavitz applied her knowledge of both individual psychological forces and sociocultural factors to help the reader understand how even the most egregious programs can flourish and how both parents and kids who have been involved with them can defend them.

As reported by Ms. Szalavitz, the teen behavioral health industry is a billion-dollar a year enterprise, in spite of the fact that a 1999 report by the Surgeon General stated that "there is only weak evidence for their (residential treatment centers) effectiveness" and that "it is premature to endorse (their) effectiveness." Further, in 2004, the NIH concluded that scare tactics used in boot camp type programs "don't work and there is some evidence that they may make the problem worse rather than simply not working." Ms. Szalavitz importantly notes that in spite of a mountain of evidence of demeaning and damaging abuses which have occurred to children in a variety of residential programs in the U.S., both state and federal governments have largely refused to provide oversight to ensure our children's safety. Proposed federal legislation intended to do just that has languished because of a lack of bipartisan support.

Above all, I found Ms. Szalavitz' book to be a heartfelt plea to gather more evidence and do more research to find out what interventions will be truly efficacious for our troubled teens while also embracing the primary tenet of medicine to "Do No Harm." Our society would do well to follow her suggestions in this regard.
Read more
54 people found this helpful
Helpful
Comment Report abuse

Kindle Customer
5.0 out of 5 stars Easy informative read
Reviewed in the United States on August 14, 2013
Verified Purchase
As an "alum" of one of the schools in the book, it was eye-opening and comforting to learn more about the industry that drives these programs. I have bought numerous copies for friends with teens that are struggling to help them avoid the nightmares and PTSD I'll endure for the rest of my life. The troubled teen industry has more staff working to take advantage of and manipulate parents than they do "helping" the teens, shameful!
Read more
15 people found this helpful
Helpful
Comment Report abuse
See all reviews