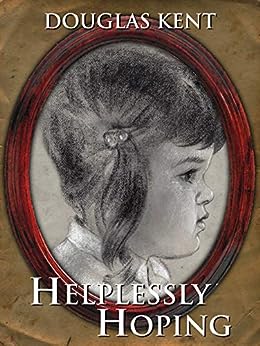 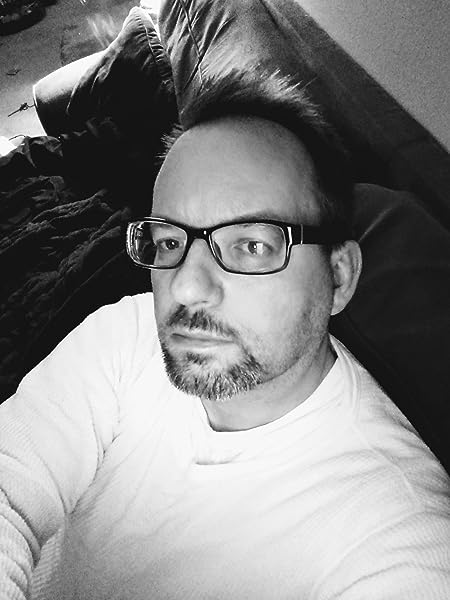 "5 Stars.  Helplessly Hoping is a fantastic memoir. Douglas Kent is able to share his story in a way that is so authentic and engrossing that it occasionally feels like a friend shooting the breeze over a beer. It's a difficult balancing act to invest a reader in a real-life story of people they know nothing about and make them want to know more. Kent delivers with the panache of an experienced writer, injecting wit and humor into a narrative that, in the hands of a less skilled author, might get crushed under the weight of a heavy story. I'm so grateful Kent has shared their story and highly recommend it." - Reader's Favorite

Madeline Ewig
4.0 out of 5 stars Anyone who has experienced sexual abuse, it’s not your fault. Forgive yourself!
Reviewed in the United States on November 17, 2020
Verified Purchase
I could not put this book down. It’s a must read for anyone who has experienced sexual abuse. This affluent family with such horrific dysfunction and the horrible ramifications is truly tragic. As for the author, I truly wish his ex-wife’s family would appreciate all of his love, effort and unselfish support. Hopefully he can experience true happiness and forgive himself!
Read more
One person found this helpful
Helpful
Report abuse

Joshua Papir
5.0 out of 5 stars Read This Book!
Reviewed in the United States on May 12, 2020
Verified Purchase
I was enthralled. I couldn’t put it down! It’s so rare that that a writer can make you feel. It’s tough subject matter but a must read! Hearbreaking is a understatement but really opens your eyes to the struggles that all people face!
Read more
One person found this helpful
Helpful
Report abuse

AlmaTop Contributor: Baby
5.0 out of 5 stars Candid and Heartbreaking
Reviewed in the United States on November 17, 2020
This is a very candid story of the personal tragedies including sexual abuse endured by a young woman named Mara, and the issues stemming from that abuse as well as dysfunctional family dynamics. It is narrated by the author, who was also Mara’s husband, in past tense and as a first person account of about two decades, from the time they met until her death. As a survivor of sexual abuse myself, I was able to identify greatly with some, though not all, of Mara’s struggles and I too found myself helplessly hoping for her to find her way, and turn things around for herself and her partner. The author’s analysis of his life with her throughout this process of looking back and his feelings related to it, are painstakingly clear and also heartbreaking. I am grateful for the opportunity to read this story and commend the author for having the courage to disclose this.
Read more
One person found this helpful
Helpful
Report abuse

david porter
4.0 out of 5 stars Heartbreaking and True
Reviewed in the United States on February 21, 2021
Helplessly Hoping is a heartbreaking book for so many reasons. It’s a story of first love, mental illness, economic hardship and how our families often fail us. Doug Kent’s memoir about his first love and the marriage it became is one of the oddest bildungsromans I’ve ever read, given the challenges he faced as a young man all sprang from mental illness, from his young wife’s bipolar disorder and eating disorder (and the sexual dysfunction, infidelity and sociopathic behavior to which each contributed). After falling in love with Mara during his senior year of high school, Doug takes a plunge into adulthood almost no one else from his background and hometown of Short Hills, NJ, would imagine: marriage and a low-paying job in the city. Less On the Road than Ethan Frome, Doug’s tale is one of tragedy, of youth cut short by a hard adulthood, one he undertook while almost everyone else he knew went off to college and the adventures endemic to that experience. Helplessly Hoping is the story of a sinking ship, the proverbial train wreck, but through it all I never said aloud, ‘why don’t you leave her?’ Save yourself!’ This is a story of empathy and sympathy, of a young man’s heroic struggle which ultimately doesn’t even register as a pyrrhic victory. I understood why Doug stayed, why he took on so much and carried it for so long. Sad as it is, it has much to say about love, about mercy and forgiveness.
Read more
Helpful
Report abuse

Taylor
5.0 out of 5 stars Heart Wrenchingly Beautiful
Reviewed in the United States on May 10, 2020
I absolutely loved this! From the moment I started reading it I couldn’t get enough. The emotional connections ,and quick witted humor was so addictive. You get a chance to really see the outside and inside perspective of love, life, mental illness. Definitely check this out!
Read more
2 people found this helpful
Helpful
Report abuse

Paul G Rauterberg
5.0 out of 5 stars What’s a “wonderful life”?
Reviewed in the United States on August 13, 2020
Just when you think that YOUR life is miserable...you find that it is all relative. This is an engaging look at how scary things can get, but it is not a jarring read. We can all learn from it!
Read more
One person found this helpful
Helpful
Report abuse

Dina Macch
5.0 out of 5 stars Amazing
Reviewed in the United States on August 14, 2020
Love this author, he writes from the heart ❤️
Read more
2 people found this helpful
Helpful
Report abuse

Linda Bowman
5.0 out of 5 stars Truly touching!
Reviewed in the United States on July 14, 2020
This book has such a compelling story. You just want to reach out and gather this young couple in your arms. Their pain and joys tug at your heart strings every step of the way.
Read more
One person found this helpful
Helpful
Report abuse
See all reviews