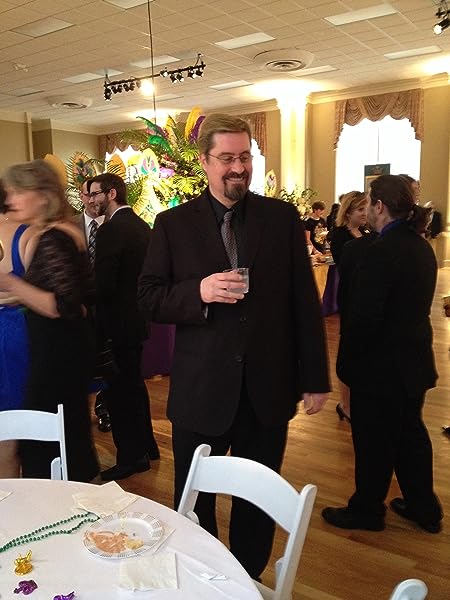 by Tom Holmes (Author)
5.0 out of 5 stars 2 ratings
See all formats and editions
Sorry, there was a problem loading this page. Try again.

Part history, part aesthetic statement, part obsession, Henri, Sophie, & The Hieratic Head of Ezra Pound: Poems Blasted from the Vortex is, most of all, a lyrical exploration of life lived like the sharp cut of a chisel through marble. Henri Gaudier-Brzeska knew that blade hewing stone could reveal energy, that art was controlled energy; Holmes’ poetry – sharply chiseled – both maintains the formal precision of a cut through rock and the passionate intensity of the lives it follows – simply, these poems allow us to see that Henri and Sophie lived in the intense heat of lives blasted out of an important historical moment. This is no small accomplishment. Pound wrote, “Only emotion endures.” Holmes has written of a compelling story in a fine collection of poetry that shows Pound’s assertion to be accurate. – Tod Marshall, author of The Tangled Line and Dare Say. Tom Holmes is often asking questions into the ether. One such recent question wondered who is making the new language, who has a fresh perspective on our poetry? In a roll-back-the-clock kind of way, Tom has answered that question with this book. He has managed to invigorate an under-appreciated branch of Modernism and reconstituted it for contemporary readers, achieving a hybrid of the archaic and the new, which is wholly enjoyable to read. – Thom Caraway, author of A Visitor’s Guide to North Dakota.
Read more
Previous page
Next page

New: Sarah Selects
Sarah Selects is a book club hosted by Amazon Editorial Director Sarah Gelman. Whenever Sarah finds a book that sticks with her, she loves to recommend it to her friends and family. These books are the books she's sharing, so members can talk about them after they’re done reading. Join the club to view and reply to posts from Sarah and get email updates when the January book is chosen. Join the club.

Tom Holmes is the editor of Redactions: Poetry, Poetics, &amp; Prose (www.redactions.com). He is also author of: Material Matters (Kelsay Books, 2020); The Cave, which won the 2013 The Bitter Oleander Press Library of Poetry Book Award and was released in October 2014; Poems for an Empty Church (Palettes &amp; Quills Press, 2011); The Oldest Stone in the World (Amsterdam Press, 1-1-11, 12:00:00 a.m (the first book released in 2011)); Henri, Sophie, &amp; the Hieratic Head of Ezra Pound: Poems Blasted from the Vortex (BlazeVOX Books, 2009); Pre-Dew Poems (FootHills Publishing, 2008); Negative Time (Pudding House, 2007); After Malagueña (FootHills Publishing, 2005), and Poetry Assignments: The Book (Sage Hill Press, forthcoming). And he has been nominated for the Pushcart Prize seven times. He teaches at Nashville State Community College (Clarksville). His writings about wine, poetry book reviews, and poetry can be found at his blog, The Line Break: thelinebreak.wordpress.com/. Follow him on Twitter: @TheLineBreak

Mary L. Welborn
5.0 out of 5 stars Beautiful poetry...and I am not a lover of poetry!
Reviewed in the United States 🇺🇸 on October 18, 2009
Verified Purchase
I am not a poetry fan but Tom Holmes' writing has touched me in a way very few poets, alive or dead, have. His use of language and his artistry have made a believer of me. This isn't his first collection and I can only hope that it won't be his last.
Read more
Helpful
Report abuse

V. Rosella
5.0 out of 5 stars Loved it!
Reviewed in the United States 🇺🇸 on October 22, 2009
Verified Purchase
I really enjoyed this book. It is different from any other book of poetry that I have ever read. I recommend it highly.
Read more
Helpful
Report abuse
See all reviews