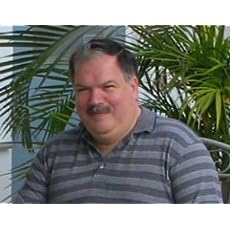 Henry E. Neufeld is the owner of Energion Publications. His major statement of faith and his vision for the church can be found in his book Not Ashamed of the Gospel: Confessions of a Liberal Charismatic, and involves a call to demonstrate our love for God by loving our neighbors as ourselves, and engaging in dialogue rather than conflict.

He received his BA in Biblical Languages from Walla Walla College and his MA in Religion, concentrating in Biblical and Cognate languges from Andrews University. He did one quarter additional work in linguistics at the University of Illinois at Chicago Circle, and also completed an Associate of Applied Science degree in Interpreting and Translating from the Community College of the Air Force while on active duty.

He left both the church and church service following his graduate education. He served in the U. S. Air Force for 10 years as a linguist. He returned to the church in a United Methodist congregation (Pine Forest United Methodist Church in Pensacola, FL) where, in 1995 he was one of the founders of Pacesetters Bible School, a non-profit organization dedicated to lay education and pastoral continuing education.

Henry hopes that his own books, and those published by Energion Publications will help build the kingdom of God.

He lives in Cantonment, FL with his wife of nearly 10 years. They have three children, John (who coaches), Janet (she and her husband are pastors in Ft. Worth, TX), and James who has gone on to be with the Lord. They have five grandchildren.
Read more 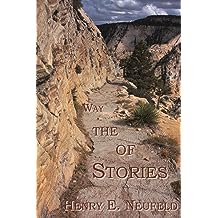 Much of the text in the Bible is in the form of stories. From Old Testament tales of the patriarchs to the parables of Jesus, the reader is confronted with a variety of narratives. Even in those places where Bible writers are making and explaining statements of fact, there is a story in the background.

What do these stories mean? Bible teacher, writer, and publisher Henry Neufeld thinks that's the wrong question to ask. (Yes, there are bad questions ) We spend a great deal of time trying to reduce Bible stories to a series of statements of fact, sucking the life out of them in the process. We don't understand one of the parables of Jesus better when we've come up with a moral for the story. In fact, we've lost some of the meaning.

Instead, Henry suggests learning to think more in the form of stories. In fact, he even asks us to consider looking at the stories behind the various statements of fact in the Bible, finding similarities in our own stories, and even weaving new stories from our imaginations. This, he teaches, is the best way to learn to make scripture come alive and to live it. This collection of short stories is not presented primarily as stories to read, but as a challenge to put your imagination to work as you study the Bible-to write your own stories. When you've let your imagination break the bounds of your life the Holy Spirit can then show you how to live new stories in your own life and in your relationships with family, friends, church, and the entire world.

This book includes 25 short stories. All but two of these stories were originally published on the Jevlir Caravansary fiction blog. Two new stories, "The Magic Sword" and "The Juror's Oath" were written just for this collection. Scripture references and thought questions have been provided for each story to help small groups use them in discussions. Come join the story. 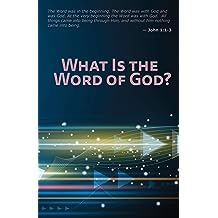 What is the Word of God? Is it the Bible?

This pamphlet looks at the Word of God as used in scripture and Christian tradition to outline the various ways in which this term is used. It includes a discussion of how words spoken as God's words become scripture. 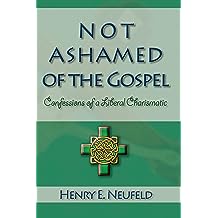 What is the good news? If the gospel that Jesus taught is so good, why are Christians so bad? How can Christians relate to people of other faiths or of no faith at all?

Bible teacher Henry Neufeld wrestles with these issues in this book. This is not a book of theology. It is his personal testimony of what Jesus means in his life, and how one can be both a serious, committed Christian and a strong proponent of diversity and dialogue. In fact, he finds in the gospel not just permission to be tolerant, but a command to be open, honest, and clear in his convictions, and yet non-judgmental of the views of others.

Henry's understanding of Christianity is built around the incarnation. If God can cross the gap between the infinite and the finite to experience life with us, surely we can cross the gap between ourselves and our fellow human beings. "You are never more God-like than when you open your heart's door to another person. The more different they are, the more God-like that action is," he says in describing how Christians should seek to build relationships. 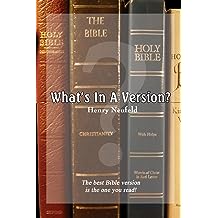 What's in a Version? Nov 26, 2004
by Henry E Neufeld
( 4 )
$4.99
Henry E. Neufeld writes about Bible translations from his knowledge as a student of Biblical languages, and his experience teaching them to laypeople and discussing them on the internet. Many people have questions about translations because they do not understand how translations are produced. Much of the material available is either polarizing, or is provided to advocate a particular version. What's in a Version? strives to provide a basis for lay students to understand how translations are made so they can understand the arguments and become confident of the Bible version they choose to use for reading and study.
Read more
Other Formats: Paperback , Mass Market Paperback 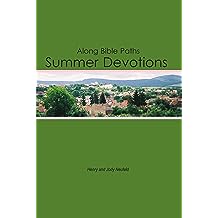 Along Bible Paths:: Summer Devotions Jun 3, 2010
by Henry E. Neufeld
$0.99
Along Bible Paths: Summer Devotions grew out of the daily devotional e-mail list that Jody Neufeld began in 1999 to encourage others to begin their day with the Lord. Many continue to enjoy these thoughts in their e-mail every weekday morning, or via the Jody's Devotionals blog. This book is a collection organized for the summer. We hope many more will enjoy these in printed form.
Read more
Other Formats: Paperback 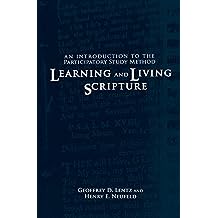 Learning and Living Scripture Feb 26, 2010
by Geoffrey D Lentz
( 2 )
$2.99
Geoffrey Lentz and Henry Neufeld, a pastor and a teacher team up in Learning and Living Scripture to present the Participatory Bible Study Method, an approach to Bible study that is rooted in the conviction that God can and will speak to us in scripture. They bring together their different experiences and perspectives to present this method of study in a practical, usable way. There are three key elements to this study: 1. The integration of prayer and study 2. Serious questioning and research that is nonetheless within reach of the non-scholar 3. Study in community with both witness and accountability through sharing In this guide you will learn to integrate prayer and scripture reading while also being faithful to the historical meaning of the text and its use throughout history by the community of faith. This method is not just about study and learning facts; it's about letting the God who gave scripture live in and through you, as you learn and share.
Read more
Other Formats: Paperback 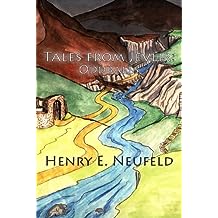 Simple Risk: Marita is a teenager, or at least she thinks she is. Nobody knows, not even her noble adoptive parents. But she has been arrested near a bank with gold bars bearing the bank s stamp. Now she ll go on trial for armed robbery, and the penalty is death.

The Call: Hedder doesn't have any gifts other than following a plow or silencing a squalling child until the king's knight comes along with a call.

A State of Mind: Laaraalindarinaaz, more commonly known as Lara or even just La needs a weapon to drive the pirates from her village. But can a weapon be more dangerous than the pirates?

In this collection of ten fantasy short stories, eight collected from The Jevlir Caravansary story blog, and two written especially for this collection, the author portrays parts of an alternate universe he created originally for adventure gaming, but which now forms a background for story writing. Each major character illustrates some aspect of the background world. Together they begin to form a tapestry. These stories are written for fun, not education. They offer the opportunity to play with some different rules and different consequences, and to look at the people such a world might produce. 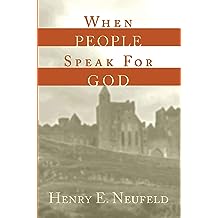 When someone claims they have a message from God, how do you decide whether to believe them?

This question has been with people of faith at least since Abraham heard someone-God, as it turned out-telling him to leave home and go to a place he would be shown. Other people have left their homes thinking God was guiding them, and have ended up with nothing but trouble.

And what about books? When someone claims a book is inspired by God how do you determine whether they are right or wrong? Very often they will be telling you that your eternal destination depends on believing what they say, and yet others will say that their book is right. Is it possible to know?

Interpretations of those books can be equally difficult to judge. People with special interpretations of scripture often claim just as much authority as those who claim to be prophets. If you reject their interpretation, you are rejecting God himself. How do you make a wise decision?

Writer and Bible teacher Henry Neufeld wrestles with these questions in these pages. You may not like some of the answers, but you will be challenged as he calls us each to focus first on the conversation with God and then to each be responsible for learning God's will for our individual lives. 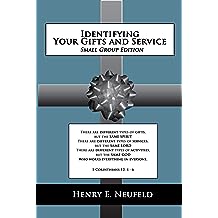 The original edition of Identifying Your Gifts and Service was a program for whole church congregations, led by a teacher, to discover their gifts and place of service. It contained a survey, as does this book, but that is not a typical scientific survey designed to discover what kind of personality you have, what you feel like doing, or even what your talents are. The author believes that the key to identifying spiritual gifts is a process of spiritual discernment, a process that takes place in the Body of Christ, your local church congregation or group.

This Small Group Edition is designed for a group of people to study together. The lectures and study materials are provided in the various chapters. With the cooperation of your pastor and church leadership, you can identify your gifts and find your place of service in your church congregation. In going through this process you will be invited to shake off some of the walls and limitations you have placed on yourself and open yourself up to the full call that God has on your life.

Discovering and using your Spiritual Gifts is an adventure! Get involved!