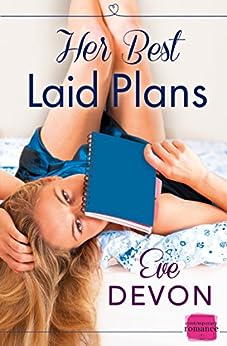 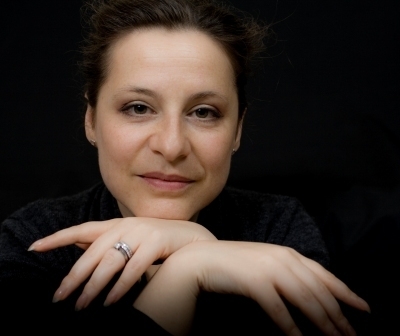 I write sexy heroes, sassy heroines & happy ever afters…Growing up in locations like Botswana and Venezuela gave me quite the taste for adventure and my love for romances began when my mother shoved one into my hands in a desperate attempt to keep me quiet!

I live in leafy Surrey in the UK, a book-devouring, slightly melodramatic, romance-writing heroine with my very own sexy hero husband!

BWH
VINE VOICE
4.0 out of 5 stars Stick with it- it gets better!
Reviewed in the United States on December 19, 2016
Verified Purchase
It was hard to like these characters in the start. Amanda was flighty and seemed to have no direction. Jared was hard, unflinching and egotistical. I could not see here 2 as best friends, but they were. It's only after hearing more of their backstory that the reasons for why they are like they are makes their commitment to each other believable.
Amanda is in search of direction and Jared offers her a way to find it. Jared is visited by an estranged sister and a possible reconciliation with his father and family seems possible.
They both need each other but seem unwilling to admit or commit to it right now. Their story ended much better than I expected and I'm so happy that I stuck with it.
Read more
Helpful
Report abuse

JD
5.0 out of 5 stars her best laid plans
Reviewed in the United States on September 12, 2014
Verified Purchase
After her parents death her brother raised her. Now he has become a lawyer and she needs some plans for her life. Their friend Jared was a successful businessman but felt responsible for the accident where her brother became a paraplegia. Failing at her one interview Jared offers her a job that requires she move to London with him to help reconcile the family business. The last time he saw his family was 12 years and now his father was dying and his sister asked for his help. There are some graphic sex scenes but I skipped reading those sections.
Read more
One person found this helpful
Helpful
Report abuse

Sarah B.
5.0 out of 5 stars Sexy, swoon-worthy romance!
Reviewed in the United States on February 27, 2014
I loved this book enough to give up a half night's sleep to finish it, which is saying something. The characters are real, the romance believable. And as naturally as the characters fell into their love affair, they fell into the conflict. Some books read as if the conflict was injected just to give the characters something over which to stumble, but for these characters it went bone deep--not just something as that happened to them, but as integral pieces of who they are. And they fact they overcame such deep conflict to find their HEA made this book doubly satisfying.

And then there was THAT MOMENT. The one I can't give away, but suffice to say when it happened I felt like I was staring down the first big hill on a roller coaster. Never before has my stomach dropped while reading like it did when the heroine's, erm, mistake was revealed. Ms. Devon, I bow down to you. That was so well done I actually felt sick. (Thank you. I think.)

This book has lots of heat. The author ensures the reader has a front row seat for all the action, but it's written in a sensual, tasteful way that has swoon-worthy written all over it. It's a wonderful, feel good romance (well, other than THAT MOMENT where I hyperventilated a little with OMGness) that readers of contemporary romance will adore. Five stars!

LoveBooks212
4.0 out of 5 stars Fun Flirty Romance with a Real Story
Reviewed in the United States on April 27, 2014
From the beginning I was happy I picked up Eve Devon's Her Best Laid Plans. First off, I love romances set in cities, and this one treated me to both New York and London.

Next, I like it when a character starts out in a bad place, but has a willingness to change her life despite her fears or the consequences. From the start, Amanda declares that she's ready for a change. She wants a richer more meaningful life, and she wants to stop imposing on her brother.

Enter Jared, her friend and her brother's best friend. Amanda has a buddy-type relationship with the smooth, rich, hot Jared. She feels tied to him so much so that she's willing to play wingman to him and help him extricate himself from the clutches of various clingy women with whom he's willing to have a nice night, but unwilling to spend serious time with.

Amanda can't help but feel the pull toward his sexuality, but she tries to keep boundaries, both because Jared is brother Mikey's friend and because she's both been hurt in the past by external circumstances and made her own mistakes. Jared keeps boundaries perhaps out of a sense of decency about not crossing the lines with friends or perhaps out of a debt he feels he owes Mikey. On top of that, Jared is a damaged man both in terms of history with women and history with family.

Jared cannot keep Amanda at arms length, however. He always seems to be inventing ways to cross paths with her. When a specter from his history comes in to the picture, Amanda is there, as always, playing a role in his drama and offering support. When Jared offers her a job in London, Amanda surprises herself by taking a risk to change life, location, and comfort level in order to accept.

The sexual tension between the two is delicious. As usual, as a reader I thought, "Why don't you just do it???" but there is an answer to that that I won't give away in this review. Yes, there is the basis of friendship, but there's even deeper and more emotional territory that gets explored.

There are interesting psychological aspects to their relationship and their individual growth, which makes this richer than your run-of-the-mill H!QN/M&B, but there's also a real sense of fun. I enjoyed the banter between the two of the main characters and even felt that the hot scenes had wit and humor on the part of the author. The flirtiness is the kind of thing I look for in steamy, naughtier books when I need an escape. I got it here in spades.

I got the romp of a journey, the sexy fun, the change in the main girl, and the happy ending that I wanted when I laid eyes on this cover. I would recommend that to anyone looking for a light, sexy read that will leave you feeling like real change and HEAs are possible in life.
Read more
One person found this helpful
Helpful
Report abuse

E L Meakin
4.0 out of 5 stars Her Best Laid Plans
Reviewed in the United States on March 7, 2014
Raunchy and cheeky contemporary romance. I loved the banter between Jared and Amanda - both delightfully screwed up individuals in their own separate ways. Really it's actually a story about opposites and dichotomy, right down to the split settings of New York City and London. I loved the banter in the dialogue and the steamier scenes had that same sense of fun and abandon about them. Can't wait for more from Eve!
Read more
3 people found this helpful
Helpful
Report abuse

Queen B
5.0 out of 5 stars A gorgeous leading man...
Reviewed in the United States on July 9, 2014
Amanda doesn't know what she wants from life but she does know she mustn't ever get hung up on Jared King. Ooops! Taking the job as his PA can Amanda steer Jared in the right direction with his family and the King empire and avoid the deepening attraction between them?

A passionate read with a sweet heroine and a sexy male lead. Would recommend!
Read more
One person found this helpful
Helpful
Report abuse
See all reviews

RainbowLady72
5.0 out of 5 stars Another brilliant book that made me giggle on the bus!*****
Reviewed in the United Kingdom on October 19, 2017
Verified Purchase
As with the other two books I was hooked on the gorgeous writing in this book from start to finish..I chuckled and became teary eyed in equal measures. The only downside to reading the first book last is that I already know what happens next..but that is a good thing too,of course! I have loved getting to know the King family and I would be very happy to see more of them too. That photograph..the strongest Symbol of Hope brought a tear to my eye. The head of the King family held court throughout all of the books and it was lovely to 'see' that lasting symbol as part of a talented young womans future. Especially knowing that he was a big part of it all and that he helped his family to help themselves make a difference in their own lives.
Congratulations, once again, to Eve on some absolutely fabulous writing. ********
Read more
Report abuse

Queen B
5.0 out of 5 stars A gorgeous leading man...
Reviewed in the United Kingdom on July 9, 2014
Verified Purchase
Amanda doesn't know what she wants from life but she does know she mustn't ever get hung up on Jared King. Ooops! Taking the job as his PA can Amanda steer Jared in the right direction with his family and the King empire and avoid the deepening attraction between them?

A passionate read with a sweet heroine and a sexy male lead. Would recommend!
Read more
2 people found this helpful
Report abuse

Incy Black
4.0 out of 5 stars Laugh, cry, prepare for full engagement
Reviewed in the United Kingdom on April 2, 2014
Verified Purchase
Fresh and engaging, with a heroine (Amanda) and a hero (Jared) providing plenty of emotional depth to satisfy. Both resist the inevitable, something that Ms Devon handles brilliantly. Amanda is fun, hugely likeable, and Jared is complex. Hot, but complex. And the dialogue between these two is refreshingly real and unforced. You can actually hear them!

Rachel Dexter.....!
5.0 out of 5 stars Buy this book and read in the spring sunshine with a glass of wine!
Reviewed in the United Kingdom on March 23, 2014
Verified Purchase
Another great read from Eve Devon! Wonderfully original storyline with complex characters full of ambition and fear, exposed to the reader with insightful and witty pros. Added into the mix are the lead characters dysfunction families, some secrets from the past, hilarious mistakes and a red hot romance.... no wonder i couldn't put it down!!
Read more
One person found this helpful
Report abuse
See all reviews
Back to top
Get to Know Us
Make Money with Us
Amazon Payment Products
Let Us Help You
EnglishChoose a language for shopping. United StatesChoose a country/region for shopping.
© 1996-2021, Amazon.com, Inc. or its affiliates