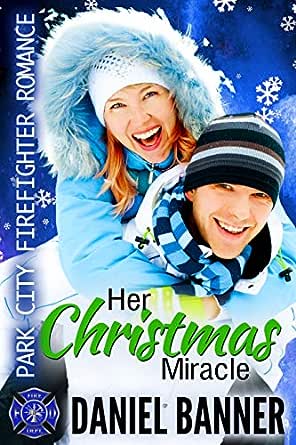 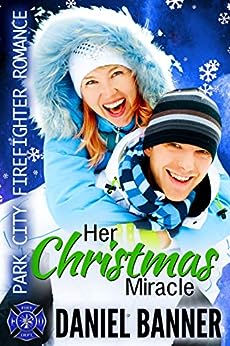 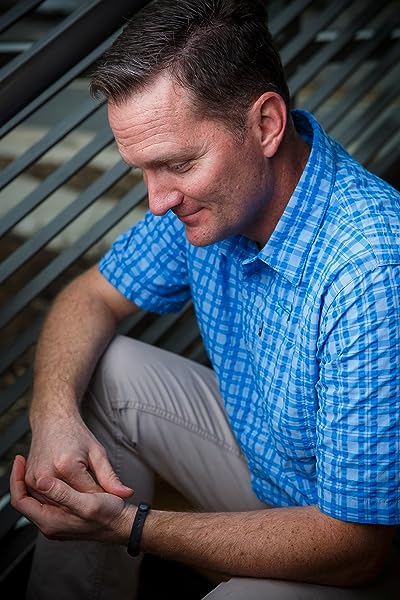 4.3 out of 5 stars
4.3 out of 5
19 customer ratings
How does Amazon calculate star ratings?
Amazon calculates a product’s star ratings based on a machine learned model instead of a raw data average. The model takes into account factors including the age of a rating, whether the ratings are from verified purchasers, and factors that establish reviewer trustworthiness.
Top Reviews

The Voracious Reader
4.0 out of 5 stars Hard to Accept All of Plot
Reviewed in the United States on December 19, 2019
Verified Purchase
After a harrowing experience at the end of some dates, Jillian hears a voice inside her telling her not to date again unless she sees the guy by accident three times first. But when she meets Jak Finlayson, she wants to break that rule.

After meeting Jillian, Jak finds himself deeply, passionately in love and knows she is the one. When she tells him she won’t date him unless they run into each other two more times by accident, he’s sure he will see her again soon. However, that doesn’t happen right away. He begins to wonder if it ever will until a mysterious old woman brings a strange fruitcake by the fire station, and promises if he eats some, he will get his Christmas miracle. Then, she vanishes before his eyes. But the old woman’s fruitcake prophecy doesn’t make things as easy as Jak had hoped.

I had a hard time rating this book. There were parts I loved. Jak is a wonderful hero and so committed to his job of saving lives as well as finding Jillian. Jillian wasn’t nearly as fleshed out, and I couldn’t like her as much. No matter how it was set up, it was hard for me to accept her promise not to date until she accidentally met the guy three times. It was even harder for me to accept the fruitcake prophecy. It was just not presented in a believable way. Love at first sight this strong and deep was hard to believe, too. As you can imagine, the whole plot was built around Jak and Jillian missing each other or not recognizing the other when they did get near. The whole setup just had a frivolous feeling about it. The fact that Jak was such a strong, lovable character carried the story and kept it from completely falling flat. I finally gave it 3.5 stars, which rounded up to a four.
Read more
Helpful
Comment Report abuse

Jeri Smith amazon Customer
5.0 out of 5 stars Review
Reviewed in the United States on November 7, 2018
Verified Purchase
This was a great book! I love the Park City Firefighter Romances! Daniel is a great writer and i have let my friends know!
Read more
2 people found this helpful
Helpful
Comment Report abuse

Salutmel02
4.0 out of 5 stars Christmas miracles do happen
Reviewed in the United States on December 5, 2018
Verified Purchase
Beautiful love at first sight with a twist story. Jak and Jillian's journey to HEA is an interesting one, but full of beauty and miracles. I loved their instant connection and the great banter they had. I also enjoyed all the secondary characters who were like family. Perfect story to put you in the Christmas spirit!
Read more
Helpful
Comment Report abuse

SL K(The Flipped Page)
3.0 out of 5 stars Cheesy but cute novella
Reviewed in the United States on December 21, 2019
Verified Purchase
Cute run with a retelling of a children's poem. Even the ski moment in the hill. Light quick clean romance.
Read more
Helpful
Comment Report abuse

Kindle Customer
5.0 out of 5 stars Her Christmas Miracle
Reviewed in the United States on December 15, 2018
Her Christmas Miracle
Jak and Jill
Went up the hill
But before they can come down, happily, forever, they have to meet three times. Three unorchestrated times. It will take a little Christmas magic and some sneaky angelic ladies to make it happen. And lots of patience.
Such a cute story for the Christmas season!
Read more
One person found this helpful
Helpful
Comment Report abuse

Joyce
5.0 out of 5 stars You can believe in miracles
Reviewed in the United States on November 10, 2018
Love the fact that faith was wrapped into the story. His 'gut' told him when something was going to happen and he followed his instincts. Great story about faith, love and belief.
Read more
One person found this helpful
Helpful
Comment Report abuse

Kindle Customer 3
5.0 out of 5 stars Destiny And Romance
Reviewed in the United States on November 11, 2018
This is a refreshing and heartwarming romance with a little bit of everything with romance destiny happy and even a little sad on their journey towards true love.
Read more
One person found this helpful
Helpful
Comment Report abuse

Kenni J Fewin
5.0 out of 5 stars 3 times a charm!
Reviewed in the United States on November 19, 2018
Jack and Jillian both have a prophecy for love they believe will be filled but can they wait for God to work in his own time? I loved this book! Sat on the edge of my seat as time ticked down! If we could all learn to wait on God’s timing and strive to follow His path!
Read more
Helpful
Comment Report abuse
See all reviews from the United States