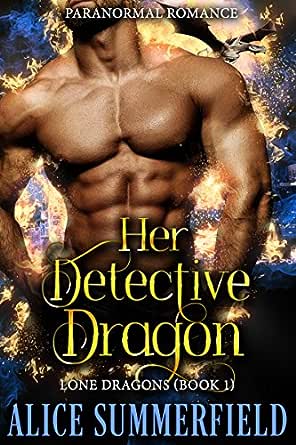 You've subscribed to Lone Dragons! We will preorder your items within 24 hours of when they become available. When new books are released, we'll charge your default payment method for the lowest price available during the pre-order period.
Update your device or payment method, cancel individual pre-orders or your subscription at
Your Memberships & Subscriptions
There was an error. We were unable to process your subscription due to an error. Please refresh and try again. 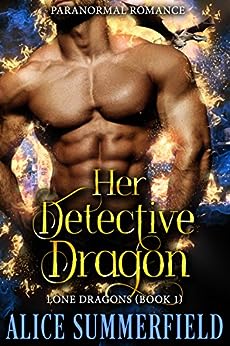 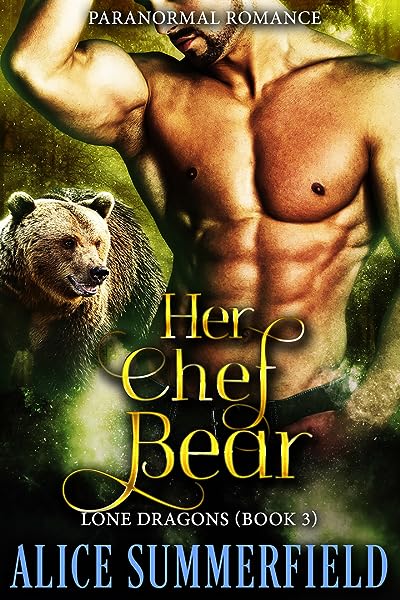 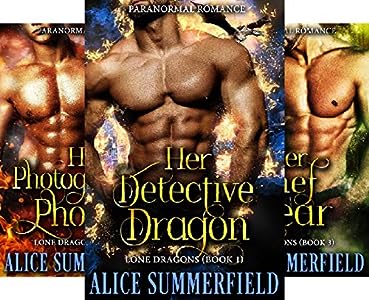 Amazon Customer
5.0 out of 5 stars Everything I like in a shifter romance
Reviewed in the United States on December 14, 2020
Verified Purchase
What is the best thing about this story? No beating around the bush. No silly miscommunication to ratchet up suspense. Just two people who meet, like each other, and let it blossom into love. This is the dragon shifter I want.
Read more
Helpful
Report abuse

Kindle Customer
5.0 out of 5 stars Her Detective Dragon
Reviewed in the United States on November 30, 2020
Verified Purchase
Great story! It caught and held my interest form the beginning to the end. I loved that the heroine could feel their bond!
Read more
Helpful
Report abuse

nyrican4t-A-Bibliophile
4.0 out of 5 stars Delicious
Reviewed in the United States on August 19, 2019
Verified Purchase
I am thoroughly enjoying this take on the shifter world highlighting dragons. The characters are quite enchanting and written so that one is cheering for them. The romance is hot makes one want a dragon of their very own.
Read more
Helpful
Report abuse

Annie B
2.0 out of 5 stars Not what I expected
Reviewed in the United States on December 6, 2020
Verified Purchase
The description of the book created an expectation that went unfulfilled. The idea was good but it didn't have any meat on the bones
Read more
Helpful
Report abuse

S Lange
2.0 out of 5 stars Angst, Angst With A Side Of Angst
Reviewed in the United States on January 22, 2019
I used to love the dragon genre but lately it feels the genre has taken a turn for the dreadful in the reading category. I only read them on occasion now, every once in a while I find an author that restores my faith in the genre…unfortunately this author does not.

We are introduced to Ana our female lead as she is walking along a dark road in the rain from the worst date ever. We don’t get to experience the date, just told it was the worse date ever. Ana is wearing her CFM shoes so one would assume she was in the mood for some close intimate contact. Evidently when her date decided to take her up on the offer she was not impressed and put herself in a dangerous situation that left her walking home in the dark in said shoes. Pause for a moment here - she leaves the house without her purse or cellphone? In this day and age when does some one leave their house without either one? Wasn’t sure if this was a blind date or not. We usually have a code for our friends if the date sucks to come and rescue us. She didn’t have anything to make her autonomous.

Grissom our storm dragon, who also happens to be a police officer, rescues Ana. These two obviously had more chemistry than Ana’s date, from earlier that evening and the two of them have an impromptu date after she cleans up at her apartment. It seemed at that point that the story was going to head for sweet and syrupy…have no issues with that sometimes you want a sweet story to make you smile. Unfortunately this turned into a triad, Ana, Grissom and Ana’s massive insecurity. It permeated the entire story, very little of Ana’s thoughts about Grissom did not involve some form of insecurity.

Grissom was besides hot, a sincere caring man. He was solicitous towards Ana, always inquiring about her wants, needs or desires. He was interested in her art work and making her feel confident within herself, he took her to very nice places and even said the “L” word about half way through the book. The guy was very much showing how he cared. After professing his love, Ana still wondered if he was into her? I mean what did she want? Did he need to tattoo it on his forehead? Skywrite it? Take out an AD on a billboard? Or have every bus carry an AD splashed on the side in town declaring his love and devotion to her? I mean woman he was doing everything to let you know.

Grissom had money and Ana was just let go from her job, so one can understand some initial trepidation on their economic differences on her part. However not once did Grissom act like a snob or demean or belittle her because of her lack of wealth. He also understood her need to be independent and he was super encouraging about it. Ana went on and on in her head about, why he would be interested in her when he had money? She was always thinking or worrying about how much money he spent and her lack of it. After a while it just got so repetitious and annoying.

This was a dragon book, however Grissom’s dragon didn’t make an appearance until about half way through the book. Then it was only that an appearance. Nowhere else in the book did Ana every allude to knowing about “were” folk, but once Grissom’s dragon came out, we once again went down the insecure road again with Ana as to why he would want her. Suddenly she knew about the type of dragon he was and all this history about dragons. Did she get sudden knowledge by seeing his dragon? The story hadn’t really gone into anything really significant about his species and how did she know what she knew?

This was also supposed to be a mystery…a mystery that solved itself within a nano second. I mean the mystery angle was so weak and contrived and the rescue was so after school special that I just forced myself to continue the story to give the review.

Between Ana’s massive insecurities and the lack of any real story besides Ana’s angst and the limited dragon appearance plus the attempt at a mystery this was a very painfully long short read.

I received a free copy of this book via Booksprout and am voluntarily leaving a review.
Read more
7 people found this helpful
Helpful
Report abuse

Kindle Customer
3.0 out of 5 stars When a bad day gets great.
Reviewed in the United States on January 22, 2019
A good read. Okay the plot was obvious as were the criminals but still an enjoyable read. The characters are fun, exuberant and full of life.
She's been made redundant and now her 'date' had forced her to walk miles to get home. Worse her feet already had blisters, it was pouring and now some asinine truck driver had driven through a puddle and soaked her with filthy water. A car stopping and offering a lift sounded just a touch out of place until she saw his detective badge. So began there courtship. He always thought he would be alone and she's like a gift from above. Especially as he's getting really frustrated about the case he is working. A kidnapping that ended well but not before a quarter of a million was paid over. Finding another job is her next priority and the heavens must have been smiling because she does. A coffee shop that only takes cash and pays it's employees in cash. As the couple get closer, the fact that he has a trust fund becomes clearer. A misunderstanding leads him to tracking her down at the coffee shop. His suspicions are aroused. Will she be safe? Is the coffee shop suspicious?
Read more
One person found this helpful
Helpful
Report abuse

A. K. Barker
4.0 out of 5 stars Her Detective Dragon
Reviewed in the United States on January 23, 2019
I received a free copy of this book via Booksprout and am voluntarily leaving a review.

I liked the characters and ultimately I do like the story, but I had a bit of issue with the world-building and some of the flow. I felt like too much of the world-building (especially as it references the dragons) was just glossed over or randomly thrown into the story. With the exception of a mention of Grissom being a storm dragon (and triggering a storm) early on in the story, the first half (or so) almost read more like a contemporary romance rather than a paranormal. It didn't make for a bad story, just made the paranormal elements later seem off compared to the earlier story. I liked Grissom, though I do wish we got a bit more of his family. Although I worried a bit about Ana's self-confidence in the story, I did find her likable. The romance side of the story does work well, I liked that the romance was built over the story.
Read more
Helpful
Report abuse

M. Sneyd
5.0 out of 5 stars Ana is having a really bad day when she meets Lone Dragon shifter Grissom.
Reviewed in the United States on January 25, 2019
Ana was having a bad day she had been fired from her job then her date had dumped her in the middle of nowhere when she refused his advances. Stranded she starts walking back to town in her er little black dress and high heeled shoes then it starts to rain and finally it becomes a thunderstorm. When a speeding truck spays her with muddy water she screams to the heavens and fails to see the truck behind it pull up until a voice asks if she wants a lift. Police detective and Dragon shifter Grissom sees the drenched figure at the side of the road in the lights of the truck in front and decides to stop but the female is wary of accepting a lift until he show her his badge. Once she is in the truck he finds his interest in her growing. A Dragon shifter romance to relax and enjoy.