You've subscribed to A Clean Billionaire Romance! We will preorder your items within 24 hours of when they become available. When new books are released, we'll charge your default payment method for the lowest price available during the pre-order period.
Update your device or payment method, cancel individual pre-orders or your subscription at
Your Memberships & Subscriptions
There was an error. We were unable to process your subscription due to an error. Please refresh and try again. 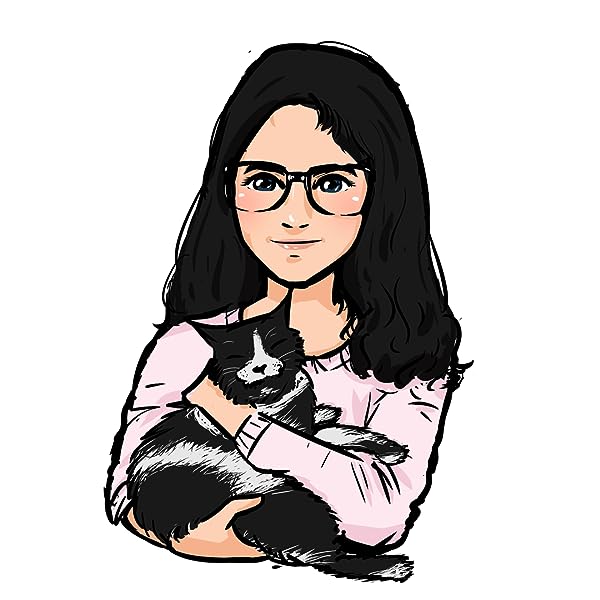 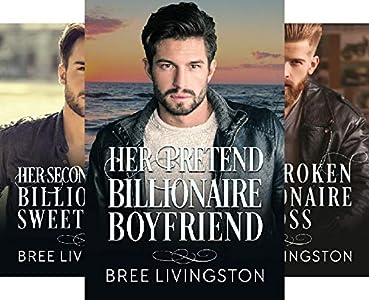 4.7 out of 5 stars
4.7 out of 5
119 global ratings
How are ratings calculated?
To calculate the overall star rating and percentage breakdown by star, we don’t use a simple average. Instead, our system considers things like how recent a review is and if the reviewer bought the item on Amazon. It also analyzes reviews to verify trustworthiness.
Top reviews

April Hogue
5.0 out of 5 stars Absolutely loved this sweet and clean romance!
Reviewed in the United States on May 14, 2019
Verified Purchase
I loved Alana and Steele's story! Their chemistry was off the charts!! I really loved that they were flirty and liking each before either of them knew she was his new temp secretary, and then afterwards, continued to carry it on because they genuinely liked each other. Steele figured if he was going to go along with his blackmailing father's scheme of a fake girlfriend with whom to propose to after a short courting period, he was at least going to pick someone he liked. Alana didn't want to be paid to date the boss she liked, but it was the only way to pay off her ailing father's house which she was just scraping by paying his mortgage each month. The lines began to blur quickly for both of them, but they had that blasted contract hanging over their heads. This is one of my favorite books by Bree Livingston. There was just something about Alana and Steele that drew me in from the beginning and rooting for their happily ever after. This is a 100% clean romance: no swearing and no sex.
Read more
One person found this helpful
Helpful
Report abuse

W Liendro
5.0 out of 5 stars A clean well written love story
Reviewed in the United States on June 6, 2018
Verified Purchase
I love the whole fake fiance scenario. Add in the evil control freak father and it's a great story in the making. Between a boyhood tragedy changing his life and his father holding him to blame for it Steele has no idea who to trust. Alana enters his life and his father immediately finds a way to use her for his plans to have Steele run for Senate. Can Steele find a way to let her into his heart? Will he ever be able to trust her completely? This book was very entertaining. I couldn't wait to find out if his father ever got what he had coming. You won't be sorry you invested your time or your money in this book.
Read more
Helpful
Report abuse

Jazz Fan
5.0 out of 5 stars Great story
Reviewed in the United States on January 19, 2019
Verified Purchase
This is my favorite book by Bree so far. I read it in 2 days. I had a hard time putting it down. I couldn’t wait for Mitchell to get some type of punishment. He was so cruel. My heart went out to Steele and Alana for different reasons. Pick up this book. You won’t be disappointed.
Read more
One person found this helpful
Helpful
Report abuse

Lorena Helfers
5.0 out of 5 stars This Certainly was clean but engrossing
Reviewed in the United States on June 12, 2018
Verified Purchase
There are only a few authors I read that are clean. One that I can remember is the Widow Mouse by Biery. It was so sweet and gentle that no other explanation was needed. The love in this story was much the same only up dated. The MOST NASTY father was really bad. Karma got him in the end. It really was goo reading. I stayed up until 4 o' clock to finish it.
Read more
Helpful
Report abuse

B. A. E.
4.0 out of 5 stars Lovable characters
Reviewed in the United States on August 30, 2020
Verified Purchase
Alana is a very sweet girl going through financial and emotional hardship. Steele is a under his dad's thumb and hating it. Through twists and turns they start dating and the adventure begins!
Read more
Helpful
Report abuse

Becky
5.0 out of 5 stars Clean Romance
Reviewed in the United States on June 16, 2020
Verified Purchase
This was my first Bree Livingston book and it won’t be my last. Yes there was some repetition, but the story and the romance made up for it. A 300 page book that I finished in two days.
Read more
Helpful
Report abuse

Kylee Borge
5.0 out of 5 stars Loved it!!
Reviewed in the United States on June 19, 2019
Verified Purchase
Man these books make u want more and more!!! They are fun, clean ,amazing reads that make u not want to put them down!!! Loved every bit of it and can't wait for the next one!!
Read more
Helpful
Report abuse
See all reviews

Darlene
5.0 out of 5 stars Love and honesty prevail.
Reviewed in Canada on October 21, 2018
Verified Purchase
I totally loved Alana and Steele the two main characters of this book. Steele’s Father was something else. The story was so well written my interest was captured right from the start. Bree Livingston (the author) threw a few wrenches into the plot and knocked you for a loop. A most interesting love story. It was clean. I know you will enjoy it as much as I did.
Read more
Report abuse
See all reviews