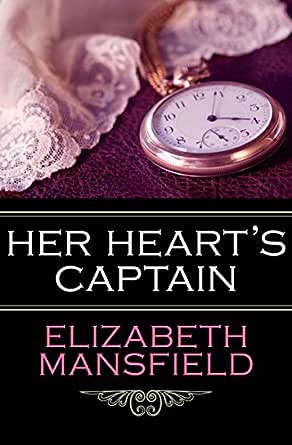 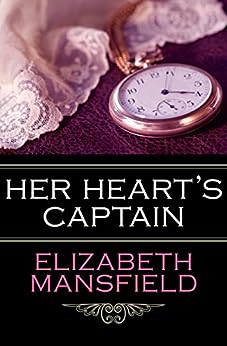 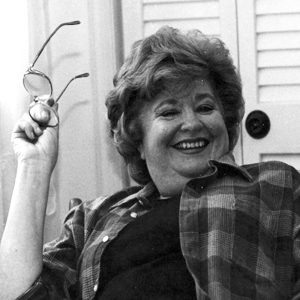 “Elizabeth Mansfield is one of the best-loved authors of Regency romance.” —Romance Reader

Elizabeth Mansfield is a pseudonym of Paula Schwartz, which she used for more than two dozen Regency romances. Schwartz also wrote an American immigrant family saga, A Morning Moon, as Paula Reibel, and two American history romances—To Spite the Devil, as Paula Jonas, and Rachel’s Passage, as Paula Reid.

TMS
3.0 out of 5 stars Conventional clean regency
Reviewed in the United States on October 24, 2015
Verified Purchase
This is a conventional regency, a sweet love story very much in the traditional style. Unfortunatly I am tired of the books in which the heroines spend most of the time misunderstanding motives, and disregarding their own inclinations. I thought the Hero more interesting and just could not imagine what he saw in the girl. There were some nice secondary characters, a mother stupid enough to be a disney witch and a narcisistic brother that might have belonged in a more elaborate story. I got no sense of character development and mostly decided to be more carful in my future selections. So if you are as sick of shy silly females and just as silly men, and wish to have fun I recommend "Katherine, when she smiled" by Joyce Harmon,which is funny and un romantic and clever or " A Sensible Lady" by Judith Lawn, which is funny and very romantic and clever too. If you are serios about history and regency, love some humour, and can tolerate a little justified sex, then go to " Marrying the Royal Marine " by Carla Kelly, who can offer thoughtful entertainment.
Read more
7 people found this helpful
Helpful
Comment Report abuse

Virginia Jo
5.0 out of 5 stars A Recency romance with humor, a sweet love story with complications.
Reviewed in the United States on August 21, 2015
Verified Purchase
This story is about Miss Jenny Garvin and Captain Tristan Allenby. These people meet quite by accident and the meeting makes a memorable impression on both. This is a sweet, special love story. I loved it so much I had to read it twice. I highly recommend it.
Read more
3 people found this helpful
Helpful
Comment Report abuse

Nancy J. Cooper
5.0 out of 5 stars A sweet romance
Reviewed in the United States on March 12, 2019
Verified Purchase
I have enjoyed all of Elizabeth Mansfield's books. They are like the "older" Regency novels, like those written by Georgette Heyer and Jane Austen. There's not much blatant sex or anything, which I really appreciate. In the parlance of today, it would be considered a "sweet" Romance.
Read more
Helpful
Comment Report abuse

Kindle Customer
5.0 out of 5 stars Her Heart's Captain
Reviewed in the United States on July 9, 2017
Verified Purchase
What an absolutely adorable story. The characters were so well developed that the plot made perfect sense. I loved it.
Read more
Helpful
Comment Report abuse

JW reviewer
4.0 out of 5 stars Entertaining Regency-Her Heart's Captain
Reviewed in the United States on June 5, 2015
Verified Purchase
Lady Gavin's adoration of her favorite child, Robbie, has always made Jenny believe her brother is charming and just perfect. When Robbie begins to speak badly of his Captain, a man she begins to care for, how can she question her brother's assessment of the Captain's character?

I really enjoyed the heroine that shines when surrounded by the selfish characters in this book. The Captain is also a great character and I loved how he champions her.

I would have loved for it to be longer-- the ending seemed a little rushed. My reasons for the 4 star rating.
Clean Regency and would recommend!

Word Junkie
4.0 out of 5 stars Valentine Smiles
Reviewed in the United States on May 31, 2015
Verified Purchase
A shorter love story that will leave you with a smile on your face.
Read more
Helpful
Comment Report abuse

IRRS
4.0 out of 5 stars lovely regency with determined hero
Reviewed in the United States on December 2, 2004
Jenny and her mother have always adored Jenny's younger brother, Robbie. He can do no wrong and is obviously his mother's favorite. When it becomes obvious to her brother-in-law that Jenny's mother can't handle and is unwilling to discipline her darling, he takes matters into his own hands and secures a midshipman's berth for the boy aboard one of His Majesty's naval vessels. On their way to see Robbie off at Portsmouth, Jenny runs into a gentleman who assists her then castigates her brother for leaving her alone and unprotected. Not until the first letters start arriving from the ship does she realize that the gentleman is Captain Tristram Allenby, her brother's captain. Robbie's letters paint a picture of a hellish existence all due to Captain Allenby. With these testaments to the man's character from their beloved son/brother, the women take him into extreme dislike. What they don't know is that Tris hasn't been able to forget the lovely young woman he met and is determined to woo and win her during his short two months leave.

With the clock running on his courtship, Tris arrives near Jenny's home and starts to try to win her hand. He is charming and attentive and can't understand why Jenny seems to want nothing to do with him. There are times when she starts to respond to him but then she'll freeze up again, leaving him bewildered and hurt. His mother has accompanied him (she's a delight) eager for him to marry and start giving her grandchildren to dote on. While neither can figure out what Jenny's problem is, both soon realize that she is a person who has always been second to everyone else in her life and both are determined to do something about it. When he learns of the opinion that Robbie's letters have caused her to have of him, the mystery of her antipathy is solved but sadly he thinks that there is no hope for them. It takes her uncle giving her a true picture of life aboard a British man-of-war and her brother admitting that maybe he did go on a bit much over what is really nothing to convince Jenny of her mistaken beliefs regarding sea captains in general and Captain Allenby in particular. But naval men don't give up without a fight and one last effort leads to a HEA.
Read more
11 people found this helpful
Helpful
Comment Report abuse
See all reviews