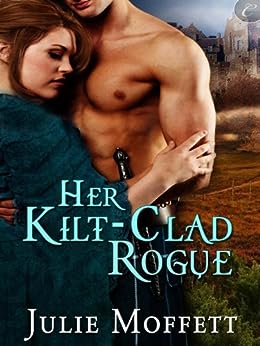 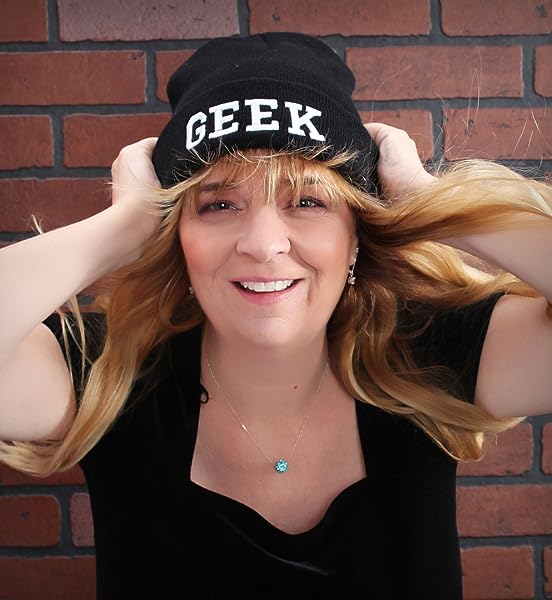 "With all the makings of a Gothic, Julie Moffett sweeps readers into a romantic mystery!"  Romantic Times
*****
"Add this one to the keeper shelf - very highly recommended!" Word Weaving
*****
"I simply adored it...Ms. Moffett is obviously talented and I look forward to reading her single titles!" The Romance Readers Connection
******
"Darker and more suspenseful...a not-to-be-missed story of reunited love!" Romance Junkies

Julie Moffett is a bestselling author and writes in the genres of historical romance, paranormal romance, mystery and young adult. She is the author of the long-running Lexi Carmichael Mystery Series and the young adult White Knights spin-off series featuring really cool geek girls! She's been publishing books for 25 years, but writing for a lot longer. She writes in the genres of mystery, young adult, historical romance and paranormal romance. She has won numerous awards, including the Mystery & Mayhem Award for Best YA/New Adult Mystery, the HOLT Award for Best Novel with Romantic Elements, a HOLT Merit Award for Best Novel by a Virginia Author (twice!), the Award of Excellence, a PRISM Award for Best Romantic Time-Travel AND Best of the Best Paranormal Books, and an EPIC Award for Best Action/Adventure Novel. She has also garnered additional nominations for the Bookseller's Best Award, Daphne du Maurier Award and the Gayle Wilson Award of Excellence.

Julie is a military brat (Air Force) and has traveled extensively. Her more exciting exploits include attending high school in Okinawa, Japan; backpacking around Europe and Scandinavia for several months; a year-long college graduate study in Warsaw, Poland; and a wonderful trip to Scotland and Ireland where she fell in love with castles, kilts and brogues.

Julie has a B.A. in Political Science and Russian Language from Colorado College, a M.A. in International Affairs from The George Washington University in Washington, D.C. and an M.Ed from Liberty University. She has worked as a proposal writer, journalist, teacher, librarian and researcher. Julie speaks Russian and Polish and has two awesome sons.

Julie Moffett is the bestselling author of the long-running, geeky Lexi Carmichael Mystery Series that USA Today says: “…runs a riveting gamut from hilarious to deadly, and the perfectly paced action in between will have you hanging on to Lexi’s every word and breathless for her next geeked-out adventure.” Julie also writes the young adult White Knights spin-off series featuring a cool, teenage hacker girl. Julie's been publishing books for 25 years, but writing for a lot longer. She writes in the genres of mystery, young adult, historical romance and paranormal romance.

Julie is a military brat (Air Force) and has traveled extensively. Her more exciting exploits include attending high school in Okinawa, Japan; backpacking around Europe and Scandinavia for several months; a year-long college graduate study in Warsaw, Poland; and a wonderful trip to Scotland and Ireland where she fell in love with castles, kilts and brogues.

Julie has a B.A. in Political Science and Russian Language from Colorado College, a M.A. in International Affairs from The George Washington University in Washington, D.C. and an M.Ed from Liberty University. She has worked as a proposal writer, journalist, teacher, librarian and researcher. Julie speaks Russian and Polish and has two awesome sons.

Linda
4.0 out of 5 stars Connor Douglas Is Not A Rogue Through and Through
Reviewed in the United States on May 11, 2019
Verified Purchase
I’m a long time fan of the Lexie Carmichael Geek Girl series and was surprised to find that she also writes romance novels. So, I got this one and thoroughly enjoyed it. I am a big fan of Scottish historical fiction and the Douglas Clan was well known as a bunch of rogues. Her casting of Connor Douglas as black haired with piercing blue eyes is my kind of guy. The story was predictable in that they loved, lost each other due to his family requirements, and then ... she is lured back to him as the governess for his son after his wife dies. It is not one of those bodice ripping stories nor is it one that you can’t resist but it is a nice, short story with a good ending. I prefer her Geek theme but Julie Moffett is a talented writer.
Read more
Helpful
Report abuse

Dreamweaver
4.0 out of 5 stars Good Historical Romance Tale!
Reviewed in the United States on February 19, 2016
Verified Purchase
I enjoyed this tale - it was my first by Ms. Moffett and I look forward to reading another story by her in the near future. Her Kilt Clad Rogue was very good but at times was a bit 'lengthy' and lost my interest a time or two but I was taken with Connor and his love for Genevieve even 10 years later. He just fit my idea of a medieval tough laird who was very happy to have been able to have his HEA when he was not at all certain that would ever happen. This book was not overly riddled with sex - it had the 'romance' that I always enjoy and it also had a very good story outline with a surprise 'culprit' I did not see coming.
Read more
Helpful
Report abuse

Kindle Customer
5.0 out of 5 stars True love
Reviewed in the United States on July 19, 2017
Verified Purchase
Enchanting and thrilling adventure. Only the heart knows what one wants. This was a story that I couldn't stop readind
Read more
One person found this helpful
Helpful
Report abuse

Donna F
4.0 out of 5 stars Good quick read!
Reviewed in the United States on November 20, 2014
Verified Purchase
This is a cute quick read. I enjoyed it very much. I don't write plot spoilers but I would have liked maybe an epilogue that showed their happy ever after. It was well written and flowed nicely.
Read more
Helpful
Report abuse

Kimberly @ Turning the Pages Blog
5.0 out of 5 stars A Great Novella!
Reviewed in the United States on April 19, 2013
Those of you who have been following my reviews for a while know that I am not a fan of novellas in general so I was totally surprised by how much I enjoyed Her Kilt-Clad Rogue when I read it last weekend.

Admittedly, I picked up the book on a whim and wasn't expecting to like it at all but I ended up enjoying it a lot. The novella centers around Genevieve Fitzsimmons a first time governess who has had to turn to working due to family debts and much to her chagrin she ends up taking a position in her teenage sweetheart's castle who abandoned her, married another woman and had a son.

So as you can figure poor Genevieve is having a rough time of it already and now she has to deal with Connor's unruly son Ewan as well as feeling for her old flame who is acting rather strangely. I really liked Genevieve's character a lot. She was smart, witty and was a woman who knew what she wanted. Plus she wasn't afraid to stand up for herself and Ewan when the time came.

Connor was a bit of an enigma in the beginning of the story and I wasn't sure if I liked him very much in the beginning but as the plot developed I liked him more. He had the weight of the world on his shoulders and when the big mystery behind his wife's death came to fruition things that were keeping him and Genevieve apart were resolved.

I also really liked Ewan. He was a little boy trying to be a man dealing with the sudden suicide of his mother at what he thought could have been his father's fault as well as being governed by a English woman, and dealing with a stuck up woman who was intent on taking his mothers place. He had a lot going on and I'm glad he and Genevieve were able to become friends despite his earlier reservations.

The overall plot was very well developed especially for a novella. I wasn't expecting there to be as strong of a story as there was given that the story was just slightly over 103 pages in length. There was a lot of components to the story and the author didn't rush into the romance aspect Her Kilt-Clad Rogue. I thought every thing went together so well and I was pleased at how the story played out. I was also pleased that the characters were as developed as they were.

As a first time reader of Julie Moffett I have to say that the author did an awesome job hooking me onto her writing style and I can't wait to read many more books by her and hope that she continues writing for a long time to come.

I would highly recommend Her Kilt-Clad Rogue to all historical romance fans out there. I think this would make for the perfect afternoon read curled up on the couch as it rains outside with a cup of hot tea on the side table and a pet in your lap. Or anytime really. Especially if you're looking for a quick, well written read.
Read more
3 people found this helpful
Helpful
Report abuse
See all reviews