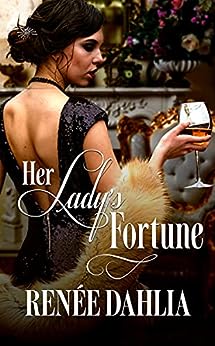 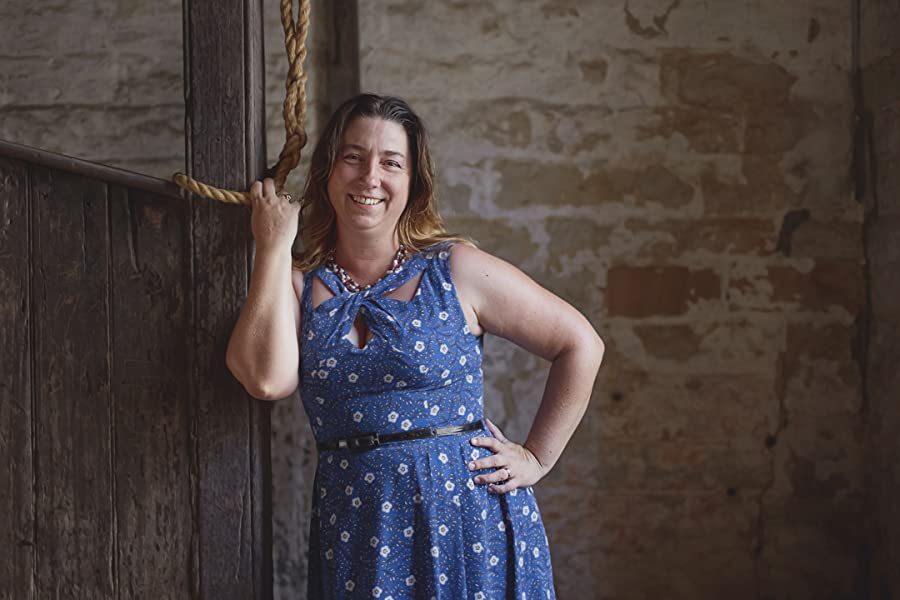 by Renee Dahlia (Author) Format: Kindle Edition
Book 2 of 3: Great War
See all formats and editions
Sorry, there was a problem loading this page. Try again.
Opposites attract in this age gap lesbian historical romance set in the hopeful aftermath of WWI.

An assertive bank manager, a wary heiress. . . A one night stand they can’t forget.

Stoic bank manager Rosalie must prove she’s more than her hedonistic nouveau-riche family. She’s continually fighting for her right to her job and doesn’t want to be lesser in her relationships. Being ghosted after a hot one night stand is exactly what Rosalie would expect from old-money Priya and she tells herself she has no time for an affair with a flighty young lady.

The war made Priya more determined than ever to use her aristocratic family’s wealth and power for good. When her beloved brother makes working with a bank a condition of her houses for war widows project, that doesn’t seem too bad… Until she realises she’ll have to work with Rosalie Sanderson. Their unforgettable night of passion followed by betrayal before the war isn’t something she can forgive.

Two worlds collide, and Priya and Rosalie still have chemistry enough to power the homes they both want to build. But with the walls they’ve built around their hearts, how can they work together, or keep their hearts intact if they do?

A steamy second chance lesbian story of rivalry, opposites attract, and hope amongst the ashes of war. HEA guaranteed.</p

Next 2 for you in this series See full series
Total Price: $7.98
Books In This Series (3 Books)
Complete Series
Great War
Kindle Edition
Page 1 of 1Start OverPage 1 of 1
Previous page
Next page

An avid reader, Renée Dahlia writes contemporary and historical queer romance. Renée is a bisexual cis-woman who is fascinated by people and loves to explore human relationships, with a side of humour, through her writing. Renée has a degree in physics and mathematics, using this to write data-based magazine articles for the horse racing industry. Her love of horses often shines through in her fiction, and she loves a good intrigue and to escape the real world in the pages of a book. When she isn’t reading or writing, Renée spends her time with her four children, usually watching them play cricket.

You can read more about Renée’s author journey on her about page. http://www.reneedahlia.com/about/

4.0 out of 5 stars
4 out of 5
32 global ratings
How customer reviews and ratings work

poulie and moolie
3.0 out of 5 stars just ok
Reviewed in the United States on March 16, 2022
Verified Purchase
Enjoyed the storyline and the two characters. The book seemed to bog down about midway with a lot of mental anxiety in the two woman and a lot of back and forth and repetition. Historical aspect of the story was interesting.
Read more
Helpful
Report abuse

KLH
3.0 out of 5 stars Introspective historical romance
Reviewed in the United States on July 26, 2021
Rosalie and Priya are both extremely wealthy women in London during and after WW1 and the Spanish Flu. The flu is mentioned several times but it doesn’t seem to matter, unlike the war. Both women and their businesses profited during the war, especially Priya’s family shipbuilding business. There is a lot of introspection about their roles in the war. Both also feel guilty about profiting from the war, especially Priya, since her family is building warships.

They met six years earlier, had sex in the hostess’s guest bedroom, and left without a word to each other. That experience colored their interactions and beliefs about each other ever since. When they start talking about a charity project for women that Priya is starting up, all the feelings and reservations bubble up. They may be communicating, but they’re really not. There are a lot of misunderstandings and misinterpretations between them. The secondary characters are mostly their relatives and employees, but they’re fleshed out enough to be likable, except for their nemesis, of course.

While I was intrigued by the setting and I liked the characters, I had some trouble getting into the book. I think it was all the back and forth in their own heads that slowed me down. How do they feel about each other? How does she feel about me? Does she really want me or is she just using me? If you can get past all that introspection and insecurity, it’s an enjoyable story about two women who overcame the hurdle of their gender to run a bank or work in the family firm and operate a charity. They do have their happy ending, although there are some loose ends.

Despite the reservations I had, the story was enjoyable and an earlier book in the series is already cued up up on my kindle.

I received an ARC for review.

EJackson
5.0 out of 5 stars After six years delay, a young lady learns to trust and love her older amazing Sapphic partner.
Reviewed in the United States on July 13, 2021
This is Renee Dahlia’s 3rd book in her “Great War” series and well worth reading. It is superbly well written, with excellently well developed characters that tug at the reader’s heart. The plot is realistic and well researched for its time in history. The actions and scenes are believable and the steamy Sapphic encounters are tastefully presented and contribute to the theme of the story. I highly recommend this book.
Immediately after the Great War (WWI) Pryia Howick, a 26 year old philanthropist, whose family business profited on contracts for ships and other items for the war effort, is establishing a charity to build houses for war widows left by the carnage of the trenches. Because of a deal worked out with her brother, she ends up working with Rosalie Sanderson, the manager of a prestigious bank that will carry the mortgages for the homes. Some 6 years ago, Pryia and Rosalie had an unbelievable sensual romantic evening that ended wrong and since they have been aloof. The rejection that ended that night has been cumbersome for both, but as they work together the former passion shows through and their new romantic relationship takes off with a resulting HEA. This is a book you won’t want to miss.
Having received a free copy of this book via Booksprout, I voluntarily leave this review.
Read more
One person found this helpful
Helpful
Report abuse

Cindy T. Rizzo
4.0 out of 5 stars Interesting Historical Romance
Reviewed in the United States on February 6, 2022
This historical romance takes place in England in the aftermath of WWI. It begins with a prologue preceding the war where the two main characters meet at a Bloomsbury salon and have an intense sexual tryst that they can't forget even 6 years later. But there's a misunderstanding from that night that prevents them from reconnecting until wealthy Priya has to approach Rosalie the director of a prominent bank to partner with her on a charity project. Over the course of the book, the two clarify their misunderstanding but there's still other issues ahead that have to be overcome.

The book held my interest even though it needs a good copyedit and the prologue was labeled epilogue for some reason that felt confusing. As a biracial woman (her mother is Indian and her father is white) Priya has a race consciousness that is unusual for that time. She and her brother are wealthy and progressive and have quite a bit of guilt about both their status and the fact that their wealth comes from building ships for the war effort. Priya has a lot to work through before she can commit to Rosalie.

I found Priya's ongoing conflicts a bit tedious after a while and some of her breakthroughs felt sudden. But the romance itself was sweet.
Read more
Helpful
Report abuse

BookDragon
4.0 out of 5 stars Post WW1 Romance
Reviewed in the United States on July 16, 2021
Her Lady's Fortune by Renee Dahlia is a story set post WW1, between two independent woman of affluent means who are drawn to one another but a misunderstanding cut the potential for more short. They have another shot years later but Priya's hangups keep getting in the way, while Rosalie is afraid to ask for something lasting. The love scenes were tastefully done as well as enticing.

There is something about the author writes about the struggles of the past and the aftermath of war that gives way to a deeper understanding of events. Women trying to make a difference in positions of power amid a male dominated areas. Even while the endeavor is philanthropic, greed and envy is there to tear it down.

Possum
3.0 out of 5 stars Wanted to love this book
Reviewed in the United States on July 14, 2021
I received a free copy of this book via Booksprout and am voluntarily leaving a review.

I really wanted to love this book. The plot idea really appealed to me and I was excited to read a historical romance that was sapphic and include a WOC. Unfortunately the plot felt like it dragged a bit in execution and the characters felt a little flat. Spicy scenes were good though and there were a few cute moments. Overall it was okay.
Read more
One person found this helpful
Helpful
Report abuse
See all reviews