You've subscribed to Daddy Knows Better! We will preorder your items within 24 hours of when they become available. When new books are released, we'll charge your default payment method for the lowest price available during the pre-order period.
Update your device or payment method, cancel individual pre-orders or your subscription at
Your Memberships & Subscriptions
There was an error. We were unable to process your subscription due to an error. Please refresh and try again. 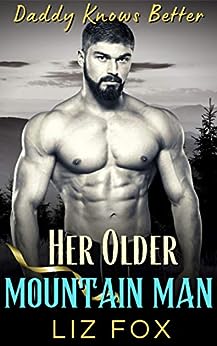 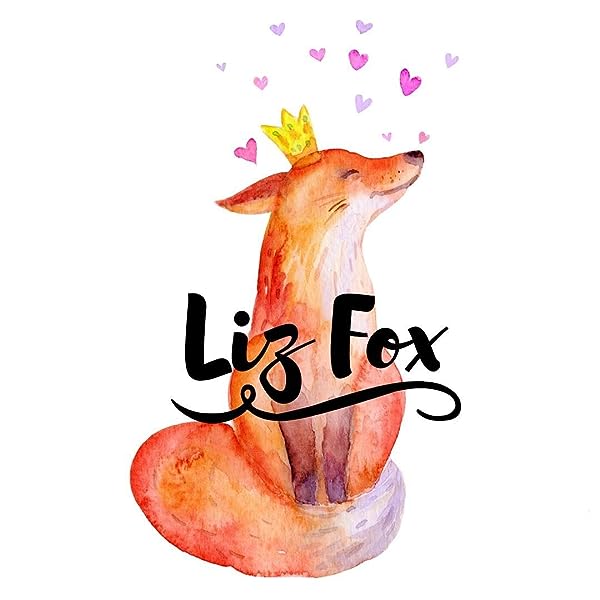 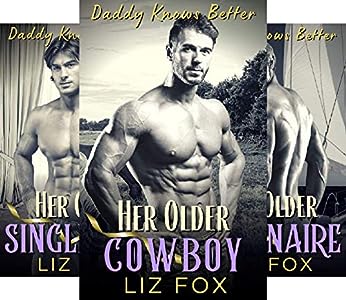 4.6 out of 5 stars
4.6 out of 5
116 global ratings
How are ratings calculated?
To calculate the overall star rating and percentage breakdown by star, we don’t use a simple average. Instead, our system considers things like how recent a review is and if the reviewer bought the item on Amazon. It also analyzes reviews to verify trustworthiness.
Top reviews

Beverly Ann McCall
4.0 out of 5 stars Colette and Owen Discover Happiness
Reviewed in the United States on January 12, 2021
Verified Purchase
Her Older Mountain Man is the sixth book in Liz Fox’s Daddy Knows Best Series. In this sweet romance short story, we meet Colette Helvey, a young woman in her twenties, and a middle-aged, established man, Owen Morningstar. Colette finds herself in a dilemma. She discovered she is pregnant, and her current boyfriend wants nothing to do with her. He sends off to the mountains to decide what her next course of action is. When Colette and Owen meet there is an instant attraction. He is caring and protective. What will Colette do? Will she return to the uncertainty of old life? Or will she reach out to a nonjudgmental and supportive Owen? To discover her next steps, you must read this book.

I enjoyed this sweet romance short story. I liked the way Ms. Fox portrays Colette’s inner struggle. She does this through her use of internal dialog wherein readers glean Colette’s combats her fear. Lastly, I appreciated Ms. Fox’s use of picturesque descriptive language as they created sharply etched nature scenes particularly the ones wherein Colette took pictures of the little animals. Nice job, Ms. Fox.
Read more
Helpful
Report abuse

I want to cover her body with mine, make her weep with pleasure and then protect her while she sleeps. Mine.

This entire series is just too cute. All of the books have these amazing alpha men who fall in insta-love and want to protect the heroines. This one, he even wants her baby from the moment he sees her. I would recommend this entire series to anyone that enjoys a possessive alpha male. However, it's not really a "daddy" book like most of them. Just be aware of that if it's what you're picking them up for.
Read more
Helpful
Report abuse

CathyLynn
5.0 out of 5 stars Collette and Owen
Reviewed in the United States on January 9, 2021
Verified Purchase
Collette is pregnant and kicked out of her home with her ex. He rents her a cabin for a week. She hears a noise and goes to the owner's cabin. That is where Owen knows he has to have Collette in his life. I loved the characters and the instant attraction between them. I loved how the story played out. This is just another great book in the series. I loved it.

skikern
4.0 out of 5 stars Greater Older Man/Younger Woman and Mountain Man Romance Read
Reviewed in the United States on January 8, 2021
Verified Purchase
I really enjoyed this book, and if you like mountain men and older man/younger woman romances, you will too. The characters are well-developed and have chemistry. The story is interesting, well-written, with a happily ever after.
Read more
Helpful
Report abuse

Kindle Customer
5.0 out of 5 stars Her Hero
Reviewed in the United States on February 28, 2021
Verified Purchase
A great story of love and that age is no barrier. Rescued by an older man, in more ways than one, can bring joy and happiness into you life.
Read more
Helpful
Report abuse

Kindle Customer
5.0 out of 5 stars So Good!! O! M! G!!
Reviewed in the United States on May 27, 2021
Verified Purchase
Well written story and well developed characters! I couldn't put this book down and read it in just a few hours!
Read more
Helpful
Report abuse

5CandyPop9
5.0 out of 5 stars Same on you, Baby Daddy!
Reviewed in the United States on January 8, 2021
Colette, a young woman in her early twenties, arrive at the little cabin home that is as cute as a button trying to make the best of it. It’s pretty hard to do when you live with the man you love for the last two years, find out you’re pregnant, tells his daddy therefore losing your job, and he and his father ship you off to a cabin saying you’re on your own. By the way we only paid up for a month and it’s two hours away here’s the directions. Wow!?

Baby daddy, a jerk much? My first thought, rich, daddy’s boy, so daddy fixes it. But did he?
Luke is Colette’s first love, her first and only lover, also. Yet, he has treated her, and their child, no better than trash. The only thing Luke, and his father do right is, renting the property of Owen’s. He is a single, forty-year-old man, who live in large cabin in, the wilderness. When Colette comes over sobbing in the middle of the night, it’s Owen comforting her.

Giving, ‘Angel’ as, Owen calls her, the feeling of home. Giving Owen the feeling of for once wanting a family but mainly with Angel. So, when Luke calls Angel a few days later saying he wants to talk threatening Owen’s hopes he goes to all measures to make his dreams a reality. Very good story. Free on Kindle Unlimited.
Read more
One person found this helpful
Helpful
Report abuse

Patti B.
4.0 out of 5 stars New lease on life
Reviewed in the United States on January 6, 2021
After finding out she is pregnant, her boyfriend kicked her out of their home. He booked her in a cabin hours away. Alone, scared and pregnant, Colette hears a noise outside of her cabin. Remembering the note she saw with the owners information on it. She flees the cabin and goes to Owen the owners house. Banging on his door scared. As soon as Owen opens the door she pretty much leaps in his arms crying.
Owen at first is shocked but then understand she heard a noise which she thinks was a bear but it was probably raccoons. As he calms her down, he is mesmerized by her beauty but finds out she is pregnant with one of his clients sons baby.
A couple days later Colette goes to meet the baby daddy, to see if they can possibly get back together. Owen finds out information that will get him out of her life.
Owen wants Colette to be his and the baby as well. Once she meets, Owen follows but nothing gets to far because Owen lets her know his intentions. He also shows Luke Colette's baby daddy some info that gets him to sign over parental rights and leaves both of them alone forever.
After being married and having their baby they couldn't be happier. Colette is loved more then ever. Owen never realized what he was missing in his life till Colette came into it.