Her Three Lives and millions of other books are available for Amazon Kindle. Learn more 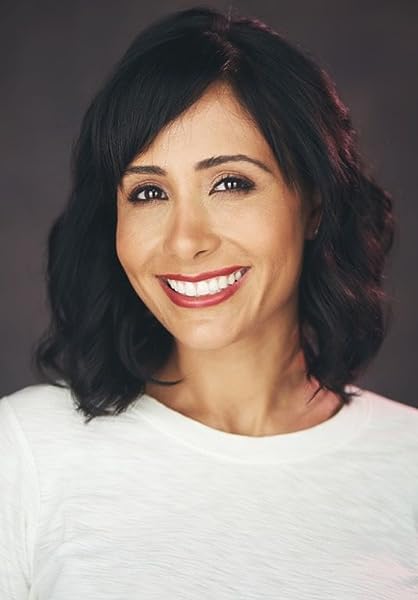 "Cate Holahan is a hidden gem in the thriller world, and her new suspense novel HER THREE LIVES delivers all the entertainment value and clever plotting I’ve come to rely on in her books. It’s twisty, page-turning, and deliciously sinister."―CrimeByTheBook.com

"One of those rare thrillers that really will keep you reading all night, especially if you pack it to take on your next Caribbean cruise."―Kirkus, Starred review on The Widower's Wife

"Starts with a bang and never lets up. Holahan expertly draws you in with layered characters and tense action. If you think you’ve got this one figured out - think again. An ending that will leave your jaw on the floor. Exceptional!” ―Liv Constantine, international bestselling author of The Last Mrs. Parrish

“What begins with a brutal home invasion turns even darker in this deliciously twisted thriller. In Her Three Lives, Holahan escalates the suspense with each new discovery, shining a spotlight on divided loyalties and a family stretched to the breaking point. Holahan is three steps ahead the whole time, expertly stripping away each character’s secrets until the shocking conclusion.”―Kimberly Belle, internationally bestselling author of Stranger in the Lake

“Cate Holahan is a star on the rise.” ―Brad Parks, award-winning author of Interference

"After a terrifying home invasion leaves a man close to death, he begins to question the people he loves most. The plot twists keep coming with every chapter until the shocking reveal. An outstanding read!"―Wendy Walker, international bestselling author of Don’t Look For Me

"A suffocating double nightmare."―Kirkus, Starred review on Lies She Told

Cate Holahan is the USA Today bestselling author of domestic suspense novels The Widower's Wife, One Little Secret, Lies She Told, and Dark Turns. In a former life, she was an award-winning journalist, writing for The Record, The Boston Globe, and BusinessWeek, among others. She was also the lead singer of Leaving Kinzley, an original rock band in NYC.
She lives in NJ with her husband, two daughters, and food-obsessed dog, and spends a disturbing amount of time highly-caffeinated, mining her own anxieties for material.
Start reading Her Three Lives on your Kindle in under a minute.

3.9 out of 5 stars
3.9 out of 5
50 global ratings
How are ratings calculated?
To calculate the overall star rating and percentage breakdown by star, we don’t use a simple average. Instead, our system considers things like how recent a review is and if the reviewer bought the item on Amazon. It also analyzes reviews to verify trustworthiness.
Top reviews

Laurel-Rain Snow
TOP 1000 REVIEWERVINE VOICE
4.0 out of 5 stars SECRETS, LIES, & SUSPICIONS...
Reviewed in the United States on May 12, 2021
Verified Purchase
Gaslight goes high-tech in USA Today bestselling author Cate Holahan’s new standalone thriller in which a family must determine who the real enemy is after a brutal home invasion breaks their trust in each other.

Her public life Jade Thompson has it all. She’s an up-and-coming social media influencer, and she has a beautiful new home and a successful architect for a fiancé. But there’s trouble behind the scenes. To Greg’s children, his divorce from their mother and his new life can only mean a big mid-life crisis. To Jade, his suburban Connecticut upbringing isn’t an easy match with her Caribbean roots.

Her private life A savage home invasion leaves Greg house-bound with a traumatic brain injury and glued to the live feeds from his ubiquitous security cameras. As the police investigate the crime and Greg’s frustration and rage grows, Jade begins to wonder what he may know about their attackers. And whether they are coming back.

Her secret life As Greg watches Jade’s comings and goings, he becomes convinced that her behavior is suspicious and that she’s hiding a big secret. The more he sees, the more he wonders whether the break-in was really a random burglary. And whether he’s worth more to Jade if he were dead than alive.

From the very beginning of Her Three Lives, I felt empathy for the position Jade is in, with a paranoid husband who seems to be tracking her every move.

Why is he so suspicious of her? He seems to be projecting his own issues onto her. Will she be able to turn things around, or will things only get worse?

As the story takes us back and forth between the characters, their suspicions, and the unfolding of what happened during the home invasion and afterwards…we can finally turn the last page to the answers. 4 stars.
Read more
One person found this helpful
Helpful
Report abuse

Tara Williams
5.0 out of 5 stars Where jealousy, paranoia and technology collide
Reviewed in the United States on April 20, 2021
Verified Purchase
Starts off with quite literally a bang (or a thwack!) and the tension keeps building from there. Holahan excells at story telling from multiple POV here such that you don't know if what you are reading is real or a fabrication pieced together by a physically traumatized and deeply paranoid man. I rooted for Jade from page 1, who constantly endures being the subject of suspicion and has her motives cruelly questioned all because she doesn't seem to fit some aesthetic dreamed up by Greg's terrible children. Without giving too much away, I couldn't put it down and raced through the many secrets, lies, delusions, and revenge plots to reach a very satisfying ending. Great read! I've been enjoying Holahan's books for years now and can't wait to read what new twist she has in store for the lies and betrayal loving, suspense seeking crowd.
Read more
One person found this helpful
Helpful
Report abuse

DIANE PATTERSON
3.0 out of 5 stars A FRACTURED FAMILY
Reviewed in the United States on April 26, 2021
Verified Purchase
Greg is divorcing his wife of 25 years. He's marrying Jade whom he's only known for six months. She's two decades younger than he. His kids don't like it one bit! Greg's daughter is nasty & rude to Jade. She fills her father's head with all sorts of nonsense & accusations. His son wants her out of the picture.
Read more
Helpful
Report abuse

Linda Honneus
5.0 out of 5 stars Really enjoyed - able suspense
Reviewed in the United States on April 23, 2021
Verified Purchase
I really enjoyed Her Three Lives. It's a great page turner and the character of Jade drew me in. Greg was not your favorite character. I will be reading more from this author.
Read more
One person found this helpful
Helpful
Report abuse

Silver Screen Videos
3.0 out of 5 stars Thriller Picks Up Steam in Second Half
Reviewed in the United States on April 20, 2021
About halfway through Cate Holahan’s new thriller, “Her Three Lives,” one of the book’s two principal characters, Greg Hamlin, undergoes a procedure to have a metal plate inserted in his head. The operation is a success, and Greg’s health and thinking processes soon improve considerably. Coincidentally, the book also improves substantially at this point, and what had been a listless, slow-moving character study becomes the type of suspense thriller genre fans enjoy.

Greg needs this operation because he was clunked over the head with a crowbar during a home invasion in the book’s first chapter. Greg is a highly successful, 50-something business executive with a fiancée, Jade, who is two decades younger and pregnant. She miscarried because of the assault, and both later face psychological and physical difficulties. The police suspect that the assault wasn’t a robbery gone wrong, but an attempt on the life of Greg or Jade or both. No matter who the intended victim was, there are plenty of suspects, including Greg’s first wife and adult children, his business rivals, and shadowy figures from Jade’s earlier life.

Novels like “Her Three Lives” seem written for adaptation to the big screen, and this book would likely make an excellent suspense film in the right hands. Unfortunately, the author makes several decisions in framing the story that dilute the book’s effectiveness. The novel is written in the third person, telling the story from both Greg’s and Jade’s points of view in alternating chapters. As a result, readers will form opinions about the two principal characters that simplify the storyline and reduce the book’s overall level of mystery. The first half of the novel also spends a lot of time exploring both Greg’s and Jade’s thought processes. This exercise in psychology slows the story tremendously. The significant plot developments that occur are thus spread out and not all that eventful. In their place, the author adds several soap-operatic moments.

Readers who stick with “Her Three Lives” through that first section are rewarded once Greg gets back on his feet. The author still uses alternating point-of-view chapters, but they are shorter, and the action moves more quickly. Greg understandably becomes wary of a potential second attack and ramps up security measures. He also starts spying on Jade, turning the story into more of an entertaining (for readers) exercise in paranoia. Greg still comes across as someone who is ridiculously easily manipulated, though, changing his theory about what actually happened several times during the book.

Eventually, the author reveals the identity of the assailant and the reason for the attacks on Greg and Jade. The revelation is well done, and the answers to the book’s mysteries were not what I expected. The final few chapters of “Her Three Lives” are pretty suspenseful. As a whodunit, the book proves very effective.

“Her Three Lives” is a worthwhile read for fans of the genre, especially when the pace and suspense pick up in the second half. But it requires considerable determination by readers to stick it out through an often lackluster first half. Later, though, the author builds suspense well and keeps readers off-balance with some carefully chosen red herrings. By the end of the book, the various plot elements are nicely tied together. I prefer thrillers that are more tightly plotted throughout the entire story, but “Her Three Lives” works well enough to recommend.

The publisher graciously gave me a copy of this book. However, the decision to review the book and the contents of the review were entirely my own.
Read more
2 people found this helpful
Helpful
Report abuse
See all reviews