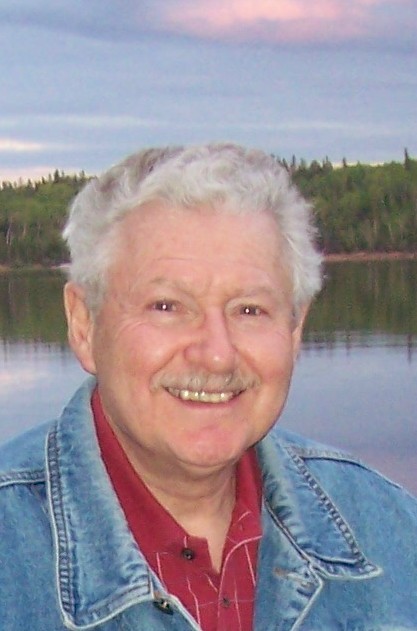 Herbert Grosshans was born in Germany. Even as a young boy he was already a voracious reader. He read every book in the small School library at least three times. His teacher gave him even a few books from his own private collection. His favorite books were stories about heroes and gods. He loved the old legends. At age fourteen, a friend gave him a Science Fiction book and he fell in love with that genre, saving his allowance to buy every SF book he could find, but he also loved Westerns and Mysteries. Later he became a member of the Science Fiction Club Deutschland (Germany) and began writing his own stories. One of his short stories was made into a play and broadcast via radio to schools in Germany. In his early twenties he immigrated to Canada. He began reading books written in English and studied to become proficient in this new language. And there was no better way to learn than to also write. Writing became his passion and he enjoyed making his fertile imagination come alive in his stories. During his lunch hour he wrote into a scribbler and at home he pounded away on his manual typewriter whenever time allowed. The majority of his stories were Science Fiction. With the arrival of computers and the internet it suddenly became a lot easier to write, and, most importantly, to get published. His first full length novel ‘Daughter of the Dark’, Book one of his ‘The Xandra’ series was published in 2006 by Midnight Showcase. Then followed Book two ‘Mother of Light’ and Book three ‘Goddess of Life’. The series has since grown to eight volumes. As of April, 2014, Herbert has published more than 28 books in different genres. Most of Herbert’s stories contain erotica and are for adult readers. His books are available from his publisher Melange Books, LLC, but also from Amazon and other outlets. To find out more about Herbert’s books, please, visit his website and his blog. 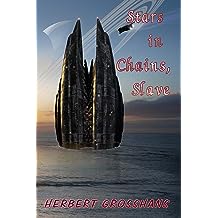 Stars in Chains, Book 1: Slave Jul 12, 2011
by Herbert Grosshans
( 1 )
$2.99
Abducted, Earthman David Stark is sent to the mines on an alien planet. After escaping and a brief time of happiness in the arms of T'Phira, the Golden Goddess and in the City under the Ocean, he is captured again and sent to a planet of hot deserts populated by ferocious predators.
Read more
Other Formats: Paperback 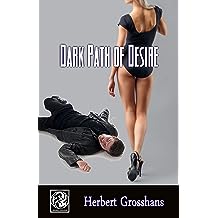 Dark Path of Desire Mar 9, 2021
by Herbert Grosshans
$5.99
Claire Belmont lives in a loveless marriage and seeks solace in the arms of other men. When she and her girlfriend, Carmen Garcia, witness a murder, her life spins out of control. After being kidnapped, she is framed for a murder she didn’t commit. She must rely on the only friends that believe in her and the good will of a detective to beat the murder rap.

Warning - some content is not suitable for those under 18 years of age.
Read more 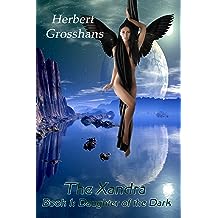 Daughter of the Dark (The Xandra Book 1) Jul 1, 2011
by Herbert Grosshans
( 6 )
$2.99
In the 30th century humans are reaching out toward the far stars. Earth is sending huge ships carrying thousands of colonists in search of suitable planets. Nu-Eden, 325 light-years from Homeworld, looked like an ideal planet--until the colonists discover it is already occupied by a sentient entity who calls herself 'The Xandra', and she is not willing to share her planet with the humans. The colonists are beginning to behave strangely. At night they have sex-orgies, which they don't remember by day. Tom McClary loves his wife, Anina, but the lure of the Xandra may be stronger than his love for her. Even the space-station may not be safe from the influence of the Xandra.

1. Daughter of the Dark
2. Mother of Light
3. Goddess of Life
4. The Seduction
5. Escape from Paradise
6. Iceworld
Read more 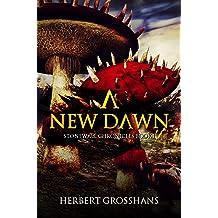 A New Dawn (A Stonewall Chronicles Novel Book 1) Feb 12, 2019
by Herbert Grosshans
$4.99
When Master Scout Terrex Stonewall returns to Epsilon, he finds much has changed in fifteen years. Humans are beginning to colonize the world of the Dinosaurs, but an alien species known as The Spiders challenges the humans for possession of the planet. Stonewall must find out why before it is too late.
Read more
Other Formats: Paperback 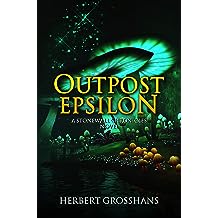 Outpost Epsilon: A Prequel (A Stonewall Chronicles Novel) Oct 16, 2018
by Herbert Grosshans
( 1 )
$3.99
When rooky Scout Terrex Stonewall gets his new assignment on a remote outpost on the savage planet Epsilon he never dreamed he would fall in love with an alien girl. The planet is carpeted by a jungle of gigantic mushrooms that release poisonous spores into the hot, humid air, and the mushroom jungle is inhabited by fierce and hungry dinosaurs. Battling giant dinosaurs and venomous bugs aren’t the only dangers he must face. The indigenous inhabitants of Epsilon do not welcome the intruders to their world. Stonewall and his companion are captured and taken to the towering city of the Uur where an uncertain future waits for them. There seems to be no escaping their prison from the thousand feet high tower, unless they can grow wings. There is a glimmer of hope when Stonewall discovers things are not as they appear with their captors. If he can unmask the mystery and gain the trust and help of an unexpected ally escape may be possible.
Read more
Other Formats: Paperback 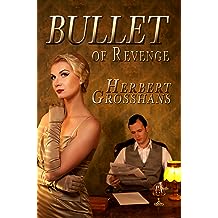 Bullet of Revenge Sep 14, 2016
by Herbert Grosshans
$2.99
When PI Frank Hummer takes on a new case to help a woman in distress, he soon finds himself in a web of lies and deception. Ghosts from the past reach out toward him, demanding atonement for the things he committed a decade ago, things he tried hard to forget.
Read more
Other Formats: Paperback 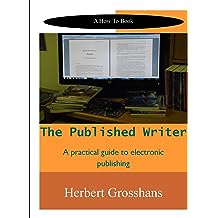 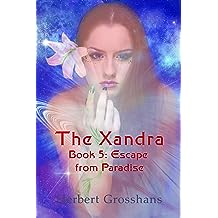 Escape from Paradise (The Xandra Book 5) Apr 23, 2012
by Herbert Grosshans
$2.99
Rob Cameron joins a group of men who have not been changed by the Xandra. If they want to survive and keep their humanity, they must leave Nu-Eden and search for another planet, away from the lure of seduction. Rob Cameron discovers a terrible truth about himself.

1. Daughter of the Dark
2. Mother of Light
3. Goddess of Life
4. Lure of Seduction
5. Escape from Paradise
6. Iceworld
Read more
Other Formats: Paperback 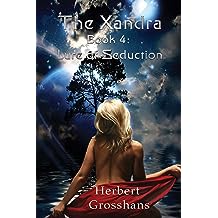 Lure of Seduction (The Xandra Book 4) Feb 26, 2012
by Herbert Grosshans
$3.99
When Rob Cameron gets lost in Nu-Eden's jungle, he is saved by a mysterious alien woman, the Xandra, but once back in Alpha Colony, he questions his memories and sanity. He meets and falls in love with Valissa. They leave Alpha, but can they escape the lure of the Xandra?

1. Daughter of the Dark
2. Mother of Light
3. Goddess of Life
4. Lure of Seduction
5. Escape from Paradise
6. Iceworld
Read more
Other Formats: Paperback 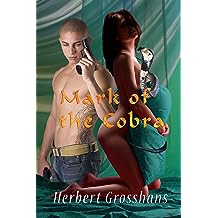 Mark of the Cobra Jan 29, 2012
by Herbert Grosshans
$2.99
When his company sends Peter Hartmann to meet a new prospective client, he is obliged to do more than just sign some contracts. After being arrested for a crime he didn't commit, his violent past catches up with him and takes him on a roller coaster ride filled with danger and sexual encounters
Read more
Other Formats: Paperback 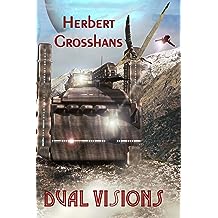 The Cliffs of Time
Dinosaurs aren't the only danger Derek Steel faces when he travels to 100 million BC. Saboteurs try to prevent the terra-forming of Mars. They don't realize the consequences it will have if they are successful. Will Derek find his lover again or will they both be lost on the Cliffs of Time?


Orion, The Hunt
Hektor Orion joins the Hunt on Izzard-Junction to find his kidnapped mind-sister Delina. Stranded in the deep jungle of a hostile planet, the motley members of the hunting party must find their way back to civilization, but freedom may not be at the end of their journey.
Read more
Other Formats: Paperback 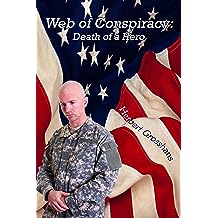 Death of a Hero (Web of Conspiracy Book 1) Aug 28, 2011
by Herbert Grosshans
$3.99
When Detective Jeff Chartrand investigates a grisly murder, his past catches up with him and flings him back into a world of violence he left behind years ago. He meets a mysterious woman who reveals a secret and he has an unexpected sexual encounter.
Read more