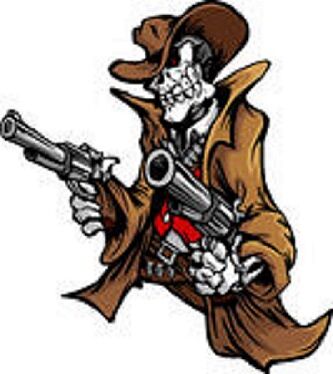 Born in Daytona Beach Florida on April 18 1955. Raised by grandmother in both MacClenny and Jacksonville Florida. Have one sister and a half sister a niece and two nephews and only one child a son and seven grandchildren.

Graduated from Baker county high school in 1974 and thereafter joined the U.S Army where I worked as a armor crewman from 1974 to 1977. After leaving the army I when to Atlanta Georgia where I attended technical school majoring in computer technology. After graduation from technical school I worked for a year in North Carolina with a computer firm. Disillusioned with the pay and personal issues I quit that job and when back to Florida where I landed a job with Computer Sciences Corporation at the Kennedy Space Center from 1979 to 1986.

While employed at the space center I became heavily involved in the use of marijuana during the latter years of my employment and that combined with other issues resulted in my losing that job in 1986. In the latter half of that same year I was introduced to crack cocaine and subsequently became an active user until 1996. Sentenced by a judge in Tampa Florida to enter a six months drug rehab program in that city I moved back to MacClenny Florida after successfully completing that program. I have been clean and sober since that time.

In May of 2013 I received my bachelor’s degree in Computer Information Systems from Jones College Jacksonville Florida. I currently live in the Atlanta Georgia Metro area. I have created and is the sole proprietor of two Website based companies: http://luciditybooks.com, which is a Website dedicated to selling the books that I have written via amazon.com, books.google.com and createspace.com, and http://hiveaids.com which is a networking and research Website for people who are HIV/AIDS positive. 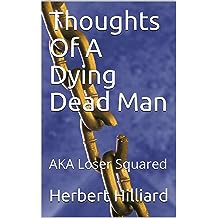 Thoughts Of A Dying Dead Man: AKA Loser Squared Oct 1, 2017
by Herbert L Hilliard
( 1 )
$9.99
This book expresses a few of the thoughts of a dying dead man. These short articles are the feeble impressions of an animated corpse that should have choked on the umbilical cord but did not.
Read more
Other Formats: Paperback 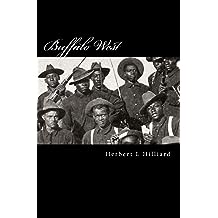 Buffalo West Feb 11, 2016
by Herbert Hilliard
( 1 )
$7.92
Forty six year old Anna and her nineteen year old daughter Lisa are uprooted from a peaceful social life in Boston by their husband and father to go west and start a new life for themselves but this vision is suddenly altered when Anna's husband falls under the painted lips charm of a small town saloon girl.

Betrayal, illness, abandonment, theft, rape and finally both mother and daughter experiencing romance as they are forced out on their own to fend for themselves in a new land is the case study of two strong independent women.
Read more
Other Formats: Kindle , Paperback 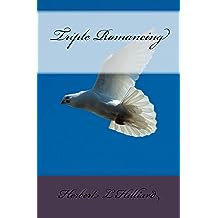 Triple Romancing Jan 28, 2016
by Herbert L Hilliard
$7.93
Triple Romancing is three short stories about romantic relationships. There is adventure and the unexpected all encased within three random examples of how unpredictable life can be.
Read more
Other Formats: Kindle , Paperback 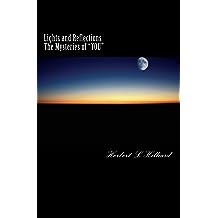 Lights and Reflections: The Mysteries of "YOU" Jan 24, 2016
by Herbert Hilliard
$12.10
This book explores the mysteries of existence. It's origins. It's sustaining source ,and or, sources. It's' magnitude and dimensions. It attempts to answer the age old question " Why are we here?"
Read more
Other Formats: Kindle , Paperback 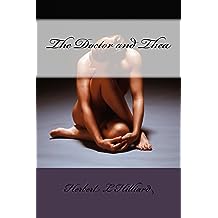 The Doctor and Thea Jan 17, 2016
by Herbert Hilliard
( 1 )
$7.00
The Doctor is a facial reconstruction surgeon that comes into contact with Thea, a burn victim and drug addict, and decides to help her in both her facial appearance and her drug addiction.
Read more
Other Formats: Paperback 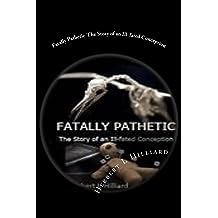 Fatally Pathetic: The Story of an Ill-fated Conception Mar 2, 2015
by Herbert Hilliard
( 2 )
$6.50
Put down and demeaned starting at a very early age by the person expected most to be affectionate and uplifting towards him Herbert has made a living of habitually making bad choices and decisions in every aspect of his pathetic life. His feelings of sexual inadequacy regarding the size of his penis has influenced him into engaging into homosexual activity, tormenting and physically abusing women, becoming an introvert, and by any set of standards, making a total and complete mockery of his life. Spending a decade in the grips of a drug addiction and being infected with HIV, he nonetheless continues to make every effort to make something noteworthy of himself by overcoming the deranged and morbid mindset that has dictated his life.
Read more
Other Formats: Paperback