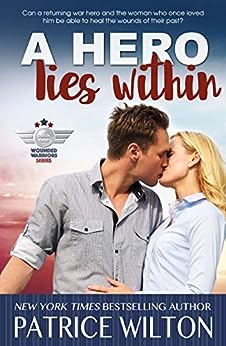 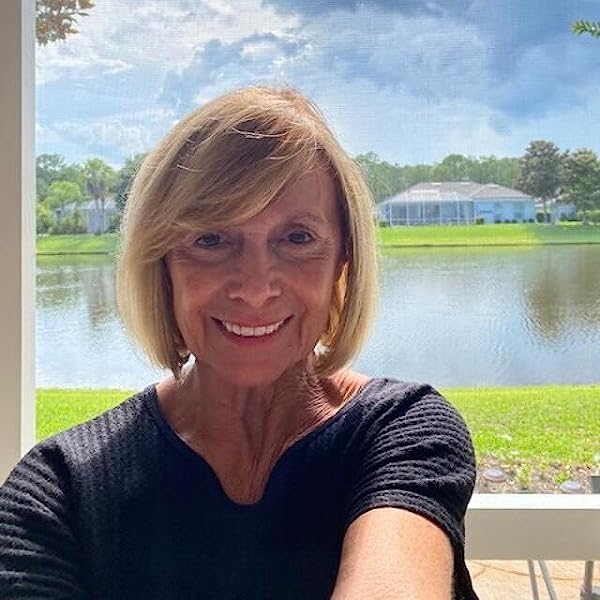 by Patrice Wilton (Author) Format: Kindle Edition
Book 1 of 3: Wounded Warriors
See all formats and editions
Sorry, there was a problem loading this page. Try again.
A returning war hero and the woman who once loved him are brought together again – but will they be able to heal the wounds of their past? Kari Winslow is a Palm Beach news reporter, fighting not only to keep her job, but take over the nightly anchor spot. Her boss has axed her special runaway series, and wants “feel good stories” instead. She has only two weeks to come up with something big, or the special series will be taken over by the new anchorman who seems determined to ruin her career. Jake Harrington has returned from two tours in Iraq, and this wounded warrior is searching for peace – and a family friend who’s gone missing. He turns to his former love Kari for help. Though Jake hurt Kari badly once before, she agrees to help him under one condition: he must provide her with “feel good stories” about the everyday heroes he served with. But his memory is sketchy at best, and the only stories he remembers are the ones she doesn’t want to hear. Fate, it seems, has brought them back together – but can Kari ever forget Jakes’ bitter betrayal, and will he forgive hers when to save her career she must betray his trust…? REVIEWS - 5 STARS A Hero Lies Within- Fantastic February 26, 2013 Wow....what a fantantastic start to a new serial romance. This has started out great. The reader is drawn in from page 1. The author Patrice Wilton has a natural gift in writing. You are immediately drawn to the characters. The characters are witty and full of personality. You feel like they are people that you really know. The dialogue is great....just the right amount of snark. And of course there is the intrigue of romantic conflict....lost love...the one that got away. This could of been just an ordinary book but the author has a true gift in story telling that goes above and beyond. Oh and I must mention....her story takes place in the Palm Beach area. I am from the area and the author is right on the mark with places and scenery. I would highly recommend this! Buy this book! ~BY Shellbelle Wonderful read! May 5, 2013 My first read by Patrice Wilton. The author kept you interested and anticipating what would come next. Great ending. ~by Teresa Youmans Entertaining April 20, 2013 I am enjoying this book and think most people would like it as well. It is well written. Hero Lies Within March 23, 2013 Great story broken hearts can heal . Love and War has many endings not all HAPPY but we must fight for what's right! I give it 5 stars! ~by Samantha A hero Lies within March 14, 2013 Very enjoyable. Nice storyline. Can't wait to get the next book. Would defiantly recommend to anyone. Thanks. ~by Ann Brinson Terrific Book! February 26, 2013 Patrice Wilton knows her heroes. This is from what I understand, part of the first of a terrific series. I don't know if I can wait to read the rest of it!! Returning veterans face a gambit of issues when they return and this hits home for me... I'm glad there will be more of these hero stories! ~by Mary R.
Read more
Previous page
Next page
All 3 for you in this series See full series

NEW YORK TIMES, bestselling author, PATRICE WILTON knew from the age of twelve that she wanted to write books that would take the reader to faraway places. She was born in Vancouver, Canada, and had a great need to see the world that she had read about.

Patrice became a flight attendant for seventeen years and traveled the world. At the age of forty she sat down to write her first book—in longhand! Her interests include tennis, pickleball, traveling, and writing stories for women of all ages.

Her bestselling series include Paradise Cove, Heavenly Christmas, and the Wounded Warriors.

Two years ago, her writing career took a new spin. Instead of romance, she is Co-writing Cozy Mysteries with Traci Hall--they have assumed the name Traci Wilton for the Salem B&B mystery series published by Kensington. They have 6 books completed with plenty more coming. The two good friends have embarked on another exciting new series. A RILEY HARPER MYSTERY. Death in Sandpiper Bay and Danger at Sandpiper Bay are both available on-line.

Christine
1.0 out of 5 stars DNF - seriously are we supposed to rally around this jackass player of a hero?
Reviewed in the United States 🇺🇸 on April 30, 2020
This was a train wreck, I couldn’t get passed the sixth chapter. As a romance reader I’ve learned to trudge my way through crappy writing if the storyline itself is at least interesting. Jake and Kari were awful characters whose motivations were bluntly stated in a way that didn’t allow the reader to want to form any kind of connection/admiration for them. For example, when Jake is talking to his brothers and they just casually mention the reason he went to war was because his dead fiancée (who was not the heroine of the story) died in a terrorist attack. What is the timeline here? It sounded like the heroine knew he was going off to war indicating they were still supposedly together yet he talks about the reason he joins being this other fiancée? Not wracking your any points in the sympathy department.

While I have nothing but respect and gratitude for those who serve our country, it doesn’t excuse being a gigantic prick. Cool, you saved a dog from your vapid stepmom but other than that there’s nothing in his civilian life that redeems you for being a cheating dick. The supposed love of your life surprises you with news of your unborn child, and catches you cheating. News flash, as a full grown adult saying that it didn’t mean anything and you were just a kid (legally an adult but I’ll let it slide) is not an actual justification for being a douche canoe. At least take some accountability as a full fledged adult instead of brushing it all off and continuing your egotistical reasoning why Kari was the one who was truly at fault for surprising him. Should she have been the bigger person and confronted him sooner? Probably. But the double standard Jake provides on the inherent lack of communication (it’s a two way street bucko) is maddening. In any other romance Jake would most definitely be the slimy ex trying to get the heroine back only to have his efforts squashed by the true hero. Oh and lusting after your stepmother’s friend is not a good look....
Read more
One person found this helpful
Helpful
Report abuse

Ellen Oceanside
5.0 out of 5 stars SECOND CHANCES
Reviewed in the United States 🇺🇸 on April 17, 2019
Kari is a news anchor, with a different co anchor guy that makes her nervous, and now making mistakes. Called in and they are even going to do away with her special program of finding missing kids. She was hoping that someday she could find her missing sister .Wanting a glass of wine to unwind, she stopped and got them and a few groceries. Elevator was busy with a new person moving. Jake the war hero, blurted out that he was not welcome, this was her home. Even the wine bottles got broken when he bumped into her. There never was good bye between them, and he didn’t want one. Could he break the barrier of what she thought he was. He had years of therapy ahead of him, and wanted her to have her dreams, if it meant commuting between the cities they would do it. He had his work cut out for him, A good plot of second chances, and the love that was still there.
Read more
One person found this helpful
Helpful
Report abuse

Jake Harrington is a ex-Marine that is home after two tours in Iraq and dealing with burns and issues from his experiences in war. Kari Winslow is a local TV news personality and they have a history.

When Kari first sees Jake, she is hostile, wants nothing to do with him and he doesn't understand why. He is determined to get to the root of the problem and 'A Hero Lies Within' is a up and down romance as two great characters deal with lots of emotional issues. Add a sister that has been missing for fifteen years, Kari starts with a boyfriend, other war hero friends with issues, the pressure of a job and you have a great romance. I loved how the author was able to recognize so many of the problems that returning vets face and weave it into the storyline.
Read more
One person found this helpful
Helpful
Report abuse
See all reviews
Report an issue
Does this item contain inappropriate content?
Report
Do you believe that this item violates a copyright?
Report
Does this item contain quality or formatting issues?
Report