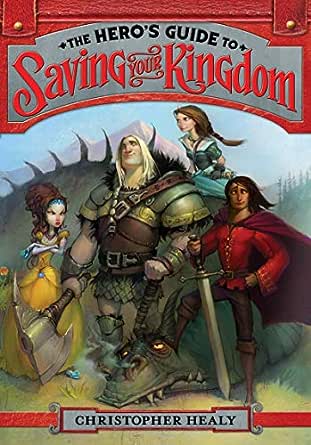 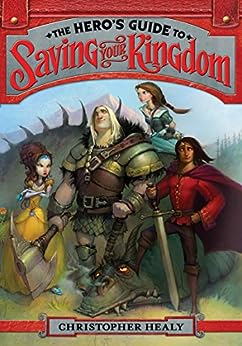 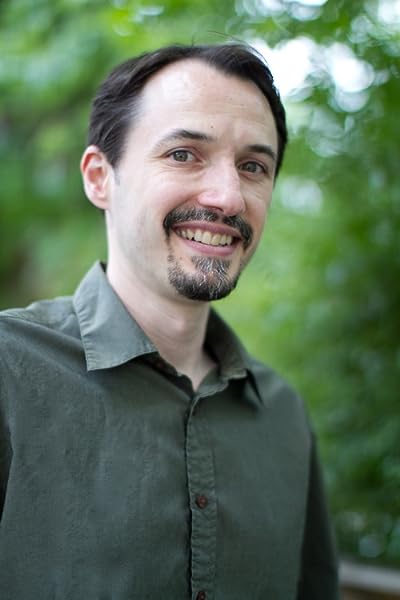 The Hero's Guide to Saving Your Kingdom Kindle Edition

“One of the more clever, hilariously successful incarnations of the current literary rage to rip apart and rewrite fairy tales… The princes in “The Hero’s Guide” may not be charming, but Healy’s romp of a book about them most certainly is.” (Los Angeles Times)

“The premise is indeed charming…a quest that recalls at moments the Musketeers and at others, the Marxes.” (New York Times Book Review)

“The fairy-tale world is tongue-in-cheek but fleshed out, creating its own humor rather than relying on pop-culture references. Healy juggles with pitch-perfect accuracy, rendering the princes as goobers with good hearts and individual strengths, keeping them distinct and believable. Inventive and hilarious.” (Kirkus Reviews (starred review))

“This is the most fun you can have short of rounding up King Arthur’s knights, filling their armor with laughing gas, and driving them to a roller disco.” (Frank Cottrell Boyce, New York Times bestselling author of COSMIC)

Kindle Customer
5.0 out of 5 stars Adventure with laugh for those searching
August 15, 2018
Format: Kindle EditionVerified Purchase
I love this book i thought the author has made characters of my personalities. Hilarious story about Prince charmings try to gain their rightful street cred because the princesses of the stories receive all the praise. I am glad this book has continuations. I love this book very much and this book never is tiring. Continues adventure jokes and a lot of self growth in awesomness. My favorite part was also finding out the bandit king is 10 haha shows with dedication recognition at any age is possible. this leads into the next book. I also liked all the characters again the version i dream of being and with their positivity know I can. i give five paws
Read more
Helpful
Comment Report abuse

Wendy Sparrow
5.0 out of 5 stars Perfect Pairing of Quirky Narration and Fanciful Illustrations
May 3, 2012
Format: Kindle EditionVerified Purchase
This book will be a guaranteed hit with some audiences--like my 11 year old daughter, who is into unorthodox princess stories like Ella Enchanted or Wrede's Enchanted Forest Chronicles, and my 9 year old son, who loved the oddball narration in the book How to Train Your Dragon. This was the perfect mash-up of a screwy adventure plot and its fairy tale basis.

The four princes of Rapunzel, Cinderella, Snow White, and Sleeping Beauty haven't got much to show for their brief splash of stardom. The bards of their respective kingdoms have labelled them all as "Prince Charming" and focused on their lack of heroics. Prince Frederic (Cinderella) was an impressive dancer, sure, but the real focus was on the rest of the story. Liam (Sleeping Beauty) and Duncan (Snow White) had awakened princesses with kisses, but Briar Rose turned out to be a despot and Duncan wasn't settling into married life as well as one would hope. Then there was Gustav (Rapunzel) and Rapunzel had not only saved herself but then she'd healed him with her tears--poor prince Gustav couldn't hold his manly head up after that. This story takes place after that... when the bards of the kingdom have disappeared and the witch from Rapunzel has concocted a wicked plot to finally get her fifteen seconds of fame.

The illustrations and the tone of this were reminiscent of Disney's Tangled--and the illustrations in this were amazing. I wish I'd bought this in hardcover just so I could flip through the book and stare at them. (For those buying the Kindle version, I was impressed at the appearance on the Kindle and though the file size is larger than most non-illustrated books, it's impressively small for how many illustrations there are in this.) I can't believe this is Todd Harris's first published book. His artwork was the ideal complement to the story. It's fun and fanciful and made me laugh out loud. I would love to have this artwork on my daughter's walls. It's gorgeous.

I laughed out loud a lot while reading this. But it's not just all funny bits and odd moments. There was some real character growth throughout this as the princes learned to appreciate each other's strengths and work together. My favorite line was probably this one:

"Look," Liam said, "sometimes being a hero isn't about getting the glory. It's about doing what needs to be done."

For parents: This was ideal for a bedtime story for kids who probably think they're too old for bedtime stories and definitely safe for all readers. No profanity. And violence was similar to what you'd expect from the original fairy tales--well, actually less violent than most of them (Grimm are grim.) And it's a great read for adults too. If you're a big fan of the play "Into the Woods," you'll find this lighter but equally entertaining.

Both the illustrator and author are going on my guaranteed buy list. This was really a fantastic showing from both of them. They matched. Perfectly.
Read more
30 people found this helpful
Helpful
Comment Report abuse

Alyssa
5.0 out of 5 stars Thank you, Mr. Healy, for reminding me what it feels like to fall in love with reading for the first time.
March 17, 2014
Format: PaperbackVerified Purchase
When you’re a child, you start reading books for the entertainment. You want to get away from the real world and feel elation over the adventure. That is what this book did for me; it made me remember how fun it is to read.

I for one have always wondered why every king and queen in fairytale land named their son Charming. It turns out, they didn’t. In fact, these princes all have their own unique name and story, though you’d never know it due to those pesky bards! The Hero’s Guide to Saving Your Kingdom focuses on four separate Princes Charming: Prince Frederic (He met Cinderella Ella at a ball), Prince Gustav (He saved was saved by a gal named Rapunzel), Prince Liam (He kissed a princess named Briar Rose and woke her up from a really long nap), and Prince Duncan (He and Snow White are rather perfect for one another). The princes have their own quirks and are vastly different though they find themselves thrown together in a quest that will save all of their kingdoms and teach them all what it means to become heroes of their own tale.

Ella wants adventure and life with Frederic is not at all what she had imagined it would be when she met him that night at the ball. While Ella would rather travel and explore, Frederic is much happier having a quiet picnic on his grounds – on a blanket of course, one must keep clean – or quietly admiring art in the safety of his castle, this difference in personality leads Ella to go off on her own, leaving Frederic to his safe, (somewhat boring) life.

Gustav often acts before thinking and therefore his mission of rescuing Rapunzel from her tower didn’t go as planned and she ended up leaving on her own, finding him wandering the forest, and rescuing him. As you can imagine, this is a rather sore subject for someone who believes himself to be quite the manly hero so he takes off to search for some adventure of his own and a way to make a name for himself, away from Rapunzel and his sixteen older brothers.

Liam, though arrogant, is really a bit more like the Prince Charming from the original tales. He is handsome, brave and well, princely. Unfortunately, when Prince Liam first rescued Briar Rose, he did not anticipate that she would be spoiled, selfish and an all-together mean person. This led to a rather awkward conversation in which Liam refused to marry Briar Rose and she threw a royal fit and vowed that she would marry him while he stood in shackles if need be. He promptly (and intelligently, in my opinion) put as much distance possible between himself and the princess.

Finally, Prince Duncan and Snow White are married and are quite happy for the most part. However, Duncan is rather quirky and sometimes Snow just needs some quiet time so she asks Duncan to “Go do something else” without her. He then blows Snow a kiss, leaves for a walk and becomes hopelessly lost. Lucky for him (and he will be the first to tell you just how lucky he is) he is found a few days later by Frederic and Gustav who are on their way to “rescue” Ella. Personally, I loved Duncan beyond reason. His antics and outbursts had me laughing out loud. He is definitely one of the sweetest characters I have ever had the pleasure of reading about.

Both the princes and princesses are fabulous, though I hope we hear more from Rapunzel in book two and I greatly appreciated their vast differences and limitations that made them all stand out. The villains were also fantastic; I have a rather soft spot for a witch who uses a thesaurus spell so that she can insult people more creatively! The dwarves (not dwarfs) provide some snarky fun and the trolls are vastly misunderstood creatures.

This book made me insanely happy. It made me remember what it was like to curl up with my first Wizard of Oz book as a child. It made me smile, giggle and laugh out loud, a feat that few books are able to accomplish. But most of all, it helped me realize that I really do have a soft spot for Middle Grade novels. Thank you, Mr. Healy, for reminding me what it feels like to fall in love with reading for the first time.
Read more
2 people found this helpful
Helpful
Comment Report abuse
There are 223 customer reviews and 228 customer ratings.
See all 223 customer reviews
Write a customer review