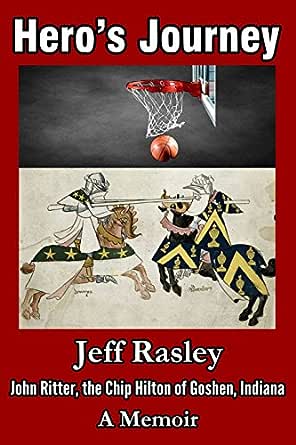 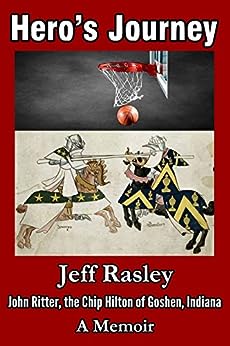 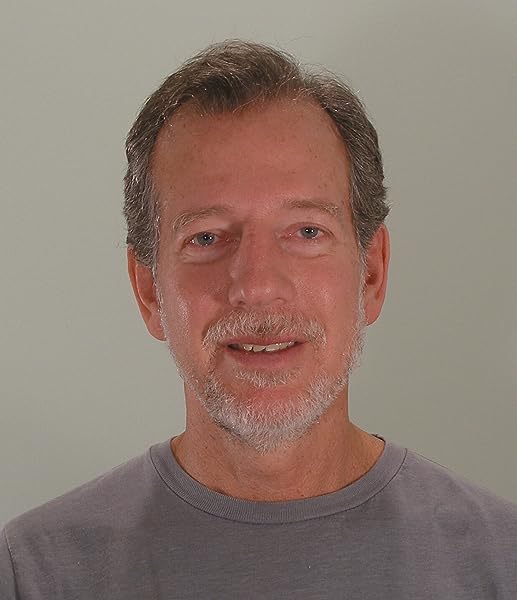 "Rasley's prose is infused with the deftness of his law training and the seeing-eye of a mystic... It is late in the narrative that the very human life of John Ritter  unfolds within Rasley's Homeric complexity of what truly marks  ascendancy to epic hero status, and why it is 'we the people' who  stumble through life with feet of clay." Nuvo, Apr 14, 2020, Rita Kohn

"Jeff Rasley's book, Hero's Journey: John Ritter, the Chip Hilton of Goshen,Indiana; a Memoir, is more than a memoir and more than a biography. It enlightens us about how the meaning of hero has changed and the pressures put on heroes to be perfect." The Bright Side, hosted by Tekneshia Day, June 21, 2016

"Hero's Journey delves into the subconscious, memory, and idealism in a quest to understand 'hero consciousness' through the life journey of the author's childhood heroes, Chip Hilton and John Ritter." Frederic Bye, Creative Magic Unchained, fredericbye.com/jeff-rasleyhero/

Jeff Rasley lives on the White River in Indianapolis with Alicia and Bandit. --This text refers to the paperback edition.

John McLaughlin
4.0 out of 5 stars Jeff Rasley on Heroes.
Reviewed in the United States on June 28, 2016
Verified Purchase
Jeff Rasley’s newest book, *The Hero’s Journey* is a meditation on the definition and trials of the Hero, using Joseph’s Campbell’s “Hero With a Thousand Faces” as, ultimately, the lattice on which he strings his discussion. This model is, to some extent, very helpful, if perhaps in the end somewhat limiting (remember *The Heroine’s Way,* by a female author who asked Campbell what the women’s version of this male model was, and wrote her own book when Campbell couldn’t come up with one?).

But of course Jeff Rasley — a Himalayan climber as well as a lawyer — is focussed, for this discussion, on the triumphs and passage through later troubles of a basketball champion in his hometown, who seemed destined for a life of NBA glory but somehow did not make it to those heights, disappearing for a number of years, until Rasley caught up with him, finding that he had been through divorce, depression and drink, gone down to putting on great amounts of weight, but then eventually got out of that abyss, and wound up running an office for ticket-scalpers.

If you apply Campbell’s scheme of the Hero, there’s certainly a good beginning, the call out to action, followed by what the Greeks might have called the fall due to hubris, into Bunyan’s “Slough of Despond,” followed by a rise from that despair, to an achieved wisdom, and, in Rasley’s reading of Campbell, the final, happy return to service unto others.

As the author winds through his story, describing in scrupulous detail the game of basketball, and his hero’s early, dazzling success, you can see where he’s heading. You wonder, of course, what his “call to action” was: his native talent? An unusual gentleness and kindness to other people — the kids coming up, his team-mates? (Perhaps one of the things Campbell is careful to delineate, and Rasley glides over, an early meeting with someone who appears to be an enemy but turns into an ally, would in this case be his coaches, in high school and in college? Or the opponents to whom his hero is courteous to after a hotly contested game?)

At any rate, there may be something akin to the tragic hubris about the early belief that he will coast into the NBA and become a professional star; that light is soon extinguished, due, it would seem, to specific weaknesses in this hero’s approach to the game — lack of a killer instinct, one might say. And then — the disappearance into those dreadful mists of failure, noted above.

At this point, it certainly meets Campbell’s early arc, from heroic beginning to tumble into despair. A difficulty with following this real-life “hero,” obviously, is Rasley’s inability to find much of the details of the passage to the third part, the upturn, and — to some people, perhaps? — that final place of wisdom and achievement, running a ticket-scalper’s office. You can decide the merits of that destiny for yourself, of course.

If you get hold of this cleanly-written book — I got it as a Kindle e-book, as I did his earlier, fascinating books on mountain climbing and eco-trekking, following along as he worked with the inhabitants of Sherpa Tensing’s home village, Basra, to bring hydro-electric power and thence, computers and the Internet to that isolated valley, with the consent of its elders — this latest book seems, in a sense, to step outside of those non-fiction but exotic stories, and also his intervening novels, to this discussion of a hero from Rasley’s childhood and his ultimate fate. Find these on the Internet, and I’m convinced you’ll become a fan of Jeff Rasley’s writing, as I am.

California Dreamer
5.0 out of 5 stars Hoosiers and Flawed Heroes
Reviewed in the United States on May 25, 2016
Verified Purchase
Ever wondered what happened to Jimmy Chitwood after he hit the winning shot in the movie Hoosiers? No doubt he went on to lead a wonderful life, maybe as a coach in little Hickory after starring in college somewhere. That's the storybook ending. But in this wonderful memoir, Jeff Rasley reveals a darker side to Hoosier Hysteria, the state religion of Indiana. It's hard to pin down what exactly this book IS--part biography of a real Indiana basketball star, John Ritter; part spiritual musings on how we Americans raise up and kick down heroes; part mystery quest. But in the end, it is really the author's own coming to terms with the ideals of youth and their inevitable disappointments. Chitwood and his fellow Hickory Huskers, based loosely on Milan's run to the state championship in the 1950s, were taught unassailable moral guidelines. A decade later, during the tumultous 1960s, teams would split apart over rebellion against old-school coaches, students would stage walkouts against the Vietnam War and authoritarian rules, and crewcuts would be replaced by long hair. Read this book if you want to know how the Huskers might have reacted to Norman Dale in 1969, and how Chitwood might have fared under the pressure of hero worship. Highly recommended.
Read more
3 people found this helpful
Helpful
Report abuse

dennis mathews
5.0 out of 5 stars The movie Hoosiers is compelling to a wider audience than ...
Reviewed in the United States on July 13, 2016
Verified Purchase
The movie Hoosiers is compelling to a wider audience than only aficionados of Indiana high school basketball because dramatic struggle is portrayed in more forms than just the David and Goliath battle of the plucky Hickory team on the hardwood. The coach, played by Gene Hackman, struggles to maintain an effective but appropriate level of discipline aware that in the past his intensity crossed the line to abuse and threatened to end his coaching career. Far from the gymnasium full of supportive fans and cheerleaders the father of one of the team members, played by Dennis Hopper, wages his own lonely battle to confront the demons of despair and shame that resulted in his alcoholism. The movie is uplifting at least as much because of the quieter personal triumphs achieved in addition to the heroic victory of the small town team over big city opponents on their way to the state championship.

Who deserves to be regarded as a hero and for what reasons is the broader subject of the book by author Jeff Rasley, “Hero’s Journey: John Ritter, the Chip Hilton of Goshen, Indiana; a Memoir”. Rasley begins by comparing the hero of his childhood storybooks, Chip Hilton, to a real life figure in his hometown, John Ritter, who in the author’s youth seemed to be the personification of that fictional hero. Ritter was a dominant high school basketball player who led his small town team to prominence and went on to star at Indiana University during a tumultuous period in the early 1970’s. As a young man Rasley looked up to Ritter as someone who seemed to live a charmed life and succeeded at everything he undertook on and off the athletic field.

Somewhere along the way in the years after his celebrated accomplishments on the basketball court John Ritter’s life began a downward spiral that led to divorce, alcohol abuse and homelessness. Because Ritter ultimately decided not to reveal the details of his personal life to the author Rasley can only speculate from second hand information what led this hero of his youth to his decline. However, various information sources also suggest that Ritter’s life has improved substantially from its nadir at one point as a homeless cab driver in Indianapolis. Nevertheless, Ritter seems to be estranged from his hometown where his star once shined bright. It is unclear to what extent this estrangement is a result of the town’s reluctance to acknowledge that their former hero has feet of clay or Ritter’s own reluctance to acknowledge the same of himself. Rasley’s memoir serves as an appeal to both sides for acceptance and rapprochement. The author examines various historical interpretations of the criteria used to define a hero and makes the case that experiencing and surviving failure is a legitimate and important criteria. This interpretation reflects a maturity that sees the perpetually victorious heroes of youthful novels for the one-dimensional, fictional characters that they are and even for the danger that they can represent if they prevent us from achieving acceptance and resolve when failure is experienced, which in the real world is inevitable.
Read more
2 people found this helpful
Helpful
Report abuse
See all reviews