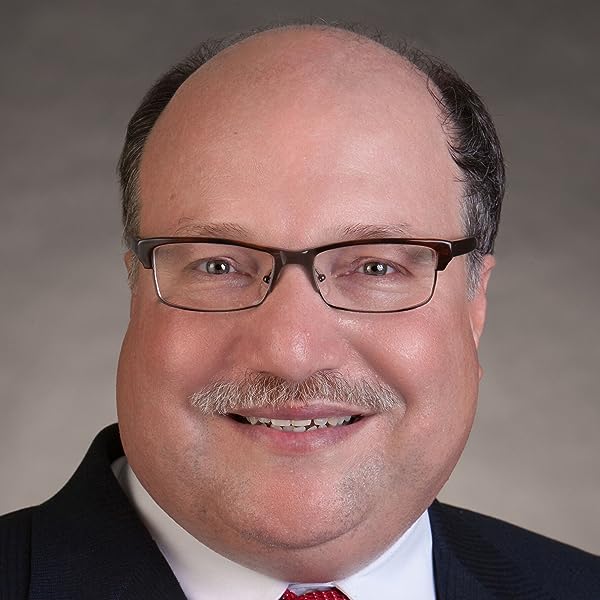 Hey! What's My Number?: How to Improve The Odds You Will Retire in Comfort Paperback – December 31, 2014

by Christopher Carosa (Author)
5.0 out of 5 stars 2 ratings
See all formats and editions
Sorry, there was a problem loading this page. Try again.

Do you want to see how the drive to living a comfortable retirement is easier than you think? Buy this book to learn: Hey! What’s My Number? reveals a four-step process that gives you a clear, easy-to-understand road map to that comfortable retirement. It features a never-before-seen Hey! What’s My Number? “Retirement Readiness” calculator that acts like a check engine light for your retirement savings vehicle. Several advantages set this free web-based tool apart from the many “retirement” calculator clones every broker insists you use. For example, the only data you need is already at your fingertips. You don’t have to guess how long you expect to live (no one really knows that anyway). You don’t have to guess the future direction of key economic data like inflation, market returns, and the nation’s GDP (not even professionals can do this). Most satisfying to many, you also don’t have to guess what you’ll spend when you retire (although you could if you want – yes, the calculator is that flexible). Best of all, the Hey! What’s My Number? “Retirement Readiness” calculator automatically tells you the one number you want and need to know. It’s your “Goal-Oriented Target” (or “GOT”). Discovering your own personal GOT allows you to see what you will need to earn each year on your retirement savings. You can take that number and, working either independently or with your financial adviser, determine how to invest your savings to achieve that GOT. Of course, your GOT is not written in stone. You can take actions to change it. Hey! What’s My Number? shows you how to do that. (See, I told you the Hey! What’s My Number? “Retirement Readiness” calculator was flexible!) While not ignoring the essential first steps, Hey! What’s My Number? takes you well beyond these. It demonstrates how many have used their 401k as the vehicle to carry them to retirement happiness. Experience the wisdom and insights of dozens of the leading retirement service professionals from all across the country and explore how you can retire in comfort. Along the Journey, You’ll Uncover What Drives a 401k to Work So Well: • 4 Steps That Will Change Your Life • How to Retire a Millionaire (Hint: It’s Easier Than You Think) • 7 Simple Saving Secrets Every 401k Saver Should Know • 10 “Don’t”s of 401k Savings • The Retirement Saver’s Secret Weapon • The 401k “Benefits” That Can Hurt Your Retirement Readiness • The Three Most Common “Over”-reach Mistakes of Retirement Savers • 3 (Bad) Reasons 401k Savers are Over-Cautious • The 2 Least Understood Investment Rules that Most Harm 401k Savers • Revealed: The Three 401k Strategies More Important than Your Investment Selection • The Secret to Retirement Success • A Warning to All Retirement Savers • Detecting These Signs Can Help 401k Investors Avoid a Fall • Why Everyday People Hate and Mistrust the Financial Services Industry • “Peril” – the new “Risk” • The New Way: Goal-Oriented Targeting • How Does Goal-Oriented Targeting Work? • Are You Ready to Retire? • Your Key Personal Data • How to Assess Your Personal GOT • 5 Things to Do to Improve Your GOT Depressed because your investment returns have lagged? When you buy my book, you’ll find this matters less than you think and, much to your delight, you’ll unearth the simple way to overcome this apparent shortfall.
Read more
Previous page
Next page

You might recognize Christopher Carosa as the oft-quoted President of the Bullfinch Fund and its investment adviser Carosa Stanton Asset Management, LLC. A popular and entertaining nationally recognized speaker from coast to coast, he has appeared in, among other media outlets, The New York Times, Barron's, CNN and Fox Business News. Mr. Carosa was born in Buffalo and grew up in Hamburg, NY before moving to Chili, NY at age ten. He is a well-known promoter of the Greater Western New York region and also recognized as the local author of the book 50 Hidden Gems of Greater Western New York (Pandamensional Solutions, 2012) of which he's spoken about to many area service clubs and organizations. He's the first graduate from Gates-Chili High School to attend Yale University. Mr. Carosa has also been a top rated AM disc jockey, at one time was declared one of Rochester's "Most Eligible Bachelors," has climbed to the top of two volcanoes (including Mt. Vesuvius), once earned a national prize for his academic research, has seen a stage play he's written (The Macaroni Kid) performed to sold out audiences, and generally has had a pretty good life. Along the way Mr. Carosa has also been a successful serial, some say parallel, entrepreneur. He's created a market research company, a weekly suburban newspaper, a trust company, a mutual fund, and a national media company. Although he does have an MBA from the University of Rochester's prestigious Simon School, Mr. Carosa says he did so only to be able to tell people he didn't need an MBA to be successful in business. In fact, he claims everything he ever learned about business he learned by working in his grandparents' pizza stand at the Erie County Fair. Mr. Carosa has written five other books: A Pizza The Action (2014); 50 Hidden Gems of Greater Western New York (2012); 401 Fiduciary Solutions (2012); A Life Full of Wonder (2005 - unpublished); and, Due Diligence (1999). In addition to other publications, he has written more than 500 articles for FiduciaryNews.com. If you'd like to read more by Mr. Carosa, feel free to browse his author's site, ChrisCarosa.com; LifetimeDreamGuide.com, a site to another book he's working on. Mr. Carosa lives in Mendon, NY with his wife, Betsy, three children, Cesidia, Catarina, and Peter, and their beagle, Wally.

Christopher Carosa was born on the third floor of Mercy Hospital in Buffalo, New York on a hot summer morning in mid-July, 1960. Barely a Kindergartner, he and his younger brother produced a daily newspaper (for just one day, and mainly as an excuse to type on their mother's vintage typewriter). He conducted his first public reading in first grade at the age of six, where he read a story he wrote about "Herbie the Helicopter" (sort of like "the little train that could" except with rotors instead of wheels).

Later, as a teenage rebel who detested all things literature and English class, he once joined with a small band of classmates in tenth grade who refused a class assignment to read a novel and write an analysis of it. The teacher gave each of the renegade students a stern choice: "either do the assignment or write your own novel." While all his friends bowed to their instructor and did the assignment, Mr. Carosa held firm. He wrote his first novel "Armageddon" (a geo-political sci-fi epic set in the not-so-distant future). His teacher gave him an "A" and went so far as to suggest the budding scientist might have a dual career as a writer a la Isaac Asimov.

The young Carosa laughed at the suggestion, but remained a closet author, coming out rarely and when it was least expected. He agreed to serve as treasurer of his high school literary magazine Equinox, but only if the editors agreed to publish his sophomoric send-up of Star Trek. They reluctantly acceded to his demands. He went on to oversee a then record-breaking sale of the flimsy carbon-copy annual, mostly by offering to personally autograph every copy sold ("You never know," he told unsuspecting buyers, "I might be famous some day.")

Despite his best efforts, such as organizing a union of AP English Students (U.A.P.E.S.) and leading a "strike" where the entire class skipped one day, he passed his English classes. He found his antics fared no better in college, where his mocking essays failed to incite the professor, who instead enjoyed them for their "change of pace."

Now a full-fledged adult, Carosa began writing in earnest the last few weeks of his college career. With hours of computer time left in his account and his senior thesis complete, he spent his remaining time using an archaic word processor to create entertaining tidbits for his friends.

And that was it.

The author within him went into hiding. He still wrote, but no one knew. He accumulated pages and pages, then floppy disks and floppy disks and then finally hard drives full of creative content. Some of it will never see the light of day (and probably shouldn't). Some of it you see here and will continue to see.