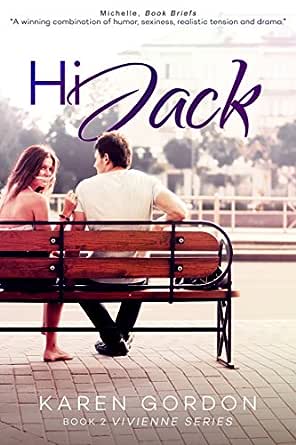 You've subscribed to The Vivienne Series! We will preorder your items within 24 hours of when they become available. When new books are released, we'll charge your default payment method for the lowest price available during the pre-order period.
Update your device or payment method, cancel individual pre-orders or your subscription at
Your Memberships & Subscriptions
There was an error. We were unable to process your subscription due to an error. Please refresh and try again. 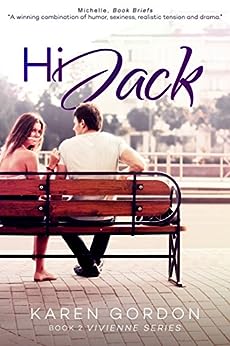 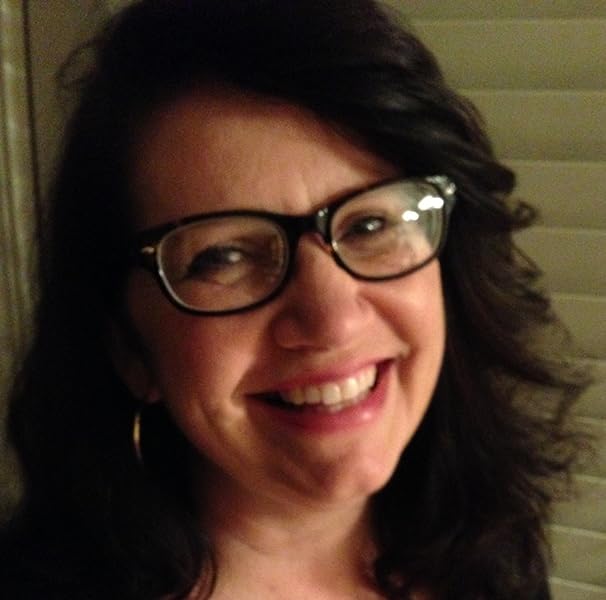 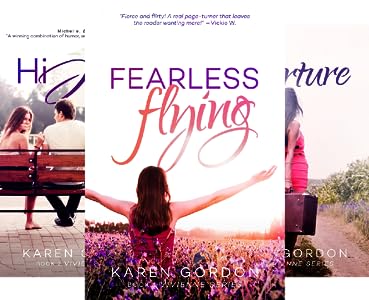 "A fun story with an engaging character! Five stars from me!" Rachel from RaeReads

"Another fun installment in the Vivienne series. Vivienne is so likable you'll find yourself thinking of her as a friend." Lisa from The Meaning of Me

"Karen does it again with her second novel in Viv's series. I was captivatedfrom beginning to end and now I can't wait for the next addition to this amazing tale." -Hannah

4.8 out of 5 stars
4.8 out of 5
17 customer ratings
How does Amazon calculate star ratings?
Amazon calculates a product’s star ratings based on a machine learned model instead of a raw data average. The model takes into account factors including the age of a rating, whether the ratings are from verified purchasers, and factors that establish reviewer trustworthiness.
Top Reviews

Pamela James
5.0 out of 5 stars Still can't put it down.
Reviewed in the United States on March 4, 2017
Verified Purchase
Vivienne is super smart and an expert at organization. Between her new job and planning for her BFF's wedding, she doesn't have much time for anything else. The new boss is the spoiled son of the CEO. Vivienne has her hands full trying to keep Jack on point. Very entertaining. I usually don't like cliffhangers, but now can't wait to read the next book....Pam James.
Read more
Helpful
Comment Report abuse

Elizabethaem
5.0 out of 5 stars Great! Can't wait for next book!
Reviewed in the United States on January 16, 2017
Verified Purchase
Very good excellent cliffhanger! Vivienne has a great attitude can't wait to see what happens with Jack and her. Interesting.....
Read more
Helpful
Comment Report abuse

LorenB
5.0 out of 5 stars Vivienne's Journey Continues!
Reviewed in the United States on April 20, 2017
Book 2 picks up with Vivienne meeting with the CEO of Jetstream, Joel Rockhurst, where he offers her a new position on the executive floor working for his son, Jack, who just finished at Duke. Vivienne has never met Jack and doesn't fully realize at first what a complete train wreck he is, despite the fact that he's super hot. She finds out pretty quickly, however, that Jack has zero interest in succeeding in the business and ends up covering for him and doing all of his work, along with hers. But that's Vivienne -- take control and do whatever it takes. She tries not to let things spiral out of control, but Jack's being sued, her best friend is getting married, and Jack is just a screw up in general. With her control and determination, she does all she can to make Jack look like a success, because failure is not an option for Vivienne Ramsey! Vivienne's dialogue back and forth with Jack is comical, and the book ends with Jack showing up on her doorstep, drunk and coming on to her. After she tells him off and throws him out, she knows she has more work to do than ever. Challenge accepted!
Read more
Helpful
Comment Report abuse

LJT
4.0 out of 5 stars 4.5 Stars!
Reviewed in the United States on March 6, 2017
HiJack by Karen Gordon is an exciting novella. This book and series are about the life and times of Vivienne Ramsey, a super-organized and independent young woman. Vivienne's a skillful executive assistant and as a result, she was recently promoted to the executive suite. She now works for the CEO's very immature and inexperienced son Jack Rockhurst. Jack is being groomed to takeover JetStream Aerospace, and it is Vivienne's job to keep him in line and share her business expertise. Since Jack's only desire is to party and have fun, Vivienne spends all of her time covering his butt and running his errands. Her days are very long and she is exhausted. Babysitting a resentful Jack, while dodging his father is a difficult job, yet Vivienne does it with incredible finesse and cleverness. She yearns to one day find her special someone.

This is the second installment in Ms. Gordon's The Vivienne Series. The third novella was published a few weeks ago and I can't wait to read it. This is a well-written story and Vivienne's beauty and brains are truly engrossing.

Rae reads
5.0 out of 5 stars A fun story with an engaging character!
Reviewed in the United States on January 12, 2017
This is the second book in the Vivienne Series, you can catch my review of the first book Fearless Flying here. Vivienne is a strong, determined and charming character. I really enjoyed getting to know her in Fearless Flying. So what did I think of HiJack...

Vivienne is the same strong and resilient character that I couldn't help but like from Fearless Flying. However the addition of Jack in Vivienne's life has upset her structured and ordered life. It was great to see her out of her comfort zone. Jack is a great character even though there were plenty of times when I was annoyed with him on Vivienne's behalf!

I really enjoyed this fast moving short story and before I knew it I had reached the end of the book. The ending sets up the next book in the series brilliantly. I can't wait to find out what Vivienne will do next and how she will move forward in gaining some control.

A fun story with an engaging character!

Five stars from me!

Thank you to Karen Gordon for my copy. This is my honest and unbiased opinion.
Read more
Helpful
Comment Report abuse

Lisa L.
4.0 out of 5 stars Another great read in Karen Gordon's Vivienne Series!
Reviewed in the United States on January 13, 2017
Another fun installment in the Vivienne series. Vivienne is so likable you'll find yourself thinking of her as a friend, cheering her on when she succeeds and admonishing her when she's not thinking clearly. The story is fast-paced, engaging, and easy to read - I did it in one sitting. Karen Gordon does a great job of drawing you into the story and leaving you right where she wants you at the end as you wait for the next installment. I thoroughly enjoyed this installment and am anxiously looking forward to #3!
I received an ARC in exchange for my honest review.
Read more
Helpful
Comment Report abuse

Marjorie R. Mindel
5.0 out of 5 stars A..hole boss to an OCD perfect secretary
Reviewed in the United States on August 20, 2017
OMG! Poor Vivienne is saddled with an immature, insensitive, lazy, drunk, womanizing boss. She has been assigned as secretary to the CEO's pitifully unprepared son, who needs to grow up and take charge of his life and his job in order to succeed his father as CEO someday. Will Vivienne survive his callous insensitivity and lack of preparation in his job, not to mention his very few hours actually in his office, pretending to work? I can't wait to read the next volume.
Read more
Helpful
Comment Report abuse
See all reviews from the United States