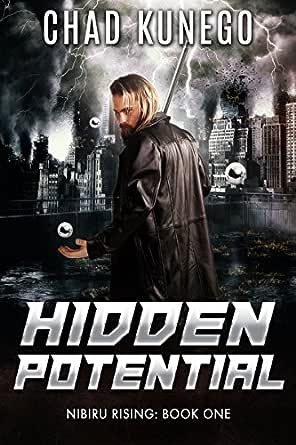 You've subscribed to Nibiru Rising! We will preorder your items within 24 hours of when they become available. When new books are released, we'll charge your default payment method for the lowest price available during the pre-order period.
Update your device or payment method, cancel individual pre-orders or your subscription at
Your Memberships & Subscriptions
There was an error. We were unable to process your subscription due to an error. Please refresh and try again. 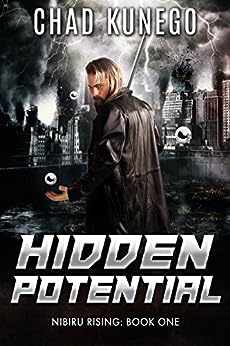 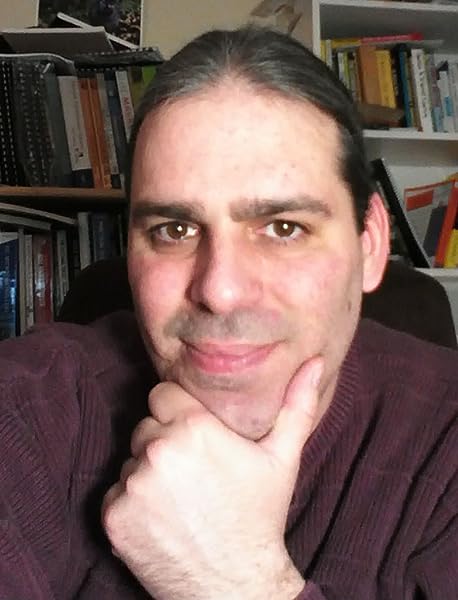 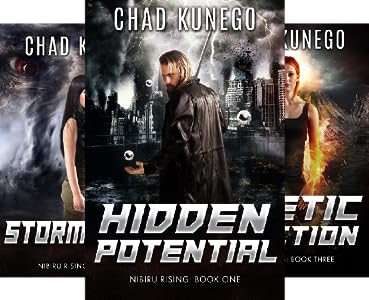 4.8 out of 5 stars
4.8 out of 5
23 customer ratings
How does Amazon calculate star ratings?
Amazon calculates a product’s star ratings based on a machine learned model instead of a raw data average. The model takes into account factors including the age of a rating, whether the ratings are from verified purchasers, and factors that establish reviewer trustworthiness.
Top reviews

claudette valliere
5.0 out of 5 stars Thumbs up, way up for this one
Reviewed in the United States on August 24, 2018
Verified Purchase
Damned fine read. Spoiler alert.

This one starts with Kaitlyn, call sign Hellkat, She works for a group that pursues strange happenings. The Colonel who runs the department comes in and tells her the whole episode is being broadcast on live TV. A man has a woman dangling off the ledge at the Rapier building. Kaitlyn is ordered to go with her team to see if they can stop what is about to happen. The man holding the woman is a cyborg and he's yelling for Newton.

Kaitlyn has quite a team. All with special powers. Hers is the ability to flame. The be it, to throw it. Right now she and her team will be heading into the city to see if they can stop the cyborg.

Rick is just entering his favorite diner. The Crusty Kettle. All the customers are staring at the TV and Rick asks Barbara the owner what's going on. She tells him about the man on the roof of the Rapier building holding a woman over the edge and yelling for Newton. She's wondering why he's asking for cookies while threatening to throw the woman off the roof.

Rick knows this is about him. Twenty years ago he left the Army and worked for an outfit called Maelstrom. His commanding officer was his brother Hal, a cyborg. Hal was someone he idolized for his abilities with anything mechanical. He was always the one who protected his geeky brother during school. After one mission where he found out the people he killed weren't enemies of the US he took Maelstrom down and thought he had killed Hal.

Rick has been hiding for the last twenty years and hasn't used his powers in all that time. Now he will have to kick the rust off and take on the cyborg who he recognizes as his dead brother Hal. He has powers no one else has. He uses kinetic energy in all its forms. That's what powers him and gives him an edge.

Ben Garner
5.0 out of 5 stars fun and entertaining
Reviewed in the United States on August 22, 2018
Verified Purchase
I loved the book. The hero was very powerful and yet made small mistakes that he had to overcome and learn from.
Plenty of action and entertainment along with sprinkles of humor in the right places. I am looking forward to the next book and hope the writer continues with this series. I think as more and more people read the series, it will be successful.
Read more
Helpful
Comment Report abuse

Chris Bennett
5.0 out of 5 stars Great read!
Reviewed in the United States on September 16, 2018
Verified Purchase
I'm not big on the review writing but I will say buy this book. Fun and fast paced. I hope this is the first of many books! If you like adult superhero books then buy this.
Read more
Helpful
Comment Report abuse

john Millz
5.0 out of 5 stars Very very glad I got this
Reviewed in the United States on December 12, 2018
Verified Purchase
Freaking loved it. Such real characters and display of powers not normally written about. Rick is crazy strong but relatable at the same time.
Read more
Helpful
Comment Report abuse

Christopher Holloway
5.0 out of 5 stars Five for promise
Reviewed in the United States on February 3, 2019
Verified Purchase
Needs more editing, moves around a lot without fleshing characters out, but I dig it. It is an interesting story, the characters can become awesome, and the world intrigues me. More please.
Read more
Helpful
Comment Report abuse

Kindle Customer
5.0 out of 5 stars I liked the whole story
Reviewed in the United States on April 15, 2018
Verified Purchase
I liked the whole story. It had plenty of action. I don't think there was anything I did not like.
Read more
One person found this helpful
Helpful
Comment Report abuse

Kindle Customer
5.0 out of 5 stars Best Superhero Book
Reviewed in the United States on May 13, 2019
Verified Purchase
Out of all the superhero books I have read in the last few years this was definitely one of the best, right up there with Brandon Sanderson's Reckoner series
Read more
Helpful
Comment Report abuse

Amazon Customer
5.0 out of 5 stars Great book!
Reviewed in the United States on December 28, 2018
Verified Purchase
This was a very enjoyable read. I've just bought the second and I can't wait to read it. Hopefully there will be many more in the series.
Read more
Helpful
Comment Report abuse
See all reviews from the United States