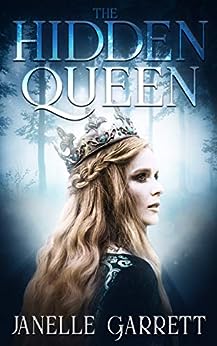 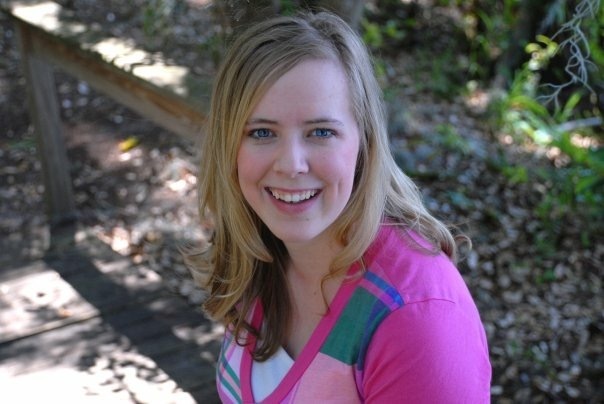 by Janelle Garrett (Author) Format: Kindle Edition
Book 1 of 3: The Rodasia Chronicles
See all formats and editions
Sorry, there was a problem loading this page. Try again.

Secrets and betrayal. Fear and courage. Can one woman keep her nation from destruction?

For fans of Francine Rivers, Lynn Austin, and Tamera Alexander.

Gwyneth Blacksman was content to live comfortably on her farm, but a long-held secret changed her life forever. Thrust into a role she didn't want or ask for, Gwen must face the facts. Will she step up and be who her people need her to be? Or will she wilt under the pressure of politics, schemes, and a looming war? The Emperor of Devin offers her a way to avoid the bloodshed that is sure to come, but his offer is disingenuous at best, a lie at worst.

With her countrymen's lives on the line, Gwen must make a hard choice. Give into the Emperor's demand, or stand against him and take Rodasia into a war they can't win? As the problems keep mounting, she turns to the only two people who have stayed by her side through it all. Charles, the conflicted soldier who stirs up all sorts of feelings she would rather ignore, and Jakob, the excommunicated priest who challenges her assumptions about God.

Step into the Rodasia Chronicles, where plots, betrayal, love, and faith are only the beginning for Gwen as she struggles to become the person she was meant to be.

Other books by Janelle Garrett:

The Survival Guide for Nursing Students

Next 3 for you in this series See full series
Total Price: $10.97
Books In This Series (3 Books)
Complete Series
The Rodasia Chronicles
Kindle Edition
Page 1 of 1Start OverPage 1 of 1
Previous page
Next page

Janelle Garrett is a jack of all trades. Registered nurse, stay at home mom, medical records consultant…and writer. Her passion from the time she was ten was to write stories with unforgettable characters. The sphere came into existence when she was bed-bound after knee surgery, and in walked a character shrouded in black and trapped in a magical wood on a dangerous mission. The story flowed from that vision. You can catch her on twitter @JanelleGwriter or at her blog, www.janellegarrettwriter.com

Kindle Customer
4.0 out of 5 stars Strong heroine!
Reviewed in the United States 🇺🇸 on May 25, 2019
Verified Purchase
I quite enjoyed this. I like the way the author incorporated historical themes into her world. I like the main character's resilience. The dialogue flowed well. I liked the transitions between Gwen's memoirs and her present. It was a creative way to tell the story. One thing that I found quite surprising was the author's choice not to expand upon the life of the characters introduced in the prologue. They are mentioned briefly in the beginning and the end. My assumption is that she plans to incorporate these characters into the second book. The ending was left incomplete, but it wasn't a brutal cliff hanger. And I don't know if this was intended, but the sanctuary and the Jacob's teachings, reminded me so much of the Protestants and the Catholics in 16th century Europe. There were so many instances of familiar historical themes, but she kept it her own, and I admire that. A brilliant mix of our world and a world of her own creation. I also really like the cover. I try not to judge books by their covers, but this one is nice. I would like to recommend this one to women of all ages. The romance is clean yet whimsical.
Read more
One person found this helpful
Helpful
Report abuse

Jane
3.0 out of 5 stars Great story, SIGNIFICANT let down at the end.
Reviewed in the United States 🇺🇸 on June 16, 2019
Verified Purchase
I really enjoyed this whole series, but I must say, if I knew the ending was going to be so vague, I would have never began the process. The author does an amazing job of intricately weaving a story of love, betrayal, and excitement... until the end. It almost seems like she was tired of writing and just wanted to wrap it all up. I feel let down because I want to know details about what happened with Charles, Gwen, Brune and Lacy... not just be left to assume the best. I'm so sad about this. Such a great series, but a disappointing lack of description at the end.
Read more
One person found this helpful
Helpful
Report abuse

S
4.0 out of 5 stars Politics, love, drama, and good humour
Reviewed in the United States 🇺🇸 on September 21, 2019
Verified Purchase
The Hidden Queen is an interesting novel about court intrigues, personal development, and the effects of theology on a kingdom.

The characters were, for the most part, well fleshed out, with unique personalities. Gwen herself, the protaganist, was a little bit too much of a Mary Sue. Her only real fault was losing her temper now and then, but this never had any serious consequences. Everyone seems to fall in love with her or want to use her as a political tool, but generally she is well loved because she is 'nice'. I think her character would benefit from facing some heavier decisions, and dealing with the consequences of those decisions.

The narrative structure was well done, with the present alternating with diary entries of the past. The parallels in theme and character development between the two time periods was masterfully executed, and perfectly paced.

aristae
3.0 out of 5 stars 3 and a half stars
Reviewed in the United States 🇺🇸 on May 10, 2020
Verified Purchase
Good book, but would have liked more character development. Good coverage of difficult topics and themes. I'm looking forward to reading the next book.
Read more
Helpful
Report abuse

escapewithbooks
4.0 out of 5 stars Good story, but......
Reviewed in the United States 🇺🇸 on August 11, 2019
Verified Purchase
I read this on my Kindle Fire, so my review is of the kindle version (if that makes any difference). The book is a good story, but it is FULL of grammatical errors! Whoever edited the book needs to be replaced. Wrong words, misspellings, words omitted - wow, just terrible. Who even lets this mess be published? How does that work? Guys!!! Edit and correct this work!! Errors are distracting, hence the four stars.
Read more
Helpful
Report abuse

Brenda L.Murphree
5.0 out of 5 stars Interesting story!
Reviewed in the United States 🇺🇸 on February 13, 2020
Verified Purchase
I listened to the audiobook and I loved the narrator’s voice. She brought this book to life for me. The story of a young girl that was brought up in a normal life but was actually an heir to the throne. Her mother decided it was time for her to be trained as a queen because she was dying.
An interesting historical book that has all kinds of emotional feelings portrayed. This young queen was brave and sometimes foolish but she showed so much courage to keep going. There was some romance but not overwhelming at all. Try this audiobook if you like listening to books. I really enjoyed.
I received a complimentary copy of this audiobook but was not required to write a positive review. All opinions are my own.
Read more
Helpful
Report abuse

Bess Li
1.0 out of 5 stars Okay, but...
Reviewed in the United States 🇺🇸 on April 3, 2020
Verified Purchase
Not for me.
Read more
Helpful
Report abuse

Mandy
5.0 out of 5 stars Excellent fantasy
Reviewed in the United States 🇺🇸 on October 20, 2020
Verified Purchase
This story is outstanding. The characters outlandish and perfect for their setting. I cannot wait to read the next book!
Read more
Helpful
Report abuse
See all reviews
Report an issue
Does this item contain inappropriate content?
Report
Do you believe that this item violates a copyright?
Report
Does this item contain quality or formatting issues?
Report