You've subscribed to Untold WW2 Stories! We will preorder your items within 24 hours of when they become available. When new books are released, we'll charge your default payment method for the lowest price available during the pre-order period.
Update your device or payment method, cancel individual pre-orders or your subscription at
Your Memberships & Subscriptions
There was an error. We were unable to process your subscription due to an error. Please refresh and try again. 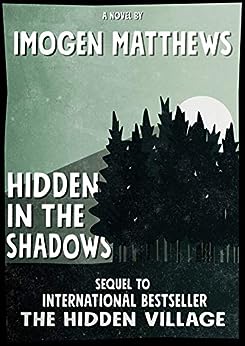 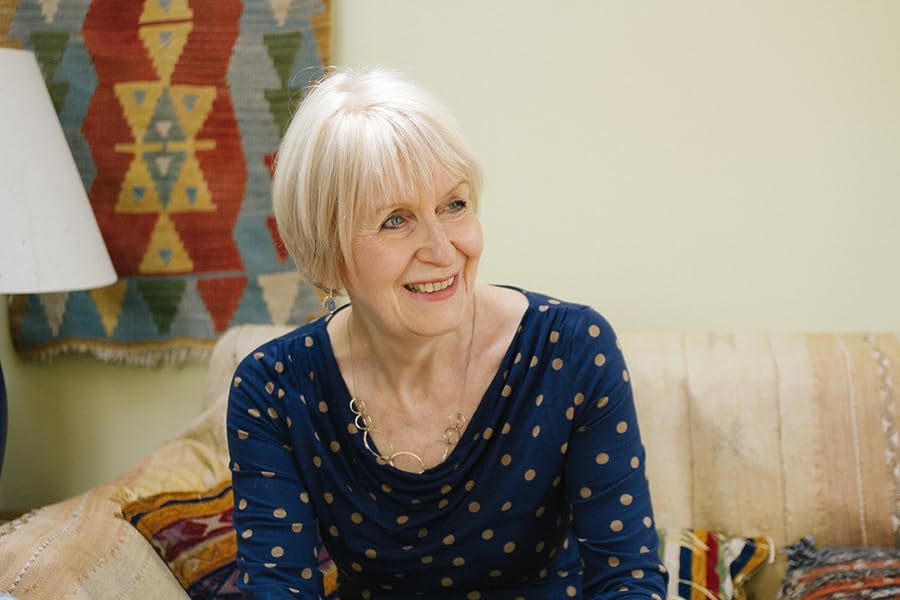 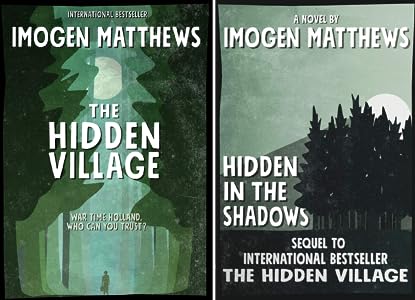 Running and Hiding from Nazis A group of Jews and other Dutch citizens develop a "safe" hiding place from the Germans in deep woods. With their discovery and a raid by the Germans, the group suffers many casualties and others scatter to the winds. A young couple (one a Jew, the other a Dutch patriot) are separated during the confusion of escape. Each feels responsible for the separation and while the young Jewish girl jumps around from one safe house to another, the young man tries to find her and starts working for the underground while he is at it. The deprivation of the refugees and the courage of the Dutch citizens who help them offer up some poignant moments and an interesting read. - Hank Lajoje

4.3 out of 5 stars
4.3 out of 5
142 global ratings
How are ratings calculated?
To calculate the overall star rating and percentage breakdown by star, we don’t use a simple average. Instead, our system considers things like how recent a review is and if the reviewer bought the item on Amazon. It also analyzes reviews to verify trustworthiness.
Top reviews

kawman600
5.0 out of 5 stars Excellent
Reviewed in the United States on May 19, 2020
Verified Purchase
This was as good if not better than the first book The Hidden Village, I found myself not wanting the book to end !
Read more
3 people found this helpful
Helpful
Report abuse

Andrea L.
5.0 out of 5 stars Wonderful story
Reviewed in the United States on December 1, 2020
Verified Purchase
Well written and I love that its based on a true place. I had never heard of the hidden village before. Just reading what life was like for these people makes life today seem so trivial, the minor problems we face in a free country.
Read more
One person found this helpful
Helpful
Report abuse

Cindy Bales
5.0 out of 5 stars Excellent Sequel!
Reviewed in the United States on July 18, 2020
Verified Purchase
Excellent book! In this sequel to The Hidden Village, the author continues the story of two of the main characters. When reading the book, you feel as if you are in the middle of all the action. Very well written! I would highly recommend.
Read more
One person found this helpful
Helpful
Report abuse

Luv2read
5.0 out of 5 stars Enjoyable
Reviewed in the United States on August 13, 2020
Verified Purchase
I enjoyed this sequel to The Hidden Village. Nice storytelling.
Read more
One person found this helpful
Helpful
Report abuse

Ronald W Smith Ret.Chief PCSD chief reader
5.0 out of 5 stars Just as good as the first book
Reviewed in the United States on January 15, 2020
Verified Purchase
A great read after reading her first book. You will not want to put it down for wanting to know if and when Wouter finds his woman. A Great ending would like to know what happened to Bets
Read more
3 people found this helpful
Helpful
Report abuse

Susan Roberts
TOP 1000 REVIEWERVINE VOICE
4.0 out of 5 stars Hidden in the Shadows
Reviewed in the United States on December 7, 2019
It's September, 1944, and a group of people have created a hidden village in the woods in the Netherlands. Most of the people there are Jews who are trying to stay safe from the occupying German army and others are people who need to hide. The Nazis in this area have heard about this village in the woods and have been searching for it and on this morning, they have found it. As the shooting begins, several people run into the woods. The main characters, Wouter, who has been trained to help protect the people in the village, gets scared and runs to the woods to hide by himself. As walks for miles, trying to find a safe place, he meets a lot of people who are doing the same thing. Luckily, there were a lot of people who were sympathetic to the people in hiding and helped them with food and a place to sleep despite the danger. As Wouter, travels, he meets other people who had been in the hidden village but no one knows what happened to Laura, the love of his life. They are both running scared and their paths are often very close as they search for safety and each other. Will they be able to maintain their safety and find each other before they are found?

I read a lot of historical fiction and it was apparent that they author had done considerable research to make the story (based on fact) realistic. I read this book as a stand alone but plan to read the first book, The Hidden Village to get some additional back ground on the characters.
Read more
2 people found this helpful
Helpful
Report abuse

pamarella
5.0 out of 5 stars Sequel to the Hidden Village
Reviewed in the United States on November 13, 2020
I enjoyed this book, I think even more than the first book.
This brought together the loose ends of the first book and added more depth of character and relationships. It ends both on a sad note and a happy note, making us remember not everyone has a silver lining in their life. Some people either can’t or won’t let go of their pain and difficult past. This is very real to true life. If you’ve read The Hidden Village be sure to follow up with this book. However, if you’ve not read the Hidden Village, I think this back tracks enough so that you’ll be filled in enough to only read this as a stand alone and be just fine. They go very well together and after reading the first, it was vital to read the second book.
pamarella
PRCS
Read more
One person found this helpful
Helpful
Report abuse

Jena Henry Booklover
5.0 out of 5 stars The Hiding Continues
Reviewed in the United States on December 4, 2019
Hidden in the Shadows World War II historical fiction that grabs you and pleads with you and sticks in your mind.

I highly recommend this book. I wish it were totally fiction and not based on actual history, as the story is hauntingly sad and painful. At the end of this profound book, the author writes (as many authors do) “If you have enjoyed Hidden in the Shadows, please do leave a review on the major review sites.” I am glad to leave a review, but this is not an “enjoyable” story in the sense of reading a rom com or sweet cozy mystery. Inspiring, unbelievable, a book that make you cry, a book that brings history to life- yes, it is all that.

This book is a follow-up to the bestselling book The Hidden Village. The hidden village was built purposefully by the Dutch in the Veluwe woods to hide Jews and others who need to hide from the Germans. I did not read The Hidden Village, but the author explains in her prologue that the book ends with the Germans discovering and destroying the village. Many readers wanted to know what happened to the characters that survived, and it is these characters who fled the Germans that we read about in book 2.

Laura and Wouter are two characters who ran for their lives, from the hail of bullets and pursuit of the German soldiers. They are both young, Laura is still a teenager, and they were just beginning to explore their love for each other. They are separated and spend the next year looking for each other. If Laura and Wouter had thought it was hard to live in a hidden village, life in Holland in the last year of the war is hell.

Laura is snuck from home to home, barn or shed, with little notice at all hours of the day or night. She is hungry, thirsty, cold in the harsh winter weather, and she is never able to relax or feel cared for. Wouter becomes more involved with the resistance. Death is always a present fear. The next person who passes them on the street could be a German soldier or collaborator.

Beautifully written, with many marvelous characters, this book reveals much about Holland during the war and the brave citizens who did their best. I couldn’t put it down. I am going to read the first book, The Hidden Village and I encourage readers to them both. Thanks to the author for a digital review copy. This is my honest review.
Read more
2 people found this helpful
Helpful
Report abuse
See all reviews

Anna Pitt
5.0 out of 5 stars A great read for our weird times
Reviewed in the United Kingdom on May 7, 2020
Verified Purchase
I read the Hidden Village and was so pleased that this sequel came along. I felt there were so many untold stories. So it was great to follow the stories of Laura and Wouter that bit further.
It has been really good to read this in our current situation of lock down. However hard it feels right now, just readingthis story is a stark reminder that we still have freedom in so many ways.
A perfect bank holiday read, especially for this bank holiday.
Read more
2 people found this helpful
Report abuse

Jaqui
5.0 out of 5 stars Such a gripping book couldn’t put it down
Reviewed in Canada on April 2, 2020
Verified Purchase
Author made reader identify with characters actually feeling as if reader was there. Must read The hidden village - book 1 must be read first
Read more
Report abuse
See all reviews