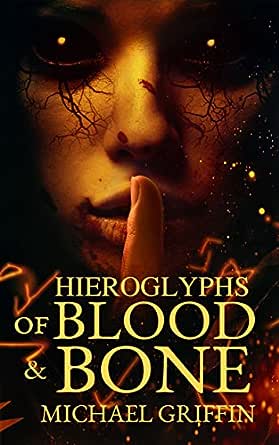 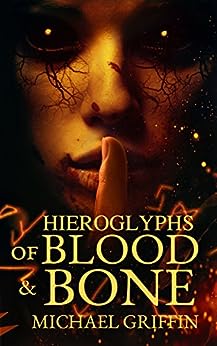 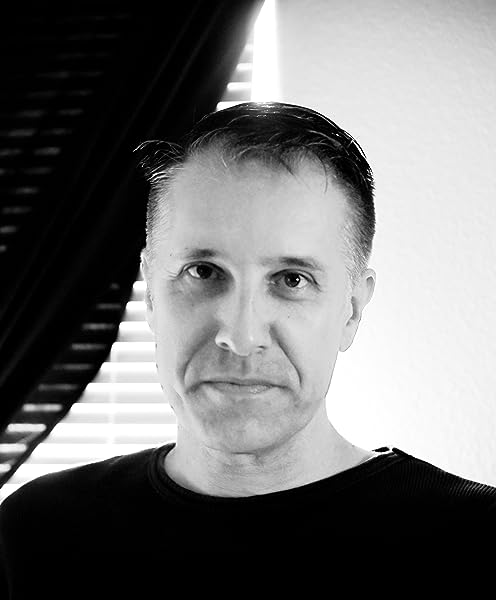 S. P. Miskowski
5.0 out of 5 stars An undertone of unreality
Reviewed in the United States on July 11, 2017
Verified Purchase
The style and the techniques Griffin employs in Hieroglyphs are a departure from his more lyrical stories. I think his novella, An Ideal Retreat, is a bridge between the beautiful (sometimes lush) language and imagery of The Lure of Devouring Light and the more tightly focused Hieroglyphs of Blood and Bone. Here the language has been pared down and there is an undertone of unreality to the action. Simple, mundane events in the protagonist's life are weighted with a kind of dread that reminded me of Class Trip by Emmanuel Carrère. There's a lot beneath the surface, no matter how much we're told about the protagonist's state of mind. Great, dark-edged atmosphere and fine use of an unreliable narrator, a man only beginning to recognize the ways in which he is broken.
Read more
4 people found this helpful
Helpful
Comment Report abuse

Amazon Customer
5.0 out of 5 stars This is not an easy read. I don’t say that in terms of ...
Reviewed in the United States on March 8, 2017
Verified Purchase
Griffin’s Hieroglyphs of Blood & Bone is a bizarre trip through the life of Guy, a recent divorcee who is in a personal freefall. His feelings towards his ex-wife are still a source of pendulum-swinging confusion, he hates his job, and his sole companionship is Karl, his younger bro-dude roommate and co-worker who is constantly trying to get him back in the metaphorical saddle. Guy has enough trouble with all of this to find a star to chart a new course by, then he meets Lily. Lily brings literal mystery back into his life, a mystery that seeps into every other vector point of it, sending Guy on a journey that brings every element of his life into question.

This is not an easy read. I don’t say that in terms of extreme horror, graphic violence, or vastly disturbing visuals. From almost the beginning of the book, Guy has experiences that cumulate in the reader wondering if they really happened at all. This is fair, because more than once Guy wonders as well. The depth to which this doubtfulness builds within the story and the varying levels to which it is resolved creates a tense apprehension in the ongoing process of Guy finding out what is actually real in his life. Griffin does a magnificent job of a crafting a story where the reader has little choice but to join in the unsureness (He almost does away with an ongoing sense of time altogether.) as the story goes to its inexorable end. Even at the end there is much unanswered, but it cannot be said that the questions asked are not beautiful, extraordinary, and weird. Not a book for people who absolutely need to have closure in their stories, but for anyone else who appreciates tales of the Modern Weird, you shouldn’t miss out on this.
Read more
4 people found this helpful
Helpful
Comment Report abuse

Lou1492
5.0 out of 5 stars Thinking Person's Horror
Reviewed in the United States on June 11, 2017
Verified Purchase
Let me start with a warning, in case you're a certain type of reader. This is not a typical "horror" story, meaning there are no monsters, serial killers, raging clowns, masked slashers, etc.. What you will find is an overwhelming sense of despair and disorientation, as a man tries to make sense of his recently collapsed marriage. Things start off seeming normal enough, but quickly reality begins to twist and bend. Mr. Griffin is an accomplished writer and his skills are on full show in this tale. I felt as if I was trapped in a dream state each time I returned to the book. This is horror for the reflective reader. It's terror ala David Lynch vs Michael Bay. Choose accordingly.
Read more
5 people found this helpful
Helpful
Comment Report abuse

Gwendolyn
5.0 out of 5 stars A Weird and Mesmerizing Journey
Reviewed in the United States on October 21, 2017
Verified Purchase
Hieroglyphs of Blood and Bone is no ordinary genre novel. The horror here is subtle, though perhaps of the most profound variety: the terror of losing one's self. After his divorce, Guy is utterly unmoored. He’s relegated to the spare room of his bro coworker’s houseboat, with virtually no possessions of his own (the running tally of his meager book collection is an appropriately dreary detail). It’s a depressing coda to his life as he’s known it so far.

A day of fishing in the Northwestern woods becomes the catalyst for Guy’s descent into a world that’s far beyond his humdrum existence. The elements of witchcraft here---if calling it witchcraft at all is a fair description; the specifics of the magic system are left open-ended---are dealt with in such a wholly original and enthralling way. There's an undeniable air of foreboding that swirls around the magic of the novel, but there's a sensuality too, one that draws Guy closer both in spite of himself and precisely because it's what he most desires: an escape from the mundane, from the past, from everything that shackles him to his own unhappiness. Here, the forest operates both as savior and destroyer, like a kind of bizarre post-modern fairy tale. Lost in spirit and body, Guy repeatedly wanders into the unknown of the woods, but in lieu of a traditional witch in the vein of Baba Yaga, he discovers Lily, enchanting and wild and absolutely not at all what he's expecting.

And let's talk about Lily for a moment. She's not on the page as much as she could be (I could read a whole book series about her and the contents of the strange leather-bound tomes she creates). But even with her relatively small role, her presence brims at the edges of virtually every scene, as she keeps a strange yet watchful eye over things. At once a seer and a remote manipulator and a direct player in her own right, her character could have easily been one-dimensional and disposable, but instead, she becomes the most powerful and fascinating force of the book. As their relationship develops, the push and pull between Lily and Guy is at points playful and sweet, and at other times deeply frightening (blood and bone are in the title for a reason). It’s a fascinating dynamic, and one that lives at the heart of this very dark journey.

From beginning to end, Hieroglyphs of Blood and Bone maintains a constant sense of unreality, as Guy struggles to differentiate between what’s true and what’s fantasy. Before it’s over, he loses all sense of time, and eventually loses all sense of place as well. There are no neat, easy answers here, and for a work of weird fiction as intricate and unique as this one, that's exactly how it should be. A mesmerizing novel to be sure, and undoubtedly a herald of great works to come.
Read more
3 people found this helpful
Helpful
Comment Report abuse

Bill
5.0 out of 5 stars Highly recommended!
Reviewed in the United States on April 14, 2017
Verified Purchase
I loved this. It's an odd book, and definitely not in the view of conventional horror - more quiet, contemplative Cosmic Horror. This book really sucked me in, I could feel myself in the place of the protagonist, his confusion and bewilderment, and the feeling of displaced time and not knowing what is real and what isn't. It's a dark book, far darker than many other action oriented horror novels, and one that will stick with you for a while.
Read more
2 people found this helpful
Helpful
Comment Report abuse

Jake Marley
5.0 out of 5 stars Deeply, Darkly Wonderful
Reviewed in the United States on March 21, 2017
Verified Purchase
Michael Griffin is one of today's most exciting writers of Weird and Horror fiction, and with Hieroglyphs of Blood and Bone he's in full swing. Lyrical language, heartfelt and fully-realized characters, and an impeccable sense of dread combine to make this dark and powerful story come to life.