Add to Cart
$13.95
& FREE Shipping on eligible orders. Details
Sold by: Amazon.com
Have one to sell?
Sell on Amazon 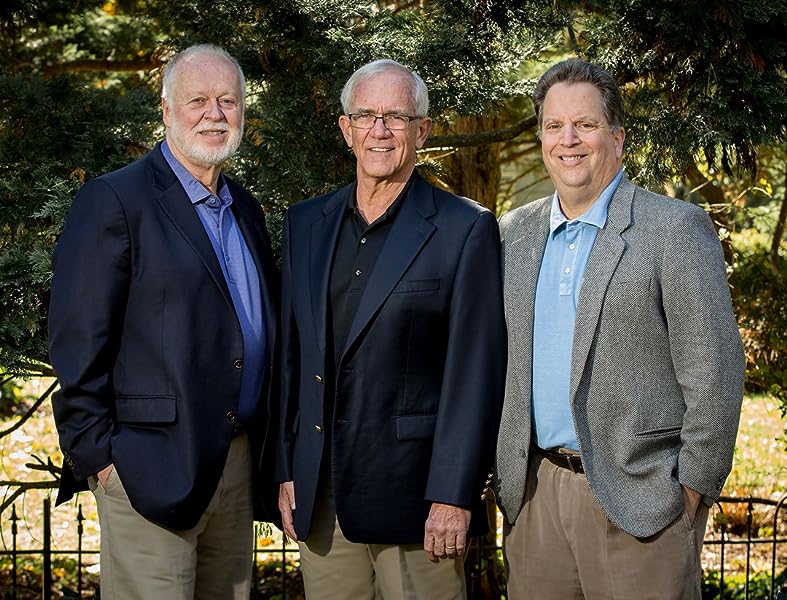 Winner of the IPPY Bronze Medal for Best New Writing/Fiction.

Start reading High Hand on your Kindle in under a minute.

4.5 out of 5 stars
4.5 out of 5
88 global ratings
How are ratings calculated?
To calculate the overall star rating and percentage breakdown by star, we don’t use a simple average. Instead, our system considers things like how recent a review is and if the reviewer bought the item on Amazon. It also analyzes reviews to verify trustworthiness.
Top reviews

Nyssa
5.0 out of 5 stars Big Oil, Spies, and Poker Games
Reviewed in the United States on September 6, 2017
Verified Purchase
Frank Adams is the top reporter for a major Los Angeles newspaper. As such, he's been assigned to cover the campaign of presidential hopeful Stuart Roberts, currently a US Senator and former ambassador to Russia. While covering a routine campaign appearance in LA, an explosion occurs which sends Roberts and a number of bystanders to the hospital. Was it an assassination attempt, a terrorist strike, or an accident? A telephone call from a Russian journalist to Adams hints at something else, possibly involving Russia or possibly even a false flag attack aimed at putting the blame on Russia. In search of the truth and a possibly big story, Adams heads to Moscow.

The main characters include a newspaper reporter, Adams, who had been assigned to cover Russia in Moscow soon after the breakup of the Soviet Union whose then-wife Lisa was a CIA undercover agent operating with non-official cover status. Other important characters include Lisa's father who publishes the LA paper Adams still works for, and a group of men and women who were part of a regular poker night at Adams's Moscow apartment back in his foreign correspondent days.

Sound like a normal spy thriller? Nope, it's more of a political thriller with a mystery on the side. Each of those poker players were parts of embassy staffs, journalists, or affiliated with Moscow universities as students or professors. Just about all of them had ties with various countries' covert agencies including sometimes conflicting ones. Double agents? Triple agents? Years later each of those poker players are the target of murder and assassination, including the former ambassador to Russia, now a presidential candidate.

There are lots of high tech gadgets, conspiracies, financial wheeling and dealing, and trading of secrets. And of course, murders of those old poker buddies one after another.

What's unusual is that the author of this book is really three men who each have an area of interest and expertise that fitted into the plot of the book. A lot of effort was put into it to be believable especially the financial points about oil exploration and reserves in the Caspian Sea area and many details about Moscow. The effort pays off in a highly entertaining thriller.

Kae Bender - Editor and Writer
4.0 out of 5 stars Well-paced, well-edited, well-plotted
Reviewed in the United States on October 6, 2016
Verified Purchase
There's an underlying point to High Hand that could make its fiction greater than just a good story, but somehow it ends more like a bluff that gets called rather than the big winner I was hoping for.

Perhaps fuzziness of focus keeps High Hand from being a truly compelling read. With too many secret lives, ties, and lies, the simmering gotcha escapes satisfying comeuppance. The multifarious connections of the poker group get labels and hints for the past but only an indistinct ongoing nexus. Like Qin Sun getting a call but fading purposelessly away, there are too many missed details. We want to know more about the basis for Frank and Lisa's bond because it lacks trustworthy depth. The subterfuge between the two reporters seems so unnaturally contrived that it requires repeated explanation. And we're left without explanation of the ultimately unacceptable perfidy Stuart has been hiding.

Nonetheless, the story holds together and flows logically. There were only two minor typos, and the editing was good. It's readable; its story entertains; and most of all: it deserves and extra ½ ☆ because it's worth some thought.
Read more
2 people found this helpful
Helpful
Comment Report abuse

Donald Elisburg
5.0 out of 5 stars Compelling 21st Century Spy Thriller
Reviewed in the United States on April 16, 2016
Verified Purchase
High Hand is a very fast moving and complex spy thriller. It takes place in locales that are currently in the news with real time political feel. The spy craft is very believable and the writing is meticulous in its description of places and surroundings. The scientific discussion of the "McGuffin" [Alfred Hitchcock] is most logical and believable. These authors definitely got it right. In short, it is a very good read.
Read more
4 people found this helpful
Helpful
Comment Report abuse

Simeon
3.0 out of 5 stars Disjointed, often incoherent but well researched
Reviewed in the United States on October 22, 2016
Verified Purchase
This book is written by three people--you can tell. Coherence and flow are lacking, and the writing is disjointed. I'm still not sure what exactly happened as there were so many twists, convolutions, and unspecified motives. And why the F-bombs? I guess the writers think that's just the way top-of-the rung politicos, businessmen, scientists, etc. talk. Or, maybe the editors think it sells more books. The book is well-researched and I found the geographic and political detail interesting. That's why this gets a three rather than a two.
Read more
2 people found this helpful
Helpful
Comment Report abuse

Carolann Nelsen
5.0 out of 5 stars Intrique at its best
Reviewed in the United States on April 19, 2017
Verified Purchase
Complicated plot...interesting characters mixed in with dirty politics. Rich looking to be more powerful and expecting to achive power no matter what! Sounds like a politician we have right now !,
Read more
2 people found this helpful
Helpful
Comment Report abuse

Action Reader 1129
5.0 out of 5 stars Great story!
Reviewed in the United States on July 3, 2018
Verified Purchase
I admit to having to take some notes to keep characters and sub plots straight, but it ended up being a fast read -difficult to put down. Readers will enjoy, but start reading this book when you have plenty of time. It will be hard to stop reading once you get into it.
Read more
Helpful
Comment Report abuse
See all reviews

Jens Marquardt
5.0 out of 5 stars Great book
Reviewed in Germany on April 1, 2017
Verified Purchase
I really enjoyed High Hand, could not stop reading. The authors did a great job. I hope there will be more.
Read more
Report abuse
See all reviews