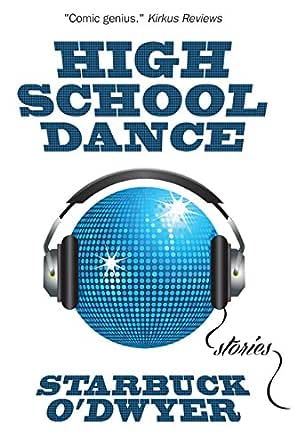 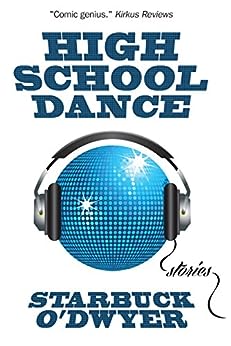 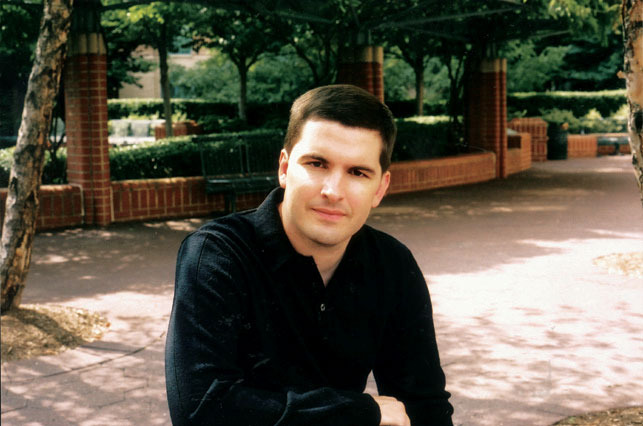 Starbuck O'Dwyer, a native of Rochester, New York and a graduate of Princeton, Oxford and Cornell, writes novels, essays, short stories, screenplays and music under his given middle name. His critically-acclaimed novel, Red Meat Cures Cancer (Random House/Vintage Books), won two national writing awards for humor and was a featured selection of the 2007 One Book One Vancouver reading program. His writing, which has been described as "comic genius" by Kirkus Reviews, has been published in forums as diverse as Entertainment Weekly, Flaunt, Toro, Japanophile, the Journal News, PW Daily and the Boston Globe, and he has appeared on over 350 radio and television programs including guest spots on ESPN, WGN, NBC, ABC, CBS, Fox, Voice of America and NPR. His collection of stories, How To Raise A Good Kid, was a finalist in the 2012 Indie Reader Discovery Awards (parenting) and a finalist in the 2011 Book of the Year Awards (both essay and humor categories) sponsored by ForeWord Reviews. Similarly, his novel, Goliath Gets Up, was also a finalist in the 2012 Indie Reader Discovery Awards in the humor category and has been translated into Chinese. Songs that O'Dwyer has composed have been licensed by both the Telemundo and Country Music Television networks and featured in several of their shows.

Ron K
4.0 out of 5 stars Nostalgic Family Remembrances
Reviewed in the United States on October 9, 2016
Verified Purchase
Starbuck O’Dwyer had a mission in writing High School Dance. In his preface, he writes that he had made, in list form, things he wanted his son to know. He wanted to share life experiences so that the younger one might not make the same mistakes. Good luck with that. Later, after looking at his list, he thought he could flesh out the list a bit and turn each of his thinking points into stories. Here is the result. Twelve chapters of reflection on surviving from grade seven through senior high school.

There are chapters on the music of the time, starting with Pink Floyd. There is more than one chapter on competitiveness, winning, and losing. Most of them revolve around tennis. There are tales of heartbreak, puppy love, crushes, and immense romantic disappointment. Refreshingly, there are no tales of initial sexual conquests. That is sort of logical if we remember he is writing a book for a son to read. Attempts at a first kiss don’t count. There is a tale of an unusual after prom party. And one about trust. That chapter is about a parent’s trust of a child. But the theme of parent-child trust runs throughout all chapters.

There are sample chapters of How to Raise a Good Kid at the end of this publication. Two chapters The Value of Fathers and Love and Marriage impressed me more than the novel they are attached to. Which means I have something else to purchase and add to the TBR list. Love and Marriage is especially poignant and could possibly bring tears to the eyes of many readers. I guess that is a warning.

There is a lot of understated humor throughout. No violence (except for throwing some tennis rackets). No vulgarity (maybe a few hints at words with things like %&*@ inserted). No sex (except the first kiss). No excessive obeisance to the PC police.

It was a refreshing read, something my son can read, and I liked it.

glen wyand
5.0 out of 5 stars I liked this one more than the first one (How To ...
Reviewed in the United States on October 26, 2016
Verified Purchase
I liked this one more than the first one (How To Raise a Good Kid). And I very much liked the first one. I guess the preference for me has mostly to do with the age range of the kids involved, and therefore the types of circumstances they find themselves in, as opposed to a criticism of the first book in some way. Starbuck possesses, and artfully uses, all of the techniques and writing skills available to keep a reader's interest throughout each story. There's no "down time" while he's getting to the next best part. It's all the next best part. And for me his real strength as a writer is his very witty sarcasm, comparisons and analogies, like aznachko's above review mentions. Vey funny, clever stuff. The book keeps delivery them one after another. It's great. You can't help but be amused at the way he describes things, and the comparisons he makes.
And he really captures that era. I also grew up during those times and, coincidentally, in that City, so I remember certain, specific locations and events that he writes about. That made it particularly fun for me.
Well done. Bravo. Looking forward to his next book.
Read more
Helpful
Comment Report abuse

Amazon Customer
5.0 out of 5 stars Enjoyable testament to Gen X.
Reviewed in the United States on April 6, 2017
Verified Purchase
As someone who has often struggled relating and communicating to my millennial employees, I decided on a new approach by purchasing several of O'Dwyer's High School Dance and handing them out. I knew they enjoyed the book as the questions never ended. People of our generation might as well have sailed over on the Mayflower. "Wait, you actually had to talk to somebody to ask them out?!" The book provided an entertaining understanding of the concepts, feelings and philosophies that make up generation gap.
For myself, I grew up under similar circumstances as O'Dwyer and with a few details changed, it could have been about me. The reminiscing of past crushes, girls and music, brought continuous smiles and unexpected bursts of laughter. Regardless of personal tastes, the feelings and emotions were the same. O'Dwyer has captured the ethos of what it was like to grow up in the late 70's and early 80's.
Read more
Helpful
Comment Report abuse

GenerationGap415
5.0 out of 5 stars Funny, heartfelt collection of personal reflections junior high and high school—another gem from Starbuck O'Dwyer!
Reviewed in the United States on May 2, 2016
Verified Purchase
Starbuck O’Dwyer has once again assembled a series of funny, heart-warming, personal vignettes, with his trademark breezy style that’s easy to read and even easier to enjoy. Building on the stories from his elementary school days years recounted in How to Raise a Good Kid, he deftly uses wit, pop culture references, and honest reflection to recall the unforgettable next stage in one’s life in High School Dance. As always, he draws vivid characters—family, friends and his younger self—treating them with dignity, even when gently skewering them for comedic effect. You laugh out loud, and you root for him to win the tennis match, get the girl, and get out of difficult (yet often hilarious) situations. In vicariously joining him on his recollections of father-son outings, first kisses, road trips and more, I was transported back to my own junior high and high school days, smiling the whole way through. It’s a fast read and a satisfying one. I can’t wait to see how he treats his college days, which he teases could be his next writing endeavor…
Read more
Helpful
Comment Report abuse

William J Curtin
5.0 out of 5 stars This refreshing read had me, at once, laughing ...
Reviewed in the United States on April 8, 2017
Verified Purchase
This refreshing read had me, at once, laughing aloud and reassured that my childhood wasn't the only one full of awkward missteps and massive imperfections! Starbuck O'Dwyer finds just the right way to bring to front of mind all the reasons why we believe our posterity will be improvements on the breed, even if we at the same time recognize that we can't prevent their stumbles any more than our parents could have prevented ours! You really won't want to put this one down. It's a rejuvenating page-turner that lifts the spirits.
Read more
Helpful
Comment Report abuse

aznachko
5.0 out of 5 stars Clever, funny, & heart-warming!
Reviewed in the United States on April 27, 2016
Verified Purchase
These stories really cracked me up, with lines like- "My game was comprised exclusively of two kinds of shots: forced errors and unforced errors." Or "Third degree burns were not going to stop us from experiencing the life we'd been missing so out into the night we went, two pieces of fried chicken in search of some sweet potatoes." Great read- packed full of fun!
Read more
Helpful
Comment Report abuse