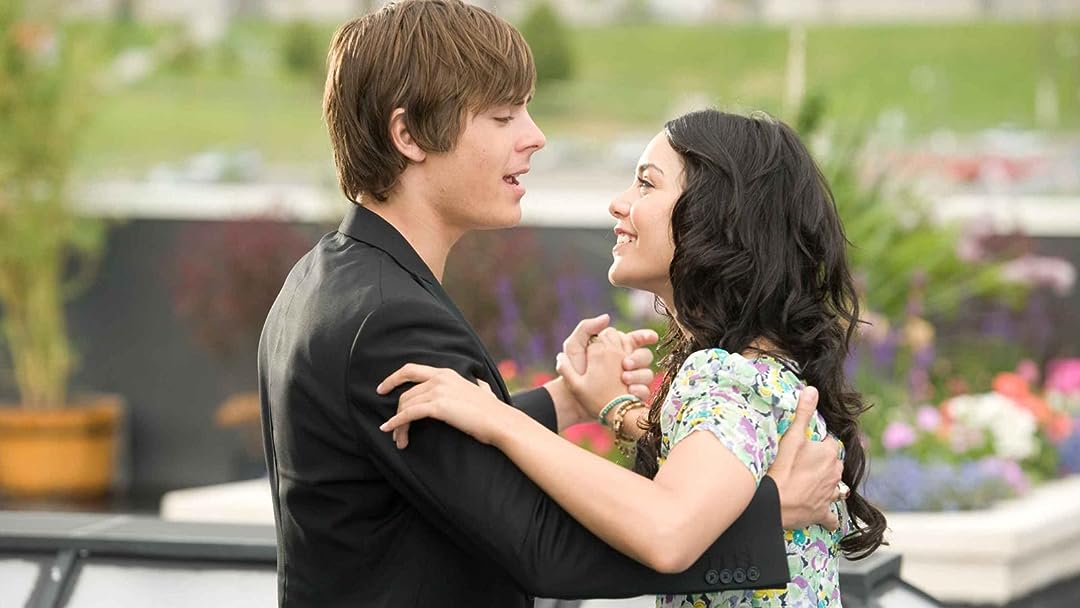 Simply SophiaReviewed in the United States on June 5, 2018
5.0 out of 5 stars
Completes the collection!
Verified purchase
Got this for my daughter as an end of school year gift with a bunch of her favorite movies...she squealed so loud, the whole neighborhood heard her!! Now she plans to spend her summer re-watching them all after work....what a life:-) They arrived right on time for the end of the school year, and mostly in one box, so it really was like Christmas in May! Thank you-)
5 people found this helpful

Michael & Cath SecourReviewed in the United States on March 24, 2009
4.0 out of 5 stars
Superb Blu-ray of a good film
Verified purchase
The High School Musical series of films is one of those magnificent rarities that has polarized a large segment of society. Many people love it ... and many people hate it. This third installment clearly has the best production values and is very entertaining. For my money it is the best of the three. The choreography in particular is excellent. The songs are fun and reasonably well performed. I'm giving this a 4 out of 5 because this is a product review and the Blu-ray video is stunning and the sound is excellent. The inclusion of a standard DVD to accompany the Blu-ray is a nice touch for families. Kids can play the regular DVD to death. If the film itself were a timeless classic I would give it a 5. It is still a good film. If you like wholesome, innocent fun with a first-rate presentation, you will enjoy this.
3 people found this helpful

LoweReviewed in the United States on March 2, 2009
5.0 out of 5 stars
Awesome movie
Verified purchase
When I first saw HSM 2, I was hooked. As a dad with a three year old son and twin girls, they all love the musical performance it brings. I used to have a season pass for the entire family to Disneyland for the past three years and within the California Theme Park, they did have a parade for the HSM 2. My son loved it so much which we decided to get the Blu Ray version of the part 2. Fast forward two years later, HSM3 did not dissapoint at all. In fact, it raises the bar. It has more musical performance and the message of being a senior in high school does send a very good message and it brings back memories. It is a definite buy for me and it is worth every penny. I just ordered thru Amazon the Blu Ray edition of the first HSM Remix in which I have not seen at all. With this, my collection of all HSM movies will be complete.

Angela M. LopezReviewed in the United States on July 27, 2011
5.0 out of 5 stars
HSM 3 - Fun and Frolic!
Verified purchase
The HSM series is kind of young, but always an upbeat way to raise your mood. HSM 3 is the most mature of the 3 movies and brings to a close a great, sweet story that grew up before our eyes, and is forever in our memory about first love and the innocence that fades as we get older. It reminds the older viewer of days of glory and revisits the memories of past joys of the end of childhood, at the threshhold of adulthood. The extended version of HSM 3 gives you interviews and insights into the cast and how close they became over the course of the three movies, and even make you shed a tear at their final scene shooting, taking in all of their tears and hugs. Great finish to a great series, and a fine video.
7 people found this helpful

BriannaReviewed in the United States on November 29, 2020
4.0 out of 5 stars
Amazing, duh
Verified purchase
Great movie. Great songs. Especially great moves. Of course I'm a little bias because it was apart of my childhood, but watching it over in my late teens, its still amazing! Plus, I love the conspiracies that came about from the series, like how Chad and Ryan may be a couple bc in the 2nd movie, after the baseball game, they LITERALLY SWITCHED CLOTHES, lol.

LyssaLaaneReviewed in the United States on January 21, 2016
5.0 out of 5 stars
We're All in This Together
Verified purchase
This movie still holds a very important spot in my heart and since yesterday was the 10 year anniversary I wanted to watch all the movies back too back. This movie is always the saddest of them because of all the nods in the movie that this was the last one and the final number "High School Musical" is always emotional for me.

I was 11-12 when the first movie came out and after that I was hooked I watched every movie or show the main cast was in and was suck into my first fandom. I've been following Vanessa's career since this first movie and it's been emotional rewatching this remembering where I was when each movie came out and the nostalgia feeling attached to these movies.

These movies are so much about self discovery and learning to be honest and true to yourself no matter what others think. In these movies the theme was always Troy and what his Dad or friends would think. Gabriella being his rock and always being honest with him helps him grow into the person he became in the final movie. I always found this last one really emotional and honest because it's about what happens after High School and Gabriella going to a college that would be far away from Troy. High School couples go through that all the time and it shows the real struggle he faces without having her right with him whenever. Also, shows that Troy after all the years of loving basketball and now music he has no clue what he wants to do with his life after high school.

This one felt the most real in terms of the issues and I'm glad to say I was there from the beginning. Once a Wildcat always a Wildcat!

Charles ConsaulReviewed in the United States on July 1, 2009
1.0 out of 5 stars
Languishing in Sequal Purgatory
Verified purchase
I really enjoyed and appreciated the first High School Musical. It had a vital message for young people, not highly original, but possibly stated in such a way that it would reach a few individuals that wouldn't necessarily pay attention to anything else. Right now, there is a student who is breaking the mold and surpassing their expectations because they learned that they could from the Disney Channel! The sequel left most of that out, and the third installment looks more like something a Government agency would come up with. The original cast have become caricatures of themselves and so many elements of the storyline have been reworked from the first two movies that it eventually becomes a chore just to sit through it. This film fulfilled all of my expectations, but not in a good way. I was sincerely hoping that they would have poured a little bit of that high budget movie money into the script, but it was my perception that nobody even went back to watch the original film. Sure, the first movie was posturing and silly, but in the end it meant something. This film just means that there is no concept so insignificant that a movie studio can't throw money at it in the hopes of making more. Lesson Learned.
6 people found this helpful

dlmizelleReviewed in the United States on April 13, 2009
5.0 out of 5 stars
Hooray for the return of the musical!
Verified purchase
I know many adults and older teens who curl their lip and snarl when anyone mentions any of the HSM movies, but does anyone remember West Side Story, Grease, Oliver, or even Oklahoma? Yes, it's fake for the characters to break into song in the middle of the cafeteria, but it's a MUSICAL--that's what is supposed to happen! The story is a little sappy--but tell me how realistic Grease was? I applaud the return of the musical to the screen; I think the younger generations have been missing out on an important music genre!!
See all reviews
Back to top
Get to Know Us
Make Money with Us
Amazon Payment Products
Let Us Help You
EnglishChoose a language for shopping. United StatesChoose a country/region for shopping.
© 1996-2022, Amazon.com, Inc. or its affiliates