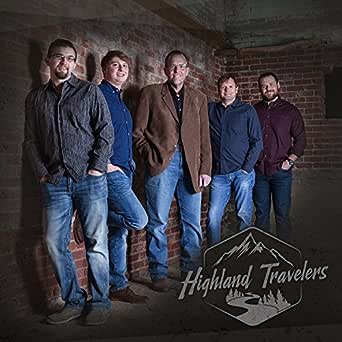 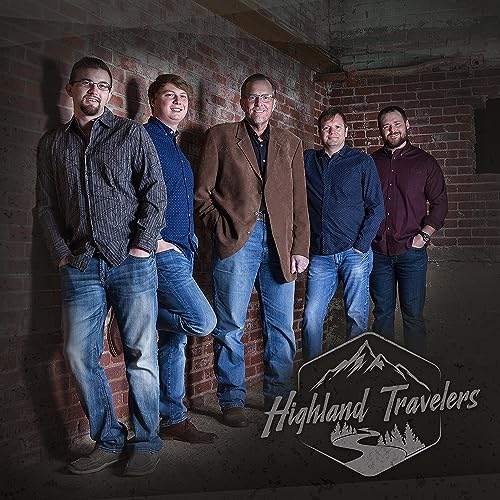 5.0 out of 5 stars
5 out of 5
8 customer ratings
How does Amazon calculate star ratings?
Amazon calculates a product’s star ratings based on a machine learned model instead of a raw data average. The model takes into account factors including the age of a rating, whether the ratings are from verified purchasers, and factors that establish reviewer trustworthiness.

Bubba
5.0 out of 5 stars Seasoned pros make Highland Travelers an excellent new album
Reviewed in the United States on December 29, 2019
Verified Purchase
What a band! Comprised of former members of bluegrass groups The Boxcars, Alan Bibey & Grasstowne, Junior Sisk & Rambler's Choice, Blue Moon Rising, the Darrell Webb Band and others, Highland Travelers has a uniquely fresh and slightly different take on what might be considered 'classic' bluegrass that hopefully will be with us for some time to come. Their self-titled first album, HIGHLAND TRAVELERS, showcases the extraordinary talents of this coalition of experienced songwriters, singers and musicians beautifully, and made of me an instant and very enthusiastic fan.

On Mandolin is former founding member of The Boxcars, IBMA award-winner Adam Steffey. Steffey, in addition to his incredible proficiency with the mandolin, also is an accomplished songwriter, lead singer and harmony vocalist, evident to anyone familiar with any or all of the 4 albums done with The Boxcars, as well as the 4 albums released later under his own name, which resulted in multiple IBMA nominations and wins.

On Guitar, another experienced and popular performer is guitarist and singer/songwriter Keith Garrett. Garrett, along with Steffey, also was a founding member of The Boxcars, and before that, the fine bluegrass band from Tennessee, Blue Moon Rising, where his talent as guitarist, songsmith and lead vocalist led to nomination for the 2006 IBMA Emerging Artist of the Year award (and which he ultimately won, some years later).

On Dobro, yet another former alumnus of The Boxcars is Gary Hultman. Gary has performed professionally since the age of 10, and before joining The Boxcars, could be found on-stage with such bluegrass icons as Doyle Lawson, Ricky Skaggs and others.

On Banjo, another skilled and seasoned bluegrass professional is Jason Davis, a former member of Grasstowne, Junior Sisk and Ramblers Choice, and associations and honors with other fine bands and performers as well. Davis isn't credited as a vocalist on the Highland Travelers website (highlandtravelers.com), so it appears his proficiency with the banjo may be his 'only' contribution to the new band. :-) In addition to his many professional bluegrass accomplishments, he also has other interests and job titles.

Finally, on bass and vocals is Kameron Keller. Keller too has been a professional performer for some time, and like Davis, also is a former member of Alan Bibey & Grasstowne (more great bluegrass), as well as the Junior Sisk and Ramblers Choice bands. Prior to joining up with the other founding members of Highland Travelers, Kameron also was a member of the excellent Darrell Webb Band, and has other honors and accolades associated with his career as a musician, although like others in the band, he still appears to be holding down a professional 'day job,' presumably JIC, although, in my opinion, he may not need it for long.

As you may have noticed, Highland Travelers doesn't stick with the 'classic' bluegrass band formula, where some or all of the 5 musicians playing the Guitar, Banjo, Violin, Mandolin and Bass also sing. I am somewhat embarrassed to admit that I initially failed to notice a 'missing' fiddler, which continued until I began doing research prior to penning this review. Without a violin, the music these five gentlemen produce still is solid and outstanding bluegrass, with a rich and full sound from both a combination of these 5 instruments together, as well as the usual individual instrumental solos and trade-offs from each musician. Also, since nearly all of the songs on the album feature beautiful bluegrass singing (the final tune on the album is a rollicking instrumental), unless one is listening specifically for the sound of a violin, the extraordinary sound of the featured instruments, coupled with the top-notch singing , makes it easy to enjoy the sound as is, with no evidence at all of anything missing. Additionally, the music is a bit more interesting as different members of the band assume the duties of lead vocalist on different songs, which almost certainly includes Adam and Keith, since both are earlier award-winning songsmiths and lead singers, in addition to their proficiency with the mandolin and guitar, respectively. Having already listened to Highland Travelers several times through, I was actually somewhat embarrassed to discover I'd completely missed the fact the band doesn't have a dedicated violinist/fiddler, an ignorance I maintained until I began researching the individual members and the band's makeup. I certainly hadn't heard anything missing from these very enjoyable tunes. I found all of the music to be whole and complete without a violin, but, for those who adore a well-played bluegrass fiddle, I feel pretty certain that obtaining the services of the best session and/or guest fiddlers would be very easy to arrange in the future, should the band decide to include the instrument on later releases.

I quite like the music the Highland Travelers have created on their first outing, as would, I believe, a majority of other fans of bluegrass music; possibly with the exception of the most ardent lovers of bluegrass fiddle. Even then, as I too happen to be a big fan of the violin in classical, rock, blues, jazz and especially bluegrass music, it was easy for me to completely overlook its 'absence' here, until I actually read about it not being there. While the sound of a well-played bluegrass violin may, or may not, appear on future releases, it's not here now, and I didn't need it to completely lose myself in this excellent music. Give HIGHLAND TRAVELERS a listen, and hopefully, you'll feel much the same.

Jamie
5.0 out of 5 stars This is a fantastic album
Reviewed in the United States on June 15, 2018
Verified Purchase
This is a fantastic album. I never heard of this band, but once I realized who the members are and that the band is new, I listened to the samples and bought it. I like everything: the songs, the arrangements, the musicianship, the vocals.
Read more
Helpful
Comment Report abuse

rb6banjo
5.0 out of 5 stars Great Recording
Reviewed in the United States on August 29, 2018
Verified Purchase
I like the Highland Travelers. I was a huge fan of the Boxcars so I love the vocals on this project. Great musicians, great vocals. Great straight ahead bluegrass. Can't wait to see what the "Travelers" have in store for us down the road.
Read more
Helpful
Comment Report abuse

piratemom
5.0 out of 5 stars A solid album!
Reviewed in the United States on October 3, 2018
A solid album. I’ve listened to the whole thing through at least 20 times. Great listening from a really great band.
Read more
Helpful
Comment Report abuse
See all reviews from the United States