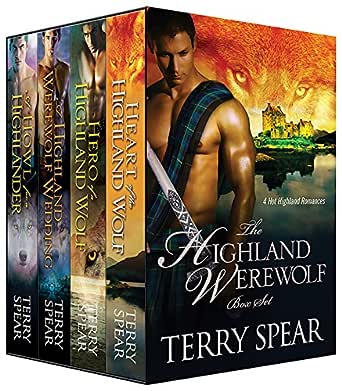 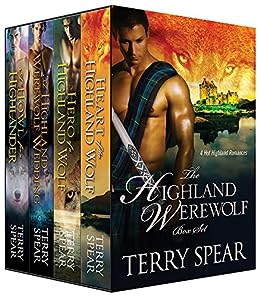 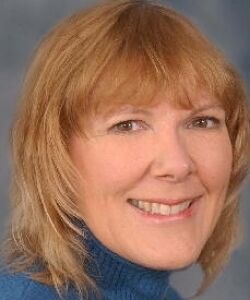 4.5 out of 5 stars
4.5 out of 5
67 global ratings
How are ratings calculated?
To calculate the overall star rating and percentage breakdown by star, we don’t use a simple average. Instead, our system considers things like how recent a review is and if the reviewer bought the item on Amazon. It also analyzes reviews to verify trustworthiness.
Top reviews

NavyWave62
TOP 1000 REVIEWER
4.0 out of 5 stars ENGAGING COUPLES
Reviewed in the United States on May 23, 2018
Verified Purchase
1. HEART OF A HIGHLAND WOLF

I own many books by this author and this took me awhile to get into it. I stuck with it because she knows how to write and I am so glad I did.

I am not a fan of ghosts stories, but the ghost (minor part of story) was an added addition that brought a smile to my face.

We have villains and a very unique story line that surprised me in a very good way.

We do get HEA, no cliffhanger and no cheating. I am not going into the premise, as many have explained it, just what you may discover reading this story.

2. A HOWL FOR A HIGHLANDER

I enjoy that this bundle features all 3 of the 4 brother's. This is about the youngest of the quadruplets and he is a strong alpha. The h was the perfect match for him.

There is suspense, twists that surprised me, but also had a lot of filler that I felt was unnecessary. There is a lot of lovemaking, no cheating by our couple, we do get HEA and visits by some of the brother's we met in book 1, but can be a stand alone.

After reading book 1 and went to book 2 I must admit I was confused by last names of 2 villains. The villain in book 1 was Sutherland and in this one it was Silverman. I'll chalk it up to my old age but why do author's give similar names when you have so many to make up? I realize you are probably saying to yourself, they are not the same, but when you have a few hours from one book to another it was confusing to this old lady - lol.

There is a suicide scene, so be warned.

Oh how I loved this couple and how they met and their banter from start to finish.

This had more suspense, twists and intrigue for me and made the story move faster and I hated to see it end.

There is passionate lovemaking, but not vulgar. We do get HEA, no cliffhanger and no cheating - yea.

4. HERO OF A HIGHLAND WOLF

Another engaging couple and I loved the banter in this one too.

I assumed this story would be about the 4th brother, but it isn't. It is about Ian's best friend Grant.

Our h is strong and confident and our H thinks she is just like her father and treats her as such, which caused a lot of humor.

We have a villain of course, some suspense, HEA, no cliffhanger nor cheating.

Book 5 is a Christmas one and is about the 4th brother. (ljb)

Leslie A. Miller
5.0 out of 5 stars Sexy, hot series!
Reviewed in the United States on November 29, 2014
Verified Purchase
Heart of the Highland
I loved this book. I purchased this as part of a series and was captivated from the beginning. Julia is a writer doing research for her next book. Ian is a Scottish laird who is intent on keeping his clan from prying eyes. Only problem, due to a bad investment where the clans money has been stolen, he is forced to open his castle to a film company in order to make money. Normally that would not cause a problem, except for the fact that his clan are wolves. Add to the tension, so is Julia and she has more to hide. Wolves mate for life and Ian has found his mate, the only problem is neither of them are willing to admit to it. Great sexual tension, wonderful story that shows promises of sequels, intrigue, surprises, healthy highlanders yielding swords, wonderful romps in and out of the bedroom, who wouldn't get hooked? Look forward to the next in the series!

A Howl for a Highlander
The next in the series, Duncan must travel to the Cayman Islands to find the thief who stole the clans fortune. He is a warrior with one mission in mind, get the money, kill the thief and return home. He has no time for the trappings of the tropical island or the half naked women, until he runs into a she-wolf. Shelley was supposed to be vacationing with her boyfriend, but after finding him with another woman she takes the trip alone, set on unleashing her inner self. However once the two meet, chemistry ignites. Put the two together in the same villa and there is sure to be an explosion. Great story, wonderful twists, hot steamy sex and the return of the characters we loved so well from the first story.

A Highland Werewolf Wedding
The series just keeps getting better! When Elaine comes to Scottland to meet her distant cousin, she has no way of knowing the intrigue she will be involved in. When Cearnach is run off the road by the American beauty, he has no way of knowing the trouble she will bring. Two wolves, each drawn to the other, their mating sense on hyperdrive but their stubborn nature fights back. As with the first two books, all the characters we loved so much return, old enemies are brought out again and the ground work for future stories laced within. What I love best about this series is that it takes the reader into another world, where reality blends with fantasy. Ms. Spear wants to make you jump on a plane and find your own Highland Warrior of your own. Great read!

Hero of a Highland Wolf
Ms. Spear takes a side road with this edition to the series, introducing us to Grant MacQuarrie, his brothers and their clan. Again the characters from the first three books appear as do the villians but this is the story about the MacQuarrie clan, how they have been the grounds keepers to the Playfair castle for generations. Enter Colleen Playfair, American and new owner. The condition of the will is that she must live at the castle for the next year to retain ownership. Colleen has no intention of rocking the boat, she just wants to ensure her investment is being managed properly. Having already dealt with her father, who did everything he could to disrupt the management of the estate, Grant is in no mood to deal with the spoiled American. What Colleen doesn't know is that Grant and his clansman are lupus garou, wolves, just like herself. What Grant doesn't know is that Colleen is not her father's daughter and worse, she is friends with Julia Wildthorn, Ian MacNeils mate and wife. Grant’s plan, frighten the poor lass away, Julia's plan, remain and show who is really the boss. Only problem, they are destined to be each others mates. Great read, twists, swordplay, sexual tension and wonderful characters.
Read more
One person found this helpful
Helpful
Comment Report abuse

F Stewart
2.0 out of 5 stars Many small issues made the book unreadable
Reviewed in the United States on December 7, 2014
Verified Purchase
I couldn't even finish the first book in this series. I kept giving it one more try, but the characters were just too annoying. The h didn't seem too concerned that someone may be trying to kill her. She also kept forgetting that the H was a werewolf with exceptional eyesight and hearing. (17 times better that of a human. Not 15 or 20 times, 17 times. Someone apparently measured this.) No matter how many doubts the H had about the h's motives (who she really was, why she was snooping around the castle, etc) as soon as they were together he just wanted to smex her, no questions asked. It seemed that all the conflict in the book could have been resolved fairly early on if they would have just TALKED to each other about what was occurring instead of wondering what the other's motives where.

There also seemed to be some issues with the continuity. For example, the H only has time to make an ice pack, build a fire, and draw a bath in the time in the time the h's friend is shopping for all the groceries they would need for their stay in Scotland. How long could those three tasks take? And the h misses every meal during the first day of the book, despite being starving. And speaking of that first day, it must have contained at least 40 hours considering everything that happens, but the h STILL can't sleep? It got to a point where every small inconsistency in the book made me want to throw my ereader book against the wall. I'm all for suspending disbelief while reading paranormal, but does all logic have to go out the window as well?
Read more
Helpful
Comment Report abuse
See all reviews

b tidyman
5.0 out of 5 stars An amazing collection, A must for shifter lovers
Reviewed in the United Kingdom on November 1, 2014
Verified Purchase
OMG what an amazing set. i didn't want to put these books down. they had me hooked from the beginning.
Read more
Report abuse

K Austin
5.0 out of 5 stars Loved it!!
Reviewed in Australia on September 9, 2015
Verified Purchase
What a great combination of highlanders and werewolfs... Loved it!!
Read more
Report abuse
See all reviews