You've subscribed to The Highland Angels! We will preorder your items within 24 hours of when they become available. When new books are released, we'll charge your default payment method for the lowest price available during the pre-order period.
Update your device or payment method, cancel individual pre-orders or your subscription at
Your Memberships & Subscriptions
There was an error. We were unable to process your subscription due to an error. Please refresh and try again. 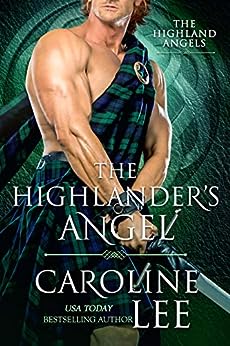 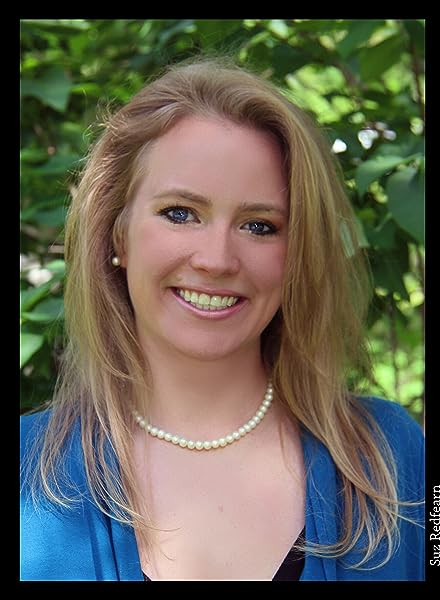 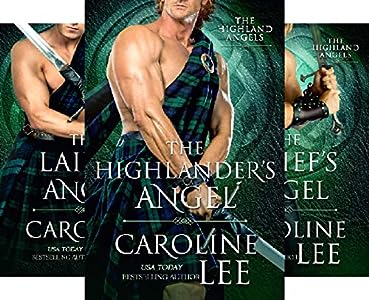 4.4 out of 5 stars
4.4 out of 5
219 global ratings
How are ratings calculated?
To calculate the overall star rating and percentage breakdown by star, we don’t use a simple average. Instead, our system considers things like how recent a review is and if the reviewer bought the item on Amazon. It also analyzes reviews to verify trustworthiness.
Top reviews

George Mcey
5.0 out of 5 stars Who knew Scottland could be so hot?
Reviewed in the United States on January 11, 2020
Verified Purchase
The Scottish Higland's are on fire in this spicy novel. The first full length Novel in the new Caroline Lee Series starts us of with a burn the sheets umm pile of furs tale. The Queen's Angels are a group of highly skilled Lady's in Waiting whose real jobs are well... not being Ladies in waiting. Courtney is one of three females that answer to the Bruce's queen and help her stop threats against the queen, king and Scottland's freedom. When Court is forced to work with a man who may or may not be part of a plot to kill the queen old fires are ignited.

Ross Fraisier believes in Honor and Duty so when his Laird is implicated in a plot against The Queen he agree's to return to his old life of working for the Queen and is paired with a woman who he had a fling with. When they are forced to travel old feelings and new respect are the tender for a fire that could destroy everything they both believe.

While this is hotter than some of Mrs. Lee's other books it is indeed one that kept me reading. As always she crafts a great story with lots of heat. This was a couple you wanted to cheer for and also had some thought provoking ideas on Loyalty. Can't wait to read the other two "angel's stories."
Read more
10 people found this helpful
Helpful
Report abuse

Redrabbitt
TOP 1000 REVIEWER
5.0 out of 5 stars NOW YE’RE AN ANGEL, COURT
Reviewed in the United States on January 11, 2020
Verified Purchase
After reading Ms. Caroline Lee’s story, The Bruce’s Angel, in the Once Upon a Pirate: sixteen swashbuckling historical romances anthology, I was hooked and excited to read her new series, The Highland Angels. Let me say it did not disappoint, and she is a creative storyteller. The story is full of mystery, suspense, angst, and passion. When an attempt is made on the Queen’s life, it will be Courtney and Ross Fraser that stop the assassin and learn that ‘The Red Hand sent him.’ A name that is all too familiar to Courtney.

“The Red Hand was the name of the group who—where I grew up. The man who leads it is a friend of mine. Or at least, he was,” she added quietly.”

“She turned to the other Angels, but when she opened her mouth—likely to bark a command—Queen Elizabeth spoke again. “I think you and Ross Fraser will make a fair team. Yes indeed, Ross Fraser. I think you and Courtney will make an interesting team. If you cannot trust your partner, whom can you trust?”

Ross and Courtney have a past, one night of passion years ago, but now they will be traveling for weeks together, gathering intel and working for the Queen. How will they handle the past and the present? What will they encounter on their journey, and will they learn that you can be loyal to more than one—if those loyalties intertwine?

“She had been attempting to run away from him, from the idea of having to be partnered with Ross Fraser, and everything it represented. She liked the look of him, and when they’d landed in bed together, had liked the feel of him too. But now, alone with him on this mission, she was coming to like him.”

“He knew from experience, there was a moment in each journey, each mission, where things—no matter the hardships and adversity—began to blend, to become normal. And that was a problem because for a warrior, complacency meant failure.”

A life and death mission for the queen, two lovers depending on each other, the attraction has never left, but can they really trust each other? What if the answers they receive could bring trouble to another? How will they handle the passion that is stirring—the memories of that one night?

“But her body—and her heart—wasn’t listening.”

“Ye need no’ hide who yea are, Court, neither good nor bad. I think ye should trust yerself, and trust me. No matter who ye were in the past, what matters is now.”

The steamy story takes a historical time with artistic liberties since history has blanks as to Queen Elizabeth, and Ms. Caroline Lee has used that to spin an interesting tale of love and danger. I am already looking forward to the next book in this series, The Laird’s Angel—with Mellie.
Read more
6 people found this helpful
Helpful
Report abuse

NavyWave62
TOP 1000 REVIEWER
4.0 out of 5 stars 4.25 STARS - SOME QUESTIONS WILL REMAIN
Reviewed in the United States on January 10, 2020
Verified Purchase
Packed with action. Our h isn't a virgin nor does it seem are the other "Angels." There is descriptive lovemaking, outside of marriage - heat level 3.5-4 out of 5. I didn't feel a connection to them and when they came together it was more lust.

Our H/h had a one night fling two years ago and they are now doing a mission together after being apart. I loved the dog and it added to the story.

There are some amazing fight scenes that kept the story suspenseful. No cliffhanger for our H/h except we are left wondering who wants the Queen dead. Is it the H's clan or someone framing them? This will be handled in the next story I'm assuming.

Lori Dykes
5.0 out of 5 stars A Romantic Intrigue!
Reviewed in the United States on January 12, 2020
Verified Purchase
"They were Angels; the Queen's ladies. And more than just ladies in waiting, they were her agents. Her Majesty had pulled them into her confidence years before, and most of her court knew they--and the others like them--were special."
Thus begins the tale of these special ladies, Courtney, Mellie and Rosalind. The three had been undercover getting information that the Queen may be attacked by an enemy and they were trying to get close to her to relay information. That's when after a little altercation (so funny!) Court was grabbed by a man.
"That's when her mind caught up to her eyes, and she sucked in a breath."
"Ross Fraser."
"Deep green eyes widened with surprise, and she knew the exact moment he recognized her, because his lips--those horrible, gorgeous, full lips--twitched upward at one corner. God help her, but she'd always been more than a little smitten with those lips."
Ross had been a guard of the Queens up until two years agowhen he returned to his Clan Fraser and help the new laird. Court hadn't forgotten him.
The adventure begins! Just adored this story! A beast named Honor, Intrigue, suspense, humor, trust and an attraction that could be deadly.
Caroline Lee is one of my favorite authors and has created an amazing start to this new series! Cannot wait to read more!
Read more
3 people found this helpful
Helpful
Report abuse

Greta
5.0 out of 5 stars What a great start to the series!!!!!
Reviewed in the United States on March 15, 2020
Verified Purchase
I loved it! What a great start to the series!
Court, once a member of the red hand and now one of the queen’s angels, is a fiercely strong woman that is not too shabby with a bow. Ross Fraser, a brawny highlander, was once a protector of the queen but has been loyally serving his clan’s laird.
Both are at court when there is an attack on the queen. They set out on an adventure with Ross’ big loyal dog, Honor, to figure out if the red hand is behind what happened at court. The two of them have not seen each other in a while and their internal thoughts, chemistry, and banter is sweet, spicy, and funny.
I am looking forward to reading about Mellie and Lachlan!!
Read more
Helpful
Report abuse
See all reviews

Kindle Customer
4.0 out of 5 stars Enjoyed it
Reviewed in Australia on April 28, 2021
Verified Purchase
Easy to read, strong heroine (love that), can hear the Scottish brogue as I read. Story flowed with action and attraction mixed together
Read more
Report abuse

Kindle Customer
4.0 out of 5 stars Intriguing
Reviewed in Canada on January 16, 2020
Verified Purchase
This story was intriguing and compelling and enchanting all at the same time
This story definitely held my attention through out
Read more
Report abuse
See all reviews