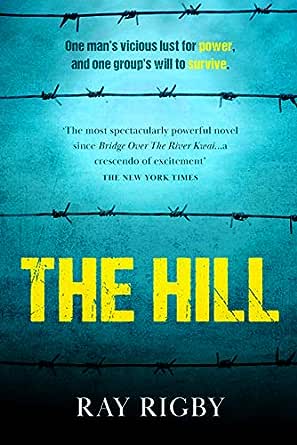 You've subscribed to The Hill! We will preorder your items within 24 hours of when they become available. When new books are released, we'll charge your default payment method for the lowest price available during the pre-order period.
Update your device or payment method, cancel individual pre-orders or your subscription at
Your Memberships & Subscriptions
There was an error. We were unable to process your subscription due to an error. Please refresh and try again. 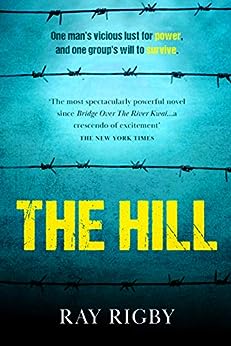 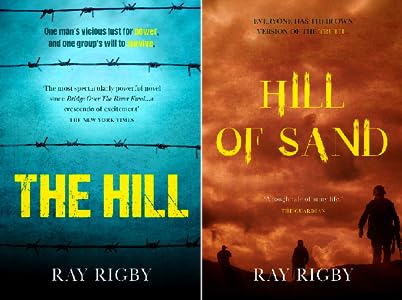 Jonathan Isaacs
2.0 out of 5 stars Okay but hasn't aged well
Reviewed in the United States on October 5, 2019
Verified Purchase
Hadn't heard of this prior to seeing it as a recommendation based on my other interests (WW2) so gave it a try.

The premise is centered around a prisoner camp for desertion or petty crimes committed by British soldiers, where a tough cadre of noncoms rehabilitate them. The tension comes about when a new crew of prisoners comes in and starts butting heads with master sergeant who runs the place, and the latter sics his sadistic new staff sergeant on them to break them. "The Hill" is the main obstacle used to break bodies and spirits with endless PT.

I'll be honest, I don't know how the NYT spewed out the quote on the cover ("...the most spectacularly powerful novel..."). There wasn't any character arc, the drama wasn't that well executed, and the conflict felt off as a result. Characterization was okay but inner thought dialogue ended up being a lot of exposition, and tended to flow between characters sometimes within the same paragraph. Plus, given it was written 50 years ago by a British author (I am an American reader), there are passages of dialogue and culture references where I literally had no idea what they were talking about. Some of the jokes might have made sense if you were born in England in 1925 and were fighting the Germans twenty years later, but they didn't make sense for a modern reader and it broke the immersion.

There were lots of missed possibilities with how to use the Hill as a centerpiece of the camp and character conflict rather than just have it be prop on stage, which is how it ultimately got used. The ending felt flat and unsatisfying as well. But at that point I was glad I could move on to the next book.

It's worth a look if you like immersion into the color of that time period--slang, a feel for the British army hierarchy, descriptions of kit and cabarets, etc. Otherwise, just rent the movie.
Read more
Helpful
Comment Report abuse

me
5.0 out of 5 stars Military barracks life
Reviewed in the United States on June 18, 2018
Verified Purchase
The author's fictional characters try to answer the question of "When does military discipline become criminal? Also, the movie 'The Hill' is a good interpretation of this book, but read the book first to get the full richness of this story.
Read more
3 people found this helpful
Helpful
Comment Report abuse

leslie william hayden
5.0 out of 5 stars Good book excellent condition.
Reviewed in the United States on December 15, 2019
Verified Purchase
This was an excellent historical novel and was a 30 year old paperback in mint condition.
Read more
Helpful
Comment Report abuse

Kindle Customer
1.0 out of 5 stars trash
Reviewed in the United States on September 14, 2019
That was a terrible book. I was tempted to stop reading it several times and at the end I wished I had.
Read more
Helpful
Comment Report abuse
See all reviews

Jim Kames
5.0 out of 5 stars A Great Read
Reviewed in the United Kingdom on November 5, 2017
Verified Purchase
If you saw the movie starring Sean Connery then you should read the book and it will not disappoint, it is a fast and exciting read. The movie did a good job of adapting the story and casting the characters.
Read more
3 people found this helpful
Report abuse

Ken Walker
4.0 out of 5 stars A good read
Reviewed in the United Kingdom on October 25, 2019
Verified Purchase
The book was very good, as the film was when I saw it years ago.
Read more
Report abuse

Bob
5.0 out of 5 stars my reading of the Hill
Reviewed in the United Kingdom on October 8, 2017
Verified Purchase
very hard hitting as was the the Film not for the fain hearted
Read more
Report abuse

brian tolman
5.0 out of 5 stars Five Stars
Reviewed in Canada on December 17, 2017
Verified Purchase
Brilliant read almost to a tee with the movie.
Read more
Report abuse
See all reviews