Hindsight: The Above and Beyond Series, Book 4 and millions of other books are available for Amazon Kindle. Learn more 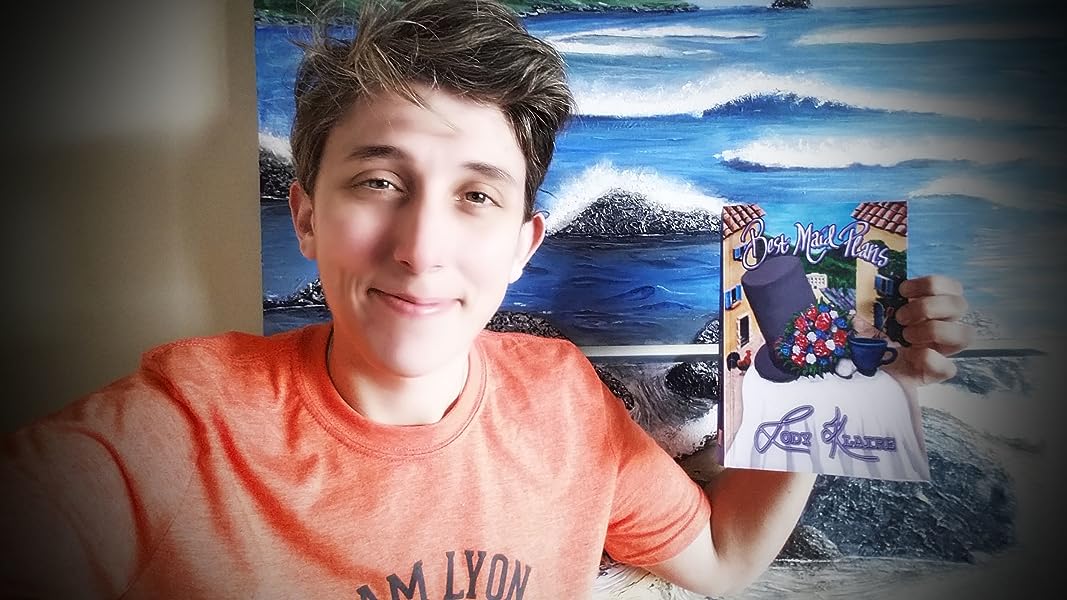 by Jody Klaire (Author)
4.4 out of 5 stars 17 ratings
Book 4 of 6: The Above And Beyond Series
See all formats and editions
Sorry, there was a problem loading this page. Try again.
Read more Read less
Previous page
Next page

Jody Klaire lives in Wales and has been many things from police officer to singer/songwriter and tries to use her experiences in life to evoke vivid pictures in her novels. She loves writing, sport, music, art, and teaching herself new subjects.
Start reading Hindsight: The Above and Beyond Series, Book 4 on your Kindle in under a minute.

Walter J Wallace
2.0 out of 5 stars Meh....
Reviewed in the United States on August 26, 2017
Verified Purchase
**! For this series i was a bit disappointed with both the storyline and plot twist - the storytelling just did not hit the mark this time (could not connect to the story). Still so many unanswered questions left at the end. The author is an incredible storyteller but she did not do it in this series - will look forward for book#5
Read more
Helpful
Report abuse

Client Kindle
5.0 out of 5 stars As good as the 3 others
Reviewed in the United States on January 30, 2017
Verified Purchase
So... this is book 4... I just finished it and I can't wait for the next one... that's how much I loved it!!! We get to know the characters deeper, get to better understand thel. At the same time there is still so much to learn. That's the kind of novel I'll have no trouble reading again and again. If you enjoyed the other books in the series, don't hesitate!!! If you didn't read them... go and do so...!!
Read more
Helpful
Report abuse

KC
5.0 out of 5 stars Must Read
Reviewed in the United States on January 22, 2017
Verified Purchase
Just as good as the first three and if you havent read them yet you don't know what you're missing. So what are you waiting for? Go read now! Can't wait for the next in the series. In fact I hope they never end!
Read more
Helpful
Report abuse

Amazon Customer
5.0 out of 5 stars I love this series and this book
Reviewed in the United States on February 19, 2017
Verified Purchase
I love this series and this book! There are a lot of poorly written books but this is not one of those. I can't wait for the next book in the series! If you like a little mystery, adventure and psychic abilities this is the series for you. I highly recommend you read the first three!
Read more
Helpful
Report abuse

Wylee Farmher
5.0 out of 5 stars Great story
Reviewed in the United States on February 9, 2017
Verified Purchase
It was nice to see more of Ursula s past and meet Bess. But holy cow it's Aeron every going to figure things out?
Read more
Helpful
Report abuse

Bugs
5.0 out of 5 stars An EPIC MUST-READ Supernatural/Action/Romance/Thriller SERIES!! The BEST LEADING TRIO After HP's Harry/Ron/Hermione!
Reviewed in the United States on May 26, 2018
This review applies to the entire Above and Beyond series (Book 1-5)..

If you haven't read Jody Klaire's Above & Beyond series, I highly recommend it! OMG! It's epic! A mammoth of an arc spanning 7 books in total. Very original, unique, fantastic thrills, action-packed, funny, extremely heartbreaking and heartwarming jammed into one, romantic, truly memorable journey & adventures.

First off, it's NOT what you think. The premise reads like an adventure/thriller but it's SO MUCH more than that because not only is the MC (Aeron) a very unconventional character, how she feels, thinks, behaves, is very unique because of her circumstances.

Jody's skillful wordplay and story structure hook you in because you literally FEEL Aeron, her surroundings, the situations/scenarios, as well as the characters she comes into contact with, one of them in particular - which sets off a whole new plethora of emotions so hypnotic you simply MUST find out what's next! It's literally off-the-charts THRILLING! A bloody fantastic roller coaster ride! And you can't just read Book 1 ("The Empath")! You MUST, for your sanity, read the rest of them as Jody turns up the drama/humour/thrills/romance (the most unique, addictive, slow-burn you'll ever read, tbh!)/action a notch as you go through Book 2 onwards, with amazing secondary characters. Oh, I especially love the grandmother!! You'll know when you read the books!

Although the series is created around Aeron, it's the 2 other primary characters, Renee & Frei, who give the story arc depth, complexity & make Aeron whole. I call them the Terrific Trio! Their affinity & special connection with each other are not unlike Harry Potter, Ron & Hermione in the Harry Potter series. They go through all the adventures, thrills, drama & angst together.

All 5 (out of 7 that are released) books will make you laugh, cry, mad, angry, scream, cheer with the characters. The devastatingly slow-burn romance between Aeron & Renee...omg. Their language, their words, their actions will leave you yearning for more! Literally kills me with all the feels! (don't know how many "awwww!"'s I'd uttered whilst devouring the series!). As for Frei, you'll find out and discover her past and I can guarantee you it'll break your heart. But it'll give you a deeper level of understanding about why Frei's what/who she is. Extraordinarily heartfelt.

As the story progresses throughout the books, the action gets more intense. Klaire's masterful use of words to describe the heart-pounding action sequences will literally put you on the edge of your seat! It did for me every time there was one! It's like watching it in motion on-screen! Gobsmackingly spectacular! I was holding me breath during the entire car chase scene,& then the....scene...& then the... Errr...I'd better not reveal anymore because...spoilers! You simply have to read the books to find out!

I also want to add that the subject matter of the story arc that spans several books (which you'll find out) is what is happening to the world we live in today, although, unfortunately it's not being talked about and pretty much "hidden" because of the powers that be (money, power, influence) that have their hands in it. So many actually believe it's in the past & not happening anymore or just happening to certain groups of people. For Jody to use it to build her A&B world (perhaps shine a light on it, albeit it's fiction, but really makes one ponder at what's really behind the curtain of our world) is something that I'm grateful for & appreciative of. I don't think it's been told like that in fiction.

This series really, must be read chronologically as follows:

6. Black Ridge Falls (not released yet)

7. Full Circle (not released yet)

**I'm hoping Book 6 will feature Renee's backstory and more about her.Simply her character - as an individual, as Aeron's romantic interest, as Frei's close/best friend. She's basically a badarse! And then, finally, everything comes full circle (as Book 7 alludes to, maybe?), we see the Terrific Trio ride into the sunset together!!! Well, that's my wish, anyway!**

All in all, the Above & Beyond series is a resounding MUST-READ!! You won't regret it!

Thank YOU so much, Jody, for creating this absolutely memorable series!! I put A&B alongside HP as one of my favourite series of all time! Well done, mate!

woody
4.0 out of 5 stars Thrilling race against time
Reviewed in the United Kingdom on September 15, 2018
Verified Purchase
Some great new characters in this forth instalment of the Above and Beyond Series.
Frei and Jessie have disappeared and it’s up to Aeron and Renee to find them with the help of Aunt Bess. Head of the Internal Affairs Abby Fleming turns up asking where they are. Abby was Renee’s ex fiancé. So, begins a race to find the missing pair and save them before Abby can realise what is going on at the CIG base. Totally loved the character of Aunt Bess. Lots of fast paced action with flashbacks to Frei’s past and present. Jody Klaire is a great storyteller and a very talented writer. Looking forward to the next book Noble Heart.
Read more
Report abuse
See all reviews
Back to top
Get to Know Us
Make Money with Us
Amazon Payment Products
Let Us Help You
EnglishChoose a language for shopping. United StatesChoose a country/region for shopping.
© 1996-2021, Amazon.com, Inc. or its affiliates