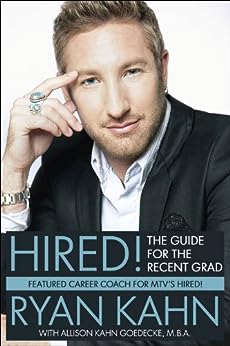 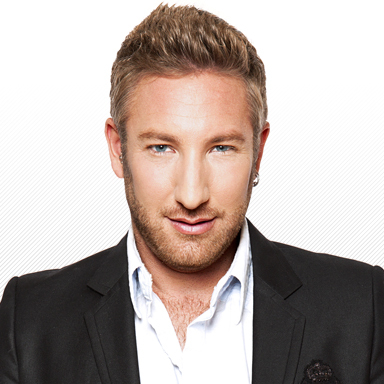 Hired! The Guide for the Recent Grad Kindle Edition

by Ryan Kahn (Author) Format: Kindle Edition
See all formats and editions
Sorry, there was a problem loading this page. Try again.
Nationally recognized career coach Ryan Kahn shares essential career advice with you in this step-by-step guide to your dream career! Geared towards recent graduates, the book is straightforward, concise, and easy to read. Includes sample resumes, cover letters, and over 250 career tips so you have the tools to get hired! If you are a recent graduate looking for your dream career, this is the definitive book for you!
Read more
Previous page
Next page

Ryan Kahn is a nationally-recognized career coach, television personality, speaker, and author. His work has helped hundreds of thousands of job seekers over the years and he has personally placed more than 2,000 professionals into some of the world’s most competitive companies including Google, Disney, Nike, Apple, NBC Universal and many more. Kahn is founder of The Hired Group, star of MTV's "Hired" and author of "How To Get Hired" and "Hired! The Guide for the Recent Grad."

Amazon Customer
4.0 out of 5 stars Very Important Book
Reviewed in the United States on May 3, 2011
This is a very important book. A must read for students, graduates, teachers, and councilors. It is simple enough for a high schooler to read, and powerful enough for an advisor to better help someone looking for a career. It gave me added strength, to do the right thing and go for a career that was good for me. This is a powerful book. And I have recommended it to many people. Please keep writing Ryan, and Thank you.
Images in this review

And this book, only gives the $0 general tips which you can google easily,

If you consider buying it after reading the sample pages like I did, please don't. Save the money.

sunnydaze
1.0 out of 5 stars Waste of Time and Money
Reviewed in the United States 🇺🇸 on July 27, 2013
Verified Purchase
This book is essentially worthless. I would not trust the other reviews, perhaps they were written by friends of his? The advice was the same old generic baloney that you might hear from anyone. Ex. - Have a resume, don't misspell things on it, do an internship while you're in school. I thought this would be tips for recent grads. If I've already graduated, don't tell me I should do an internship. What, am I supposed to find a time machine somewhere and accomplish that? My other complaints: this does not seem to be based on any research; rather, it looks like this guy went online and just rehashed a bunch of blog posts from Forbes.com or Lifehacker.com. Utterly useless. I'd demand my money back if I could.
Read more
7 people found this helpful
Helpful
Report abuse

A. Henry
2.0 out of 5 stars Two Stars
Reviewed in the United States 🇺🇸 on December 7, 2014
Verified Purchase
It was just okay, seems a bit dated for relevance in 2014 at times.
Read more
2 people found this helpful
Helpful
Report abuse

Antonio Neves
4.0 out of 5 stars Great read if you're looking to get hired and stand out in career marketplace
Reviewed in the United States 🇺🇸 on March 22, 2016
In this international LinkedIn age, we have to do whatever we can to stand out to get hired. In this book, Ryan provides straight forward tips that will help everyone from college students seeking internships, a recent graduate pursuing that first job in the "real world," and that person mid career looking to reignite their career.
Read more
One person found this helpful
Helpful
Report abuse

CC
1.0 out of 5 stars Positive reviews are probably fake
Reviewed in the United States 🇺🇸 on June 24, 2015
Most of the 5-star reviews seem fake and here's why:
-most of the 5-star reviews come from users who have reviewed only this book
-most of those reviews come from the week this book was published (early May 2011)
-very few reviews are Verified Purchases
-the critical reviews are dated after May 2011 and come from users who have reviewed other products
-users Oxford, AShroffUCLA, HollyTrolley, Mitche11, Ry Taj, LawGradLLS, and Nate the Great reviewed this book twice; the reviews are word-for-word identical

Folks, please do your research before you decide to buy this book. Take care y'all.
Read more
One person found this helpful
Helpful
Report abuse

Oxford
4.0 out of 5 stars Quick & Easy Resource!
Reviewed in the United States 🇺🇸 on May 11, 2011
What really impressed me about this book was how easy it was to read while still providing valuable information. I've been in the working world for quite awhile now and have had my fair share of interviews -- and still picked up quite a few tips. I've passed it along to several friends with kids about to leave for college, or about to graduate and seeking that first job, as well as friends in the currently in the job market. Definitely a good buy!
Read more
5 people found this helpful
Helpful
Report abuse
See all reviews

hana
2.0 out of 5 stars Very short, nothing I would not know already. ...
Reviewed in the United Kingdom 🇬🇧 on July 4, 2015
Verified Purchase
Very short, nothing I would not know already. Often, not very suitable for the UK job market - things such as 'thank you card' after an interview or turning up in a company with a CV - I cannot really imagine practicing in UK.
Read more
Report abuse
See all reviews
Report an issue
Does this item contain inappropriate content?
Report
Do you believe that this item violates a copyright?
Report
Does this item contain quality or formatting issues?
Report