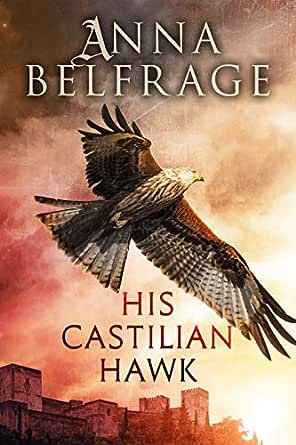 You've subscribed to The Castilian Saga! We will preorder your items within 24 hours of when they become available. When new books are released, we'll charge your default payment method for the lowest price available during the pre-order period.
Update your device or payment method, cancel individual pre-orders or your subscription at
Your Memberships & Subscriptions
There was an error. We were unable to process your subscription due to an error. Please refresh and try again. 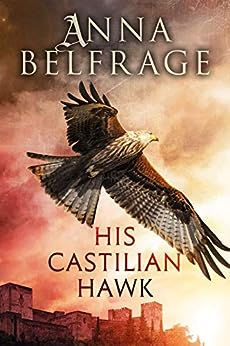 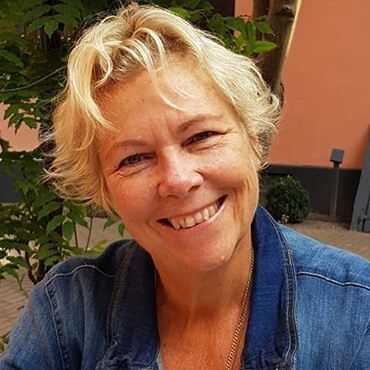 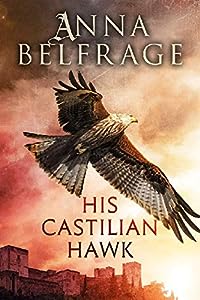 "this delightful novel transcends time, and tells a story of human love, courage and adventure that is immensely satisfying. Highly recommended."  - author Elizabeth StJohn"...a masterclass in how to write historical fiction" - Discovering Diamonds"I am totally entranced by this tale and look forward excitedly to book two in the Castilian adventure, having become completely invested in these two characters." - Reader's Favorite Five Star Seal Review

4.5 out of 5 stars
4.5 out of 5
42 global ratings
How are ratings calculated?
To calculate the overall star rating and percentage breakdown by star, we don’t use a simple average. Instead, our system considers things like how recent a review is and if the reviewer bought the item on Amazon. It also analyzes reviews to verify trustworthiness.

CS
5.0 out of 5 stars Historical fiction at its best
Reviewed in the United States on September 29, 2020
Verified Purchase
My favorite era of historical fiction is the medieval era, and I have read many of Anna Belfrage’s novels set during these times. With His Castilian Hawk, she has done it again: Belfrage’s knowledge of the time period and the historical record shine in this exciting new story set in the late 13th century during the reign of Edward I. She gives us just enough political detail so the conflict between the English king and the Welsh he wants to subjugate is understood, but not overwhelming. The settings are luscious – Belfrage has a way with words and we can see, smell, hear, and taste everything.

In this novel, young Eleanor, aka Noor, is shuttled into an arranged marriage with a man she has never met. Robert FitzStephan has been a loyal ‘yes’ man to the king. This is a page-turner that had me worried about Robert and Noor. Robert’s former mistress, a Welsh prince being hunted by the king that Robert serves, and Noor’s outspokenness spell trouble throughout the book for these two. There is a compelling love story. (There are also a few graphic sex scenes, but just squint & turn the page if you’d prefer.) The antagonists are not black & white. You’re never quite certain if they will end up helping or destroying Robert and Noor.

Highly recommended. ***4.5 stars rounded up to 5***
I received an ARC for an honest review, but also purchased this book.

Amy M. Bruno
5.0 out of 5 stars Brilliant start to a promising new series!
Reviewed in the United States on November 6, 2020
Verified Purchase
I found the perfect escape method while we anxiously await the election results in the US....Emotional Support Books! Thankfully I had the perfect book from one of my all-time favorite authors to keep me sane the past few days! Well, as sane as one can possibly be right now :)

His Castilian Hawk by Anna Belfrage is one amazing historical! When I first started reading Historical Fiction I was hooked on the Medieval Ages and was fascinated with Sharon Kay Penman's Welsh trilogy, so this felt like being back with old friends.

Set during the time when the English King, Edward I, was trying to gain control of Wales. One of his most loyal men, Robert FitzStephan, saves the life of the King by striking down two men who were trying to kill him. Those two men happened to be the father and brother of Eleanor d'Outremer. King Edward I rewards Robert by giving him Eleanor's hand in marriage and her lands. Can you imagine having to marry the man that killed the only family you had left?

Their relationship starts off rocky as you can imagine, but the more time they spend together the closer they become and they soon develop true feelings for each other. There will be obstacles to overcome - especially from Robert's ex-lover Edith and Eleanor's (called Noor) loathing of how the English are treating the Welsh. She is half Welsh herself and much to Robert's horror, she speaks her mind about what she thinks - despite the danger in that.

Queen Eleanor takes Noor under her wing and teaches her the way of court and about her own family history.

I absolutely loved Noor. Watching her develop from a timid young girl to a confident and clever woman. A small brown Hen turned into a Hawk. I wasn't a fan of Robert straight away but he grew on me and I loved their relationship.

There's nothing that Anna isn't a master of with her books. The action scenes, the dialog, the history, character development, and setting are always on point. I especially love how she writes romance. It's sweet and hot at the same time.

I highly recommend His Castilian Hawk and I cannot wait for the next one in the series!
Read more
Helpful
Comment Report abuse

Daydream Believer
5.0 out of 5 stars Couldn't put it down
Reviewed in the United States on October 31, 2020
Verified Purchase
Another winner from Anna Belfrage. Could not put this book down, and I’m on my second read-through. As with all her books, I could picture the scenery and her main characters, Robert and Noor, are likeable yet realistically flawed. They were on my mind from the get-go. A delightful cast of secondary characters and villains as well, all of them well drawn. If you’re like me, you’ll want to throttle Edith. I hope there are more in the series to come.
Read more
One person found this helpful
Helpful
Comment Report abuse

L. Baker
5.0 out of 5 stars A fabulous start for a new series!
Reviewed in the United States on October 1, 2020
Verified Purchase
I am a huge fan of Anna Belfrage’s Graham Saga séries and I have been impatiently waiting for this new series. I was not disappointed! Ms. Belfrage is so talented at creating characters that are so real and she keeps me on the edge of my seat worrying for them. I can’t wait for the next book. Thank you so much Anna for always providing such amazing books!
Read more
One person found this helpful
Helpful
Comment Report abuse
See all reviews

P. C. Fenton
5.0 out of 5 stars Truly epic!
Reviewed in the United Kingdom on October 3, 2020
Verified Purchase
His Castilian Hawk is a truly epic historical novel in every sense of the word! Set during the 13th century, it features an evil power-hungry king, a brave knight and his fair lady, and a female villain who is part of the hero’s past. As we all know, hell hath no fury like a woman scorned and that is certainly true here! The author has done an impressive amount of research and the historical setting felt authentic down to every last detail. And the background events are also true, these tumultuous times accurately rendered. This is an amazing story that kept me reading until the early hours of the morning - and it’s only the beginning for this brave couple. Although this can be read as a standalone, I’m already looking forward to the next book in the series!
Read more
Report abuse

cb
5.0 out of 5 stars A fierce new series
Reviewed in Canada on September 30, 2020
Verified Purchase
His Castillian Hawk is a the first in an exciting new series by Anna Belfrage set during the reign of Edward I, the ruthless Longshanks, when his conquest of Wales is nearly complete and he is in the process of crushing the last of the resistance and eradicating the line of Aberffraw.
Robert FitzStephan is an illegitimate son of a nobleman and one of Edward’s loyal men-at-arms. As a reward for his service, he is given a knighthood and lands through his marriage to Eleanor d’Outremer (called Noor). This is an honour for Robert as Noor is related to Edward’s queen on her mother’s side, but it’s also a complication as Noor is kin to the Welsh royal family on her father’s side. Noor and Robert’s relationship grows from a hastily arranged marriage that neither are excited about to something deeper and loving. But will they survive a displaced and vengeful mistress and the political turmoil they find themselves in?
This is a story of divided loyalties—long-time mistress vs wife; king vs family. The political turmoil in Wales and the lengths that Edward went to conquer Wales, particularly the fate of the sons of the vanquished Prince of Wales, is truly heartbreaking. Given Noor’s kinship with the Welsh royal family and her refusal to turn her back on her relatives during their time of need, even knowing the ramifications to her family if they’re found out, is gripping and tense storytelling.
A historically rich story set against the backdrop of a tumultuous and troubling era with a healthy dash of romance makes for a highly recommended read. Looking forward to the next instalment of Noor and Robert’s adventure.
Read more
Report abuse

Elizabeth Gayle Fellows
5.0 out of 5 stars His Castilian Hawk
Reviewed in Canada on October 17, 2020
Verified Purchase
Another wonderful read by Anna Belfrage. For a serious lover of History, this book holds it all. The two main characters Robert and Noor are endearing, and quite normal even in today’s standards. Living in the 1200’s under the rule of Edward Plantagenet Longshanks it is understandable how life worked under absolute rule. I could hardly put the book down as the story was totally captivating and exciting. The detail about the times, the fighting, the people and even the landscape and weather make the story interesting. I look forward and can’t wait to read Book 2 in 2021. I am definitely hooked on the storyline. Thanks to Anna Belfrage for another wonderful book.
Read more
Report abuse
See all reviews