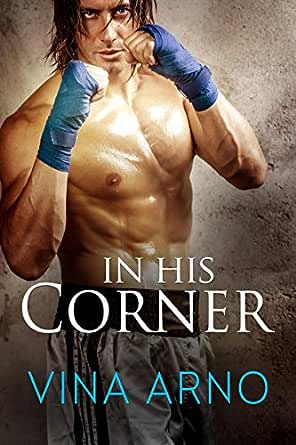 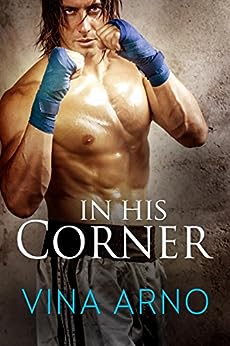 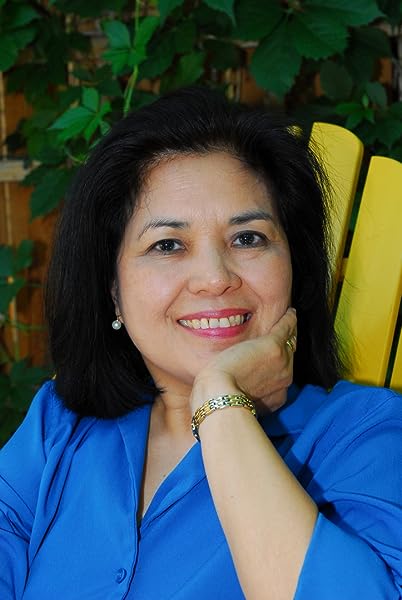 In His Corner Kindle Edition

Vina Arno is a pen name used by Cindy Fazzi. She is a Philippine-bornAmerican writer who has worked as a journalist in the Philippines, Taiwan, andthe United States. Her two decades of experience as a news reporter and editorincludes working for the Associated Press. She has a master's degree injournalism from Ohio State University. Her short stories have been published inSnake Nation Review, Copperfield Review, and SN Review. In His Corner is her debut romance book.

4.4 out of 5 stars
4.4 out of 5
44 global ratings
How are ratings calculated?
To calculate the overall star rating and percentage breakdown by star, we don’t use a simple average. Instead, our system considers things like how recent a review is and if the reviewer bought the item on Amazon. It also analyzes reviews to verify trustworthiness.
Top reviews

Kindle HDX Customer
4.0 out of 5 stars Love doesn"t force you to change
Reviewed in the United States on April 17, 2015
Verified Purchase
Stars: 4
POV: Third
Series: No
Cliffhanger: No

Dr. Siena Carr grew up privileged and continues to live her life that way. She’s used to the finer things in life, has traveled the world, fancy clothes and the perfect boyfriends with perfect jobs. She’s a snob; even her friends call her out on her behavior and unrealistic opinions. All her beliefs are questioned when boxer Tommy Raines, aka the Juggernaut, walks into the ER where Siena is on call.

Tommy is an Olympic medalist in boxing. He’s training for his first professional fight when he receives a cut that needs sutures. Little did he know his life would change forever when Dr. Siena Carr walked into the room. He was immediately taken with her and could not get thoughts of her out of his mind. He doesn’t mind the slight age difference (she’s older) and the fact that their lifestyles are so opposite.

From the very beginning, Tommy seems mature and level headed. He was devoted to his goals and to doing whatever it took to make Siena happy; even if that meant changing some of his, according to her, more ‘immature’ ways. When he finally told her she was superficial and snobbish, she took offense. She always seemed in a constant struggle with their relationship; always too worried about appearances and how others perceived them.

Siena was constantly trying to change Tommy, his clothes, his way of eating, she never seemed happy with him. However, even though Tommy told her what he didn’t like about her but never tried to change her. In fact, he told her that her quirks and differences from him is what makes him love her. Siena’s refusal to come watch him fight, because as a doctor she couldn’t condone the violence, was the final straw. He told her that she couldn’t love him and not support what he did and asked her to leave.

Will she finally be able to accept him as he is and stop attempting to change everything she dislikes? Will she learn to appreciate him for the loving man he is or will her vainness be the end to the best relationship she’s ever had?

In His Corner is a great story with a good message hidden throughout. A definite must read.

RhetWriter
5.0 out of 5 stars A Romance for Educated Readers
Reviewed in the United States on May 12, 2015
Verified Purchase
This is a romance for educated readers who can appreciate the complexity of the characters Vino Arno has expertly crafted. Both are ambitious, and both are fighters. These are the qualities that draw them together as much as sexual energy, which makes the book rise above many romances.

While Tommy is the obvious fighter, Sienna is an intelligent young woman who competed--fought--to get into and through medical school, which is still a male-dominated culture. In her position at a top San Francisco hospital, Sienna competes mentally each time a new patient is brought into the ER: she has to make the diagnosis and decide the treatment as quickly and efficiently as she can. That's her "knock out," so to speak.

Tommy is not college educated, but he is ambitious and intelligent. He gauges his own energy as he appraises his opponent in the ring. But Tommy is equally adept outside the ring. At the hospital fundraiser, he sizes up Sienna's former lover and bests him socially and psychologically.

Yes, this book is a romance about class differences, but it's also a dramatic story about two characters who value each others drive and ambition, which makes the sexual tension all the more exciting to read!
Read more
3 people found this helpful
Helpful
Comment Report abuse

carolyn steger
4.0 out of 5 stars Opposites Attract!
Reviewed in the United States on October 24, 2015
Verified Purchase
First of all I have to say that I have a book boyfriend in Tommy! I love him!The reason that I didn't give this book four stars is the fact that Sienna annoyed me! She really was a snob and I don't think that she even realized it until it was brought to her attention in a dramatic way!
Tommy had all the qualities that one would want in a man despite his young age! He had to give up college to care for his mom and he was kind, sensitive and sexy! I admired the fact that he was not willing to give up his identity for Sienna even though he cared very deeply for her. Don't want to give much away but ,sometimes,opposites really do attract !
Would like to see a continuation of their story!
Read more
One person found this helpful
Helpful
Comment Report abuse

Nancy T.
5.0 out of 5 stars Buy It If You Love Romance.
Reviewed in the United States on April 28, 2015
Verified Purchase
Vina's ability to create characters into real life people that you've met or want to know, is a special talent. Every time Tommy opened his mouth I was on his side and felt like I was 'In His Corner'. A great read and I highly recommend it if you love romance. It's all there. Looking forward to her next one.
Read more
4 people found this helpful
Helpful
Comment Report abuse

Kindle Customer
5.0 out of 5 stars A Fantastic Read!
Reviewed in the United States on June 24, 2017
Verified Purchase
Truly enjoyed this book. From beginning to end O read it all in one swoop. The storyline of opposite do attract and stick! Good job, and forward to more from this author.
Read more
One person found this helpful
Helpful
Comment Report abuse

Angela Fazzi
5.0 out of 5 stars Angela
Reviewed in the United States on April 18, 2015
Verified Purchase
The story line is excellent and exciting. The fight set in Vegas was so well written I felt I was there. Ms Arno makes the main characters seem alive and real.
Anyone who enjoys romance literature has a winner here.
I chose this rating because the story certainly merits it and I so enjoyed reading it.
Read more
2 people found this helpful
Helpful
Comment Report abuse

Tina Williams
4.0 out of 5 stars Opposites Attract in this Sexy Sports Romance ~ 4.5 stars
Reviewed in the United Kingdom on May 31, 2016
Verified Purchase
In His Corner is a well written and sexy contemporary romance, where sparks and passion fly between two people who were born on opposite sides of the tracks. When boxer Tommy aka the Juggernaut and Siena, the serious and dedicated ER doctor, meet their attraction is instantaneous.

Despite Tommy’s advice to remain relationship free before his next big fight, he cannot let the chance to hook up with the reserved but sexy Siena pass him by, even though on the surface this straight laced miss, is way out of his league. Siena has only ever dated conservative, Ivy League guys, yet once she sets eyes on this hot male specimen she succumbs to his request for a date and literally becomes putty in his hands, unlocking some unexpected passion within her. Their relationship is both fun and hot as they both introduce each other to their respective worlds. Yet will their growing love and attraction be enough or will their different backgrounds and outlook mean their HEA is doomed?

I found the book a great read. Tommy is a super sexy guy and I loved how he encouraged Siena to push her boundaries both sexually and socially, without expecting her to change. By contrast Siena has a hard time accepting Tommy and his background, so different from her own, and tries to influence his tastes in clothes and foods. Tommy goes with the flow until her behaviour strikes at the very heart of what he is and it will take a lot of soul searching from Siena if their relationship is to last.

This entertaining and thought-provoking read is both hot and emotional and I recommend it to fans of contemporary romance, particularly if you enjoy sexy alpha males! Please note a copy of this book was given to me by the author for the purpose of a fair and honest review.
Read more
Report abuse

Baby Wings 4374
5.0 out of 5 stars A very enjoyable read!!
Reviewed in the United Kingdom on April 23, 2016
Verified Purchase
I really enjoyed this book couldn't stop turning the pages the story flowed really well loved the attraction and chemistry between the character's of Tommy and siena she couldn't get her head around his fighting career at first when her career and oath was to mend people , first fighting book I've read this year and loved it !
Read more
One person found this helpful
Report abuse