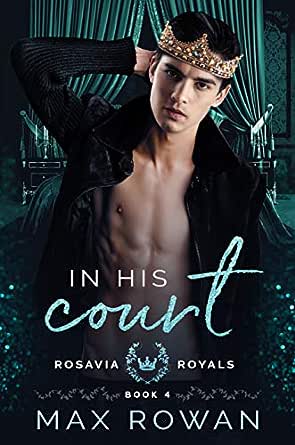 You've subscribed to Rosavia Royals! We will preorder your items within 24 hours of when they become available. When new books are released, we'll charge your default payment method for the lowest price available during the pre-order period.
Update your device or payment method, cancel individual pre-orders or your subscription at
Your Memberships & Subscriptions
There was an error. We were unable to process your subscription due to an error. Please refresh and try again. 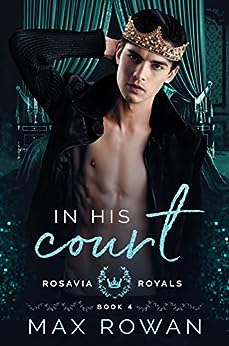 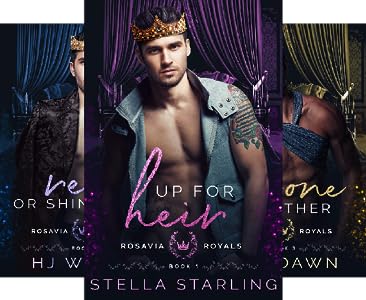 4.6 out of 5 stars
4.6 out of 5
88 customer ratings
How does Amazon calculate star ratings?
Amazon calculates a product’s star ratings based on a machine learned model instead of a raw data average. The model takes into account factors including the age of a rating, whether the ratings are from verified purchasers, and factors that establish reviewer trustworthiness.
Top Reviews

avid reader 1
5.0 out of 5 stars Very well written, kept my attention start to finish
Reviewed in the United States on June 16, 2020
Verified Purchase
This is the first I’ve read by this author.
In His Court is a good, suspenseful read. The cloak and dagger stuff is well written, has a smooth flow, and kept my attention from start to finish.
Benedict is a good, strong character, and I enjoyed getting to know him. His place in the grand scheme of things is exciting in its complexity, and at times I had to remind myself of his age.
Felix's character was a little harder to get to know. The bit of backstory on him helped me understand his outlook and attitude, and I liked him, but it took a little longer to love him.
I ended up loving them both separately and together. They are a lovely couple, and the sexy times are very well done. Their case, their romance, and their HEA are believable and satisfying.
I look forward to more from this author.
Read more
Helpful
Comment Report abuse

Mikki James- Peters
4.0 out of 5 stars I spy a MUST read
Reviewed in the United States on June 16, 2020
This is the fourth novel is the Rosavia Royals series. It may be read as a standalone (but I highly recommend reading all of them!). This novel features somewhat enemies to lovers and the spy/espionage trope along with some royal hi-jinks between 5 princes searching for their forever.

The Crown Jewels are stolen weeks before the Royal Ball, and Prince Benedict (who unbeknownst to his brothers is a part of Rosavia's secret service) is on the case. In order to retrieve these precious jewels Benedict must work intimately with Felix, the Quarter Master. Felix is responsible for the intelligence gathering and caring out of the top secret mission. Due to his commitment to work Felix has never really found time for a relationship, that is until he meets Benedict. At first they both are very weary of the other, but given time they might be able to solve the greatest mission of all; each other.

Given this novel dives into the spy and espionage world it is very fast paced and adventurous. You are holding onto your sit with all the twists and turns awaiting the outcome of both the mission and the romance. Benedict is so aloof in the previous novels, that it interesting to finally see the man behind the mask. This book really is a Bond meets Cinderella type and I was all here for it!

Scooby2
3.0 out of 5 stars "Bond" gets his "Q"
Reviewed in the United States on June 16, 2020
“In His Court” is book four in the Rosavia Royals book series, which is a series of five books, that can be read in any order since they take place at the same time. I really liked reading Prince Benedict and Felix’s story, I felt they were perfect for one another. I loved watching them help one another get out of the shadows and not feel alone, giving the other one a purpose. My only complaint was the mystery was solved a little too neatly and rushed in places, leaving some unanswered questions, but those could be overlooked for the story overall. If you’re looking for a low angst story with “Bond” getting his “Q”, them falling in love and solving a mystery, then give this one a go. I look forward to reading the others in this series.

I received an arc from the author for an honest review.
Read more
One person found this helpful
Helpful
Comment Report abuse

Rebecca Slone
5.0 out of 5 stars 5*
Reviewed in the United States on July 8, 2020
I KNEW I was going to love this book. There was just something about Ben that had everyone believing one thing, but I knew he was up to something. It started showing up at little things, like his meeting with Jules, his obvious disguise to try to appear the laziest of all. It was just too easy and I knew something was up. And I love this book.
Everyone thought Ben was the quintessential lazy Prince that basically didn’t do anything but lounge around and drink or whatever floated his boat. They all thought him to be in the Army, again just doing the least amount possible to get by. But what NONE of them knew, is Ben is actually the equivalent of the CIA and such. He’s a special ops man and does many assignments that can get him in a lot of trouble. But this next assignment hits close to home and he’s not looking forward to having to work with someone that looks barely out of diapers and never done any fieldwork. And immediately sets Felix off with his haughty attitude. Felix is so tired of being bullied and overlooked. He’s smart, a genius, and he knows what he’s doing. But what Felix doesn’t realize is that Ben does his haughty attitude as a defense mechanism when someone throws him off his game. And Felix has done just that. He’s impressed by Felix’s mind and how he works. He’s only scared for him because fieldwork is not his dept and he doesn’t want Felix hurt in any way. But they have to save what was stolen and he knows he needs Felix on this mission. What they dig and find, is shocking although not surprising and now they need to get home alive in order to arrest those involved. But plans have a way of going awry and it’s going to be hard to do. And for Felix, not only is he terrified of not getting home, but of losing the one man he’s finally fallen in love with.
I love these two so much. Ben turns out to be so much more than everyone thinks, which cracks me up in a lot of ways. But it’s important to be secretive in his line of work. What really gets me is the way he and Felix are with each other. Felix comes off so quiet and almost meek, but he has no problem whatsoever getting in Ben’s face and setting him straight. And I love it. They throw each other off balance so much it’s hilarious. But what’s even better, is that they balance each other in a good way as well. They work well together, and are learning each other quickly. Which is rare, because it usually takes years to fit so seamlessly together when working that way. And I love how Ben sees Felix. He sees Felix for who he really is and what’s underneath it all. He sees the frightened boy and all the pain that’s come with it. But he also sees the side of Felix ready to be free. The fierce and brave fighter that can do so much more than people think he can. And for Ben, he’s finally found someone who makes him feel like he’s home.
I love this story and how it turned out. I couldn’t put it down. It’s got such good action and intrigue. It’s a romance and a thriller all in one. It’s a great story and another perfect addition to this series.
Read more
Helpful
Comment Report abuse
See all reviews from the United States