You've subscribed to The Corde Noire Series! We will preorder your items within 24 hours of when they become available. When new books are released, we'll charge your default payment method for the lowest price available during the pre-order period.
Update your device or payment method, cancel individual pre-orders or your subscription at
Your Memberships & Subscriptions
There was an error. We were unable to process your subscription due to an error. Please refresh and try again. 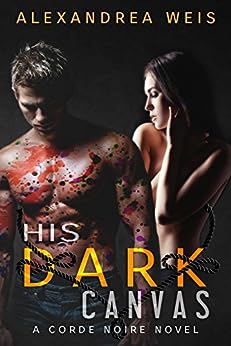 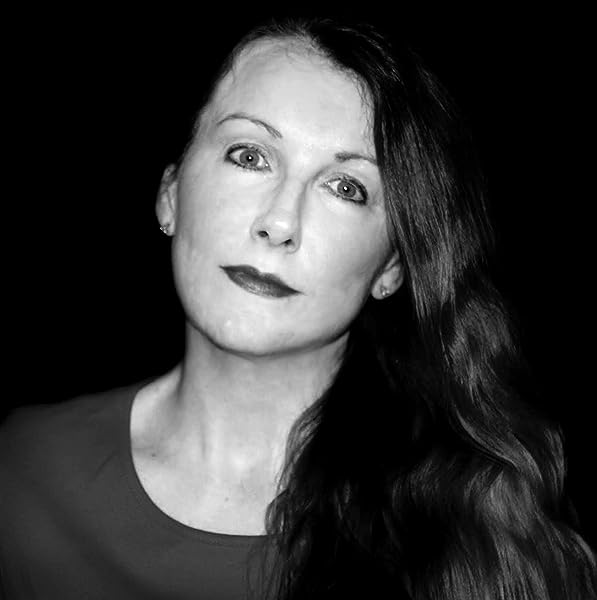 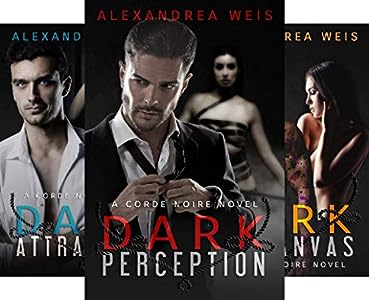 From New Orleans, Alexandrea Weis was raised in the motion picture industry and began writing stories at the age of eight. In college she studied nursing and went on to teach at a local university. After finishing her Ph.D., she decided to pick up the pen once again and began her first novel. Since that time she has published many novels. Infusing the rich tapestry of her hometown into her award-winning books, she believes that creating vivid characters makes a story memorable. Alexandrea Weis is also a certified/permitted wildlife rehabber with the La. Wildlife and Fisheries. When she is not writing, she rescues orphaned and injured wildlife. She is married; they live in New Orleans. --This text refers to the paperback edition.

Karen Hrdlicka
5.0 out of 5 stars Picture Perfect
Reviewed in the United States on October 26, 2016
Verified Purchase
His Dark Canvas by Alexandrea Weis is the third book in the Corde Noire series, and while all books could be read as standalone, it is really best to read them in order. There is an intriguing mystery looming over the first three books that is best set up by book one, Dark Perception. Each of these books has bits of paranormal and psychic elements that add to the flavor of the books and their setting of New Orleans.
I loved reading Ren and Ella's story. Ren has been an enigma in the past books. The semi-reclusive painter of bondage portraits has been a behind the scenes player in the first two books. He is a man with secrets and desires that even he doesn't realize.
Ella is a struggling chef with dreams of owning her own restaurant one day. However, she has a "gift" or a curse, depending on your view of her psychic abilities. With the touch of the hand, she can see the future and some images of the past, as well as spirits who refuse to leave. When Ren hires the young chef, she realizes that she harbors darks desires of bondage and sex. Thinking her an innocent, Ren tries to protect her, but has his own agenda for using her gift.
The verbal sparring between the couple draws the reader closer to their true characters. It is fun to read and on more than one occasion made me chuckle. Ella has a sharp tongue and wit to match. As with all books in this series, and by this author, the reader is transported to New Orleans and shown the spicy side of the city, especially the French Quarter. I can envision the streets and the characters in the city. No one shows the heart of New Orleans like Ms. Weis.
As always the pace and the plot are even and well designed, drawing the reader into the heart of the city and the story. The sex is as hot as Louisiana in August. I am anxiously awaiting the fourth book to see if the mystery of the missing Corde Noire member is solved.
Read more
One person found this helpful
Helpful
Report abuse

Kimberly Addison
5.0 out of 5 stars This series just keeps getting better....
Reviewed in the United States on August 29, 2016
Verified Purchase
Ella is a chef in New Orleans who also has the gift of being able to see peoples secrets whenever she touches them. That's why she is a chef, touching food is way less complicated than touching people. She gets an offer to be the personal chef to the elusive artist Ren Plancharde. But, Ren wants more than just Ella's cooking talents. What starts off as a strictly business relationship quickly turns into something dangerously addictive for both Ella and Ren. Can these two broken, stubborn, and complicated people actually find real love with each other? Read and see!

Ren and Ella's relationship is fraught with drama because they are both stubborn and cantankerous, but the heat between them sizzles and simmers and leaves you breathless. I love how they both give as good as they get. Oh, but there is so much more than sizzling hot chemistry and scorching sex scenes. This book also has a mystery weaved through out. Some new and very interesting characters make an appearance. I think Miss Cleo is going to be one to keep an eye on. She is an enigma wrapped in a mystery tucked into a puzzle box and I hope we get more of her story in the next book. I also enjoyed Jacobs, I can tell he has a story too! More pieces to the puzzle about Nathan Cole's disappearance fall into place, and of course he is still busy haunting and being a pain.

As alway the writing is so superb I feel like I am experiencing everything the characters are experiencing. The food is described so well I can almost taste it. The city is described so well I can feel the rain, smell the air, and see all the beauty that is New Orleans. Reading any book by Alexandrea Weiss is more than just reading, it's a sensory experience. That's the best way I can describe it. I can't wait for the next book in this series, the suspense is killing me!
Read more
Helpful
Report abuse

Mary
5.0 out of 5 stars Amazing
Reviewed in the United States on August 29, 2016
Verified Purchase
I love this author and I love this series.
I was very very curious about Ren , since we got a few glimpses here and there in other books of the series.
Ren is a peculiar individual, and very famous..and I wanted to know more!
Ella is a chef, hired by Ren, and a total newbie when it comes to Ren's club or any BDSM action but once she gets a taste she takes a certain liking to it.
As per this series, the mystery and suspense is there..And a certain someone that went missing and was never found, well it certainly complicates things, just like Ella's gift.
Read more
One person found this helpful
Helpful
Report abuse

Janna
5.0 out of 5 stars Ren and Ella
Reviewed in the United States on August 29, 2016
Verified Purchase
I was gifted this book for an honest review.
Right away I was hooked when I started reading this book. Ella is a chef and meets a mysterious man who's boss wants to hire her as personal chef. She agrees because the money is good and she is broke. She meets Ren her boss and he wants her to join his club. She then has to decide if she is suited for it and their love affair is smoking hot! I stayed up all night reading this book! If you haven't purchased it yet then you definitely should! You won't be disappointed!
Read more
Helpful
Report abuse

Tami Czenkus
5.0 out of 5 stars Dark Canvas
Reviewed in the United States on September 4, 2016
Verified Purchase
This series get even more interesting the more we get into the series!!! Nathan Cole will NOT go away and he is determined to bring his killer to justice, but he needs the assistance of those who have a gift.....
I loved finally hearing Ren's story!!! LOVED IT!
I look forward to seeing what happens next.
Read more
Helpful
Report abuse

BookLover23
5.0 out of 5 stars Great series
Reviewed in the United States on August 31, 2016
Verified Purchase
All the books have intertwined characters which makes me look forward to rereading the series when book 4 comes out. The story is original and the characters well written an easy to identify with
Read more
Helpful
Report abuse

Kindle Customer
4.0 out of 5 stars Mysterious and full of history:::
Reviewed in the United States on January 8, 2019
Verified Purchase
Well written , play very well situations with the characters ,to create the mystery and interesting story . Like others brooks. Recommended
Read more
Helpful
Report abuse

Becca
5.0 out of 5 stars Sigh
Reviewed in Canada on January 27, 2019
Verified Purchase
Yep wtf seriously... cliff hanger endings kill me Lol you can't just bam end it and leave me more unanswered questions. Dang it Alexandra I need to like sleep n stuff eh!!! And I know the answers are in the book awaiting me next in my library!!!

Once again, hooked from chapter one until the end, love the unpredictability in these books, many twists and turns that keep you reeled into every page and panting for the next book!
Read more
Report abuse
See all reviews
Back to top
Get to Know Us
Make Money with Us
Amazon Payment Products
Let Us Help You
EnglishChoose a language for shopping. United StatesChoose a country/region for shopping.
© 1996-2021, Amazon.com, Inc. or its affiliates