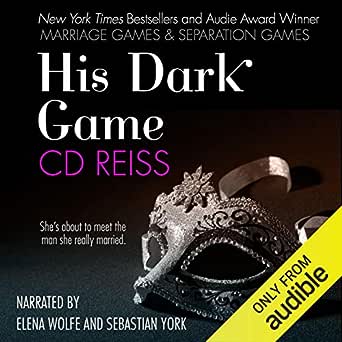 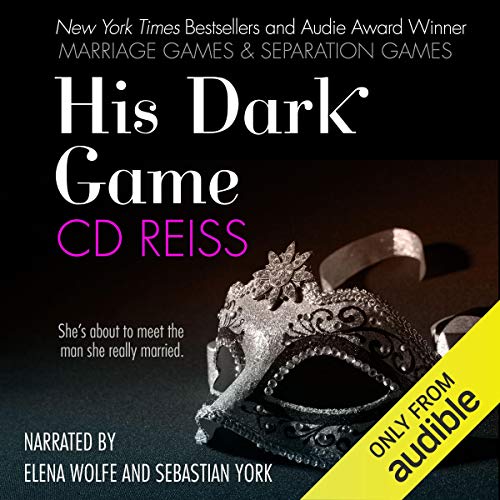 4.4 out of 5 stars
4.4 out of 5
99 customer ratings
How does Amazon calculate star ratings?
Amazon calculates a product’s star ratings based on a machine learned model instead of a raw data average. The model takes into account factors including the age of a rating, whether the ratings are from verified purchasers, and factors that establish reviewer trustworthiness.
Top reviews

Megan
2.0 out of 5 stars Meh
Reviewed in the United States on April 9, 2019
Verified Purchase
It’s kind of boring even though the plot was decent. Author repeats herself over and over and over again from the woman’s point of view. We get it, the h is confused about her being dominated & how it makes her feel. Enough already with the broken record stuck on repeat.
The dominant was way too whiny for being a dom. Sex scenes are vague and extremely non descriptive.
I feel like the author is embarrassed to write about the bedroom scenes. I’ve bought a couple of her other books and they’re all the same when it comes to time for the sex scenes...non-existent. I won’t be buying anymore.

Torie Inman
5.0 out of 5 stars Love this series!
Reviewed in the United States on May 8, 2018
Verified Purchase
Loved the premise of this book. Just plain loved it.

The story kicks off with Adam finding a note one morning telling him that Diana wants a divorce and their company. This book goes back and forth from past tense to the present. It tells you about how Diana and Adam met.

You fall hard for Adam. You see how much he loves his wife.

You feel the hurt, the anger, the frustration.

Adam tells her he will give her shares in the company in exchange for thirty days in a secluded cabin. He needs to show her who she really married.

B C Booklover
4.0 out of 5 stars Let's the Games begin 🤫
Reviewed in the United States on July 11, 2019
Verified Purchase
I have been wanting to read this 2 book set for so long, but knew they contained the premise of a marriage in turmoil and I was alittle afraid to see all the angst that was probably there. It was, but I liked it! I had to be in the right mood to read it and today was that day!

The question is- what happens when a person does a 180 degree turn and gives up everything they know themselves to be to love someone else? Adam was that man. He lived his adult life as a dominant who needed a submissive woman he could break, but not love. His wife, his only love, Diana, was not that woman, so rather than try to change her and most likely lose her in the process, he gave up his true self for her and loses himself instead. Only thing- she had no idea and would be horrified if she did.

The result of his sacrifice came back to bite him while their marriage and life together fell apart. What would he do to get his wife and happiness back? You'll have to read this duet to find out.

This is a long, introspective, character driven story that puts you right inside the minds of this couple. There are stretches of chapters dedicated to just Adam, then Diana, then back. Hearing their POV often made me want to scream but a good story will wring things from you, won't they? I could feel for both of them and it was hard to watch their mistakes sometimes. I wondered many times- how will this situation ever resolve itself? Can it???

This book has very descriptive, kinky sex scenes that some could find offensive so don't read it if this bothers you. C.D. Reiss has a unique style I love and doesn't do boring, that's for sure! She goes where that dark mind leads and I'm always glad to tag along for the wild and steamy ride.
Read more
5 people found this helpful
Helpful
Comment Report abuse

B. Roscoe
VINE VOICE
4.0 out of 5 stars Fantastic Story That Will Twist You Up Inside As You Watch The Dissolution Of A Marriafe And Root For It To Rebuild Itself On The Carnage!
Reviewed in the United States on June 23, 2019
Verified Purchase
Adam and Diana's story will grab you right away and keep you turning pages!

Adam, thirty-one, is a self-made man. He buys businesses and real estate, and has every intention of buying a failing publishing house at a great price and breaking it apart to sell off the pieces at a profit. Until he sees Diana.

Diana is twenty-three and heiress to the family publishing business. She dropped out of college when her mom got sick, and remained by her ailing father's side when her mother died. She was groomed to take over the business and has every intention of keeping it in the family.

When Adam wants to buy the company, Diana convinces him to build the company back up with her instead. Their attraction was instant, and one year later they married. But after five years together, without a hint of warning, Adam finds a note from Diana telling him their marriage is over.

Adam wants to either win Diana back or have the chance to get over his undying love for her, and she wants the Jag, the condo, and her family business. Those things mean little to Adam in comparison to his love for Diana, so he proposes games for her to earn them, which give him the time he needs with her.

This story unfolds by beginning with Adam's POV, then switching one third through to Diana's before ending in Adam's. A 50/50 split. It was nice to get deeply into one character's head, but by switching off and then back at the end, it allowed the reader to get immersed with each character while still seeing the marriage from both sides. Both were less than honest. Both failed to communicate effectively.

Trying to dissect what went wrong takes a good portion of the book, and the games take up the bulk of the rest. But in the games, there is a big tug of war. While Diana reconsiders her decision, Adam pulls away, and vice versa. This began to get old after a while, which is why I gave the book just four stars. I would have given it 4.5 if possible. I really wanted to give it five stars - it was that good!

I loved the character development. The story was complex, but somewhat realistic and not over the top, aside from the wealth (which wasn't flaunted) and the dom/sub scene.
Read more
4 people found this helpful
Helpful
Comment Report abuse

n.wilbais
5.0 out of 5 stars Their story was captivating!!!
Reviewed in the United States on August 28, 2018
Verified Purchase
I loved this book. I can't say that I always loved the main characters. Sometimes I loved the way they interacted and complimented each other's personality, but there occasions when I wanted to slap one or the other, or both for the way they treated each other and the choices they made. That is what made their story so captivating. They kept pulling me back and forth emotionally and the conflict made this story so much more. Please keep giving us the gift of your writing!
Read more
7 people found this helpful
Helpful
Comment Report abuse
See all reviews from the United States

Anari
5.0 out of 5 stars The BEST thing I have read to date.
Reviewed in the United Kingdom on July 23, 2019
Verified Purchase
I'm an avid reader and author of dark erotica. It's rare that a book will prevent me from sleeping and eating, so rare that this is the first time it has happened ever! I could not put this down for a second and my heart was in my mouth for most of the time. It's no secret that I love a feisty heroine, but Diana was perfect. Lots of fire, lots of heat, determined, outspoken... need I go on? Adam was the ultimate Dom, the perfect mix of implacable tyrant and sadist, but with just the right mix of humanity thrown in. This husband and wife pair are both a little damaged and tortured, and they light up the pages like you wouldn't believe.

Now off to read everything else Reiss has ever written!
Read more
Helpful
Sending feedback...
Thank you for your feedback.
Sorry, we failed to record your vote. Please try again
Report abuse

Karen D.
5.0 out of 5 stars Captivating, Raw, Truthful, REAL, AWESOME!
Reviewed in Canada on October 31, 2019
Verified Purchase
Love, love, love this book! She did it again! I was gripped by this story. Very hard for me to tear myself away from, when I had too. This series was all of it, captivating, raw, truthful, real & awesome! Fantastic storyteller! I loved the characters & their development from beginning to end!
Read more
Helpful
Sending feedback...
Thank you for your feedback.
Sorry, we failed to record your vote. Please try again
Report abuse