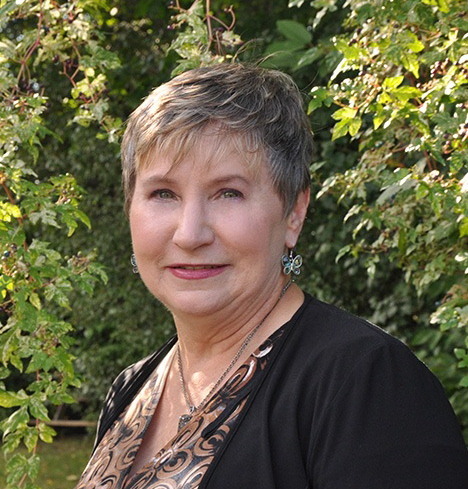 A sweet, heart-warming story about a fourteen-year-old boy who is forced to grow up fast--and how...In His Father's Footsteps is a coming of age story about courage, desperation, love of family, and a young boy's determination not to let fate take its course. It's fairly short, so I could read it in one sitting, but it's highly entertaining. A great read from an accomplished author. - Taylor, reviewer    4.6  stars

In His Father's Footsteps is touching and inspiring. It's the story of a young boy's quest to prove himself to his father and to himself....Irwin's character development is superb as always, and her story has a ring of truth. I found myself fascinated with Jason's adventure and felt like I was right there with him. - Regan, reviewer   4.5 stars

A welcome change from trendier teen fiction.
Irwin brings animals and hazards on stage, their presence being more convincing than the contrived plot twists in other teen novels. Jason's endurance, skill, heroism are a result of his knowing survival skills which young readers could learn. Youths raised on vampires, wizards and futuristic technology would be surprised what Jason achieves with "low tech" old-fashioned equipment. With juvenile fiction dominated by speculative fiction, Irwin's novel stands out for its realism.
Highly recommended.     Ruth Latta, CM Magazine

One swipe of those deadly claws and he'd be a goner...

Jason crept to the edge of the woods and paused behind a large walnut tree to scan the clearing. About thirty feet away, three cougar cubs played in the tall grass. Their small round heads and bodies were covered with fluffy gold fur. Dark irregular markings interrupted the gold. Their tails ended in large black dots. Scuffling and leaping, they butted heads, batted front paws, nipped away bits of fur, all the while growling ferociously. He watched the cubs play. So much like the kittens at home, but these kittens had sharper, longer teeth, and razorsharp claws. A swipe from one of their cute paws could easily damage human or beast. Thinking of their claws made Jason realize other dangers. How could he be so stupid? Busy watching the cubs, he'd forgotten about their mother. She had to be close. She would never wander far from her cubs unless they were safely tucked away, free from harm, not out here in the open. Staying behind the tree, he scanned the meadow. Where was she? As if on cue, he heard a rustling in the trees across the clearing. A large, round, khaki-colored head rose above the long grass. Jason gasped. The powerful cougar seemed to be staring straight at him. Then slowly, gracefully, the head turned. Fluid yellow eyes swept the area in a lazy arc. Jason hid behind the walnut tree. His heart raced, a lump blocked his throat. Had she seen him?
Start reading In His Father's Footsteps on your Kindle in under a minute.

Angels R Kids/Furkids
5.0 out of 5 stars Great Read!!
Reviewed in the United States on April 22, 2013
Jason and his father have been growing apart the last few years, but that doesn't mean that Jason isn't concerned when his Dad doesn't come home from a prospecting trip around the time he promised he would be back. Jason, being the eldest boy of 14 years old, knows it is up to him to make the trek to his Uncle's house to see if his Dad is there or if his Uncle has seen him. Jason figures if nothing else, his Uncle can then go with him to find his Dad. Surprise is the word when Jason gets to his Uncle's house and finds that he has a broken leg and can't help him at all. Jason must go it alone, a long and dangerous trek to his Dad's old cabin in the woods. He knows it will be a long and hard time of it, especially since he hasn't been there for years. He has the company of an old gold dog though. He seems to be following Jason, not too closely, but isn't too far off either. Jason is an animal lover and has a way with them, so he hopes to befriend the dog along the way too. Jason is put to the outdoors-man's test through his journey to the cabin that's for sure. Will he make it to the cabin to look for his Dad? Will his Dad be there and be okay? What will he do if things take a turn for the worst and he gets lost or hurt himself? How will he travel back home again?

This was a bit of a different read for me. It was a mystery, but in a wonder what will be the outcome, kind of way instead of a "who done it" way. I found it a refreshing, easy, and quite entertaining read. The descriptiveness used in the writing of this book is absolutely amazing, I felt like I was making the life threatening trek right beside Jason. I could feel the emotions of Jason through the writing also, it was as if I was part of him. I think all teens are like Jason at some point. Think they don't need parent time much because their friend time seems so much better, but in the end all teens learn that parent time may not be so bad after all. I picked up this book one night and read it until I just couldn't stay up any longer reading. Then I picked it up the next morning and didn't put it down until I had finished the book. I almost felt like the longer I took to read it, the longer Jason's journey would be. Silly, but because I felt like part of the journey, it's how I felt. The characters were great, even though you may not see much of some of them, they still are able to make an unforgettable impact on the reader. Also, because Jason is the main character and the one you follow the most, I left this book feeling like a best friend of his. He is such a brave boy, even though he isn't sure he can be. I also loved the character of Trapper, the shy and distrusting dog, that seems to take to Jason and wants to follow him to protect him in some way. As an animal lover myself, I can totally appreciate Jason's feelings about the dog and wanting to help him and feed him if he can. This was just a great read and I would recommend it to anyone looking for a quick and easy read that you just can't put down because it's so good. Once again this author amazed me and I am so glad I got to read this book!

Monica F
4.0 out of 5 stars My Review
Reviewed in the United States on August 12, 2013
This is a coming of age tale for Jason who lives in a rural area, and his family lives off the land. His father is late coming back from prospecting for gold, so Jason takes it upon himself to find him.

There are a number of outdoor activities that are bypassed or glossed over; however, this is not a survival or how-to book and the gruesome details, in some cases, are simply not needed for this sort of tale.

The characters are authentically written, though we primarily stay with and see through the eyes of Jason. The writing is crisp, vivid, and delightfully descriptive.