You've subscribed to Brazen Brides! We will preorder your items within 24 hours of when they become available. When new books are released, we'll charge your default payment method for the lowest price available during the pre-order period.
Update your device or payment method, cancel individual pre-orders or your subscription at
Your Memberships & Subscriptions
There was an error. We were unable to process your subscription due to an error. Please refresh and try again. 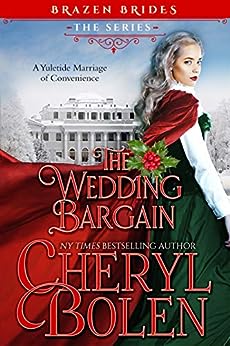 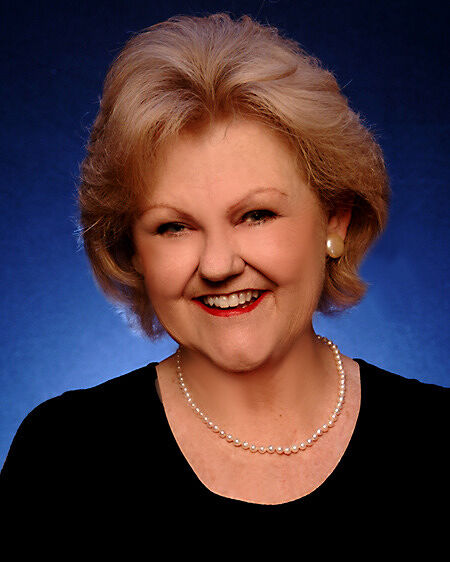 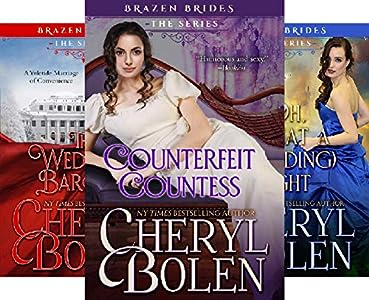 4.4 out of 5 stars
4.4 out of 5
275 global ratings
How are ratings calculated?
To calculate the overall star rating and percentage breakdown by star, we don’t use a simple average. Instead, our system considers things like how recent a review is and if the reviewer bought the item on Amazon. It also analyzes reviews to verify trustworthiness.
Top reviews

Whoever
1.0 out of 5 stars Oh, not fair! Changed one word of the title and collected another $5
Reviewed in the United States on July 24, 2016
Verified Purchase
This book was published in 2005 as "One Golden Ring" and I bought it and read it years ago on my Kindle. Now Bolen, who's one of my favorite authors, reintroduces it as "His Golden Ring" in both ebook and paper and nowhere in the description does it say this is not a new book; because the title is different, Amazon didn't give me the notification that I'd already bought the book. The mystery deepens: "One Golden Ring" is also being sold for Kindle under the original title and the paperback will be reissued in December. Bolen's website shows the new cover with the old title. The same thing is happening with the next book in the series; it was originally called "Lady Sophia's Rescue" but has been changed and expanded, as well as renamed, according to a note on Amazon. What are they thinking? This is no way to satisfy readers. At least it's still within the time limit to get my money back for this new old book.
Read more
65 people found this helpful
Helpful
Report abuse

aly
2.0 out of 5 stars A 4 star story !
Reviewed in the United States on September 23, 2018
Verified Purchase
So yes, I would recommend this book. A good plot with likable and genuine characters . Would have liked more development at the end. Perhaps a proper epilogue. It was a smidge quick . This story hinges on a ransom that becomes 25,000 guineas after it had been 25,000 pounds. I believe that's a difference of 25,000 shillings more. There are small things like wrong words, misspelled words and missing quotation marks. Then there are the anachronisms. And these from a writer of Regency romance. Frock coats were not worn during this time. They came into use during Victorian and Edwardian eras . See wikipedia . Ladies' drawers and other undergarments I would refer you to Donna Hatch who has a regency glossary and articles on this subject. If you use the dictionary for the word 'luscious', you will find it originates in the mid 1800s, too late to be used in regency London . I can't help but wonder at the use of the term 'mews' at a country estate instead of 'stables'. And as another reviewer pointed out, where was the chaperone for Verity while riding horseback in Hyde Park every morning ? Also at Vauxhall at night? Who would allow her to leave the group and walk down a path with a Baron? Her sister-in-law is Lady Fiona who would know better.

Now some of these things may sound picky and small, but according to a couple of earlier reviews this book has been around since 2005 with the name changed. In thirteen years if the book can get a new name, I figure it can get a new proofreader and a new editor so for that I deducted a star.
Read more
22 people found this helpful
Helpful
Report abuse

Kay Hudson
5.0 out of 5 stars Regency Romance
Reviewed in the United States on January 8, 2016
Verified Purchase
In One Golden Ring, Cheryl Bolen visits one of her favorite situations, the marriage of convenience. When Lady Fiona Hollingsworth learns that her brother is being held for ransom by Spanish bandits, she decides that the only collateral she has with which to raise 25,000 pounds is herself, and her status as the daughter of an earl. Even though her late father left a near-worthless estate to her missing brother, she knows her own value as a member of the ton. So she approaches extremely wealthy businessman Nicholas Birmingham, offering marriage and social standing in exchange for her brother’s ransom.

At first thought, Nick Birmingham rejects the idea of marriage, although he is willing to loan, or even give, the ransom to the lovely Lady Fiona. Known as the Fox of the Exchange, Nick spends his days making money and his nights with ladies who are not Ladies. But when his brother Adam tells him he’s a fool to reject the marriage, Nick begins to realize just how attracted he is to Fiona, and accepts her offer.

Fiona and Nick are each cautiously pleased to find how well they get along, in the bed chamber as well as in the drawing room. But convenience does not equal confidence, and both have their reservations. Fiona believes that Nick has married her only for her social status (that was the agreement, after all), and knows about his recent mistress. Is her husband still seeing the pretty actress? And why won’t Nick discuss his business activities with her?

Nick believes Fiona has married him only for his money (that agreement, again), and that she is still in love with the earl to whom she was once engaged, before he married another woman (in Bolen’s The Counterfeit Countess).

Tensions build over differences in social standing as well as more practical matters. Can Fiona accept Nick’s young illegitimate daughter? Will her snobbish brother forgive her for marrying the businessman who provided his ransom? Can Nick rescue his own brother from peril? And what will happen when Nick’s shy sister discovers the true identity of the man she’s met in the park?

Bolen pulls all the threads together in a delightful story of two people who are just a little too restrained to admit to their unexpected love for one another, so obvious to all those around them, in a most enjoyable Regency romance.
Read more
20 people found this helpful
Helpful
Report abuse
See all reviews

Kindle Customer
5.0 out of 5 stars Another enjoyable gem from Ms Bolen
Reviewed in the United Kingdom on November 29, 2020
Verified Purchase
I have been a fan of Cheryl Nolan for years and thoroughly enjoy her books. This is great story, well written with characters who have depth. I can't wait to read the next book in the series.
Read more
Report abuse

jules@weymouth
5.0 out of 5 stars A page turning, heart warming, tale twisting historical romance!! 11/10!!!
Reviewed in the United Kingdom on June 25, 2017
Verified Purchase
Well done and thank you Cheryl. I loved the follow on story of dear Fiona and her brave decision to wed. I also love that your books are so much more than just a fluffy romance. There is intrigue, politics, twists and turns and not one but two passionate dalliances that have their share of misunderstandings. A real page turner and heart warmer at the same time.
Read more
Report abuse

Santessa
4.0 out of 5 stars Good read
Reviewed in the United Kingdom on September 28, 2018
Verified Purchase
I really enjoyed this book. Was just a little disappointed by the ending. Don’t get me wrong, it was a nice ending to the story, I just felt it was a little rushed compared to rest of the book. But it won’t at all put me off reading the rest I the series.
Read more
Report abuse

Frangipan
5.0 out of 5 stars Good!
Reviewed in the United Kingdom on November 20, 2019
Verified Purchase
A couple of tiresome Americanisms at the beginning dismayed me, but either they petered out or the plot was too interesting for me to notice.
Read more
Report abuse

DD
4.0 out of 5 stars this is reissue of one golden ring
Reviewed in the United Kingdom on July 15, 2019
Verified Purchase
again a reissue of a book with no mention on the website or book.
good book, continues on from great start of series. worth a read this series is to be recommended
Read more
Report abuse
See all reviews