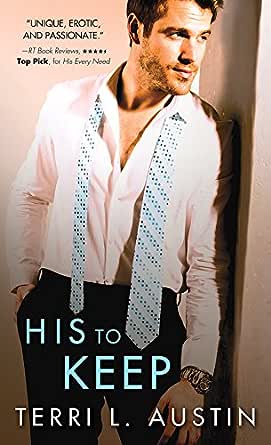 You've subscribed to Beauty and the Brit! We will preorder your items within 24 hours of when they become available. When new books are released, we'll charge your default payment method for the lowest price available during the pre-order period.
Update your device or payment method, cancel individual pre-orders or your subscription at
Your Memberships & Subscriptions
There was an error. We were unable to process your subscription due to an error. Please refresh and try again. 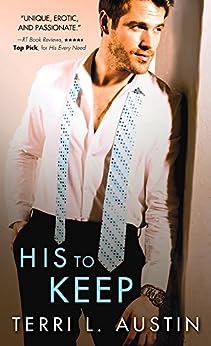 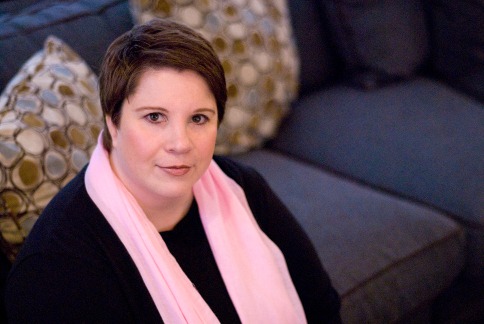 His to Keep (Beauty and the Brit Book 3) Kindle Edition 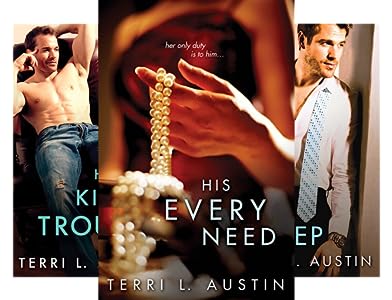 "Austin's Beauty and the Brit series is a phenomenally inventive, consistently surprising series, and this third installment might be her most challenging-and most rewarding-to date. Though her hero initially comes off as oafish, as he and his introverted heroine bring out each other's true colors, he becomes a sympathetic, conflicted character, while the heroine's developing strength and impressive self-assurance are a pleasure to watch unfold. Their chemistry develops into something utterly incendiary, but it is their personal connection and evolving bond that make this book unforgettable and a steamy, scandalous treat." - RT Book Reviews, 4 Stars --This text refers to the mass_market edition.

As a girl, Terri L. Austin thought she'd outgrow dreaming up stories and creating imaginary friends. Instead, she's made a career of it. Now she writes steamy contemporary romance and mysteries. She met her own Prince Charming and together they live in Independence, Missouri. --This text refers to the mass_market edition.

Last, but certainly not least in the Beauty and the Brit series is Brynne Campbell’s story. The youngest of the Campbell sisters, Brynne is the most introverted, shyest, and most insecure of the Campbell girls. Though Brynne is extremely good at her job, she allows her worthless boss to take advantage of her and can’t seem to say no when anyone asks her to take on some of their work. Brynne knows she is a sucker but she just can’t seem stop helping people even if it causes her discomfort. Which is exactly how Brynne feels when she is forced to work with Ian Chapman. Totally. Completely. Uncomfortable.

Iain Chapman is a driven man and makes no apologies to anyone for his behavior, attitude, mouth, or actions. When Iain wants something, it happens and it makes no difference at all who he has to steamroll over to get what he wants. He has managed to suppress most of his own feelings which in turn means he has no clue about the feelings of others. Nor does he care. As far as Iain is concerned, everyone is expendable. Enter Brynne Campbell, the only one of the Campbell sisters who is still single and the only one who can get Iain what he wants, access to Brynne’s brother-in-law, Trevor. Iain has big plans for the future of his business and he needs Trevor’s backing and money to make the dream a reality. In typical Iain fashion, Brynne is meant to be nothing more than a means to an end and if he gets to shag her, all the better.

Until he meets Brynne Campbell. Brynne is delicate, shy, intelligent, stunningly sexy, and the exact opposite of every woman Iain has ever shagged. Though she is clearly uncomfortable in his presence, Brynne has a job to do and she takes her work very seriously. If Iain could shut down his ginormous ego long enough to listen to her, Brynne might actually be able to make some positive changes in both his professional and personal life. In fact, if Iain can manage to be even the slightest bit respectful, he may get to see all of Brynne in a way that no other man ever has. The longer Brynne is in his presence, the more Iain likes her and for the first time in his life, he actually feels bad about his behavior and plan to use someone.

Brynne is at once completely turned off and completely turned on by Iain Chapman. He is brash, loud, uncouth, unapologetic, and domineering. The first four of those characteristics fall squarely into the character flaw column while the fifth falls right on into the completely intriguing, totally surprising, and super-sexy column. Well, what to do with that??? Turns out, Brynne decides to explore that domineering side of Iain and the results are explosive. The sexual chemistry between Brynne and Iain is absolutely off the charts and the deeper they delve into the sexual side of their relationship, the more emotionally attached they both become. While Brynne decides to embrace the good, Iain has to deal with his hidden agenda and how he will keep the awful from Brynne. If she were to find out . . . .

The Bottom Line: WOOOOOO! True to form and true to the series, His to Keep has a sexy Brit, a Campbell sister, a lot of crazy, some seriously hot naughty bits, and a story that has a blatant disregard for your commitments the following day. Yes, I stayed up way too late to finish this book and have not a single regret, not one. I have thoroughly enjoyed all three books in this series and love how interwoven all three books really are. The Campbell sisters are absolutely connected to one another, each sister finds a hot Brit (living in Vegas not less!), and each sister must overcome serious personal issues in an effort to find their HEA. The men are much the same in that they each have their own personal drama to sort through and each totally screws up his relationship before getting to his own HEA.
Read more
Helpful
Comment Report abuse

AnonReader
5.0 out of 5 stars Fabulous end to the trilogy!
Reviewed in the United States on March 6, 2016
Verified Purchase
The entire series was amazing and His to Keep was fantastic. Great story. Great pace. And characters that you could care about. I couldn't put the book down and yet I was sad when it was over. Definitely recommend.
Read more
Helpful
Comment Report abuse

Lolo Allen
5.0 out of 5 stars His To Keep
Reviewed in the United States on May 6, 2016
Verified Purchase
Excellent reading totally enjoy reading books by Terri Austin....including five stars for His Every Need and Trouble!!! They are worth reading...enjoyed them all. Couldn't put the books down
Read more
Helpful
Comment Report abuse

wizkids32
5.0 out of 5 stars His to keep Awesome book
Reviewed in the United States on March 14, 2016
Verified Purchase
Loved it totally awesome book loved how Brynne and Liam got together and the twist and turns also how she got her grove back and fell in love with a great guy
Read more
Helpful
Comment Report abuse

MelissaLeslie
5.0 out of 5 stars Read this series!
Reviewed in the United States on March 29, 2016
Verified Purchase
Love when I get 3 or more books in the Sam e series. Seeing Brynn all grown up was a treat!
Read more
Helpful
Comment Report abuse

Spectrum
3.0 out of 5 stars Three Stars
Reviewed in the United States on March 6, 2016
Verified Purchase
Really predictable. The first book was by far the most entertaining.
Read more
Helpful
Comment Report abuse
See all reviews

Mrs. Sharon Roberts
5.0 out of 5 stars Great book
Reviewed in the United Kingdom on March 11, 2019
Verified Purchase
I’ve read all the Beauty and the Brit books but this was my favourite by far. Loved Iain’s personality and laughed out loud at some of his conversations. Maybe it’s because I come from Manchester UK too. The only anomaly I found in the book was with some of the regional dialogue. In the North West of England we do call people ‘love’ whether we know them or not but several times Iain refers to Brynne as ‘pet’. That is very definetly from the North East (Newcastle) area. You may get called ‘hen’ in the area of Derbyshire! It’s just how regional dialects are in the UK. I was sorry when I got to the end and I don’t say that about a lot of books. Well done Terri L Austin.
Read more
Report abuse

Amazon Customer
5.0 out of 5 stars Five Stars
Reviewed in the United Kingdom on March 19, 2016
Verified Purchase
Brilliant could not put book down
Read more
Report abuse