You've subscribed to History by Country Timeline! We will preorder your items within 24 hours of when they become available. When new books are released, we'll charge your default payment method for the lowest price available during the pre-order period.
Update your device or payment method, cancel individual pre-orders or your subscription at
Your Memberships & Subscriptions
There was an error. We were unable to process your subscription due to an error. Please refresh and try again. 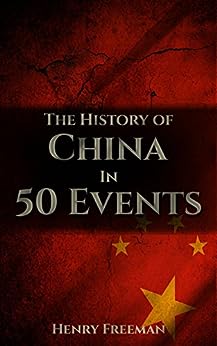 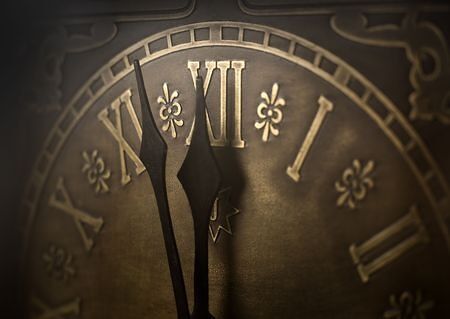 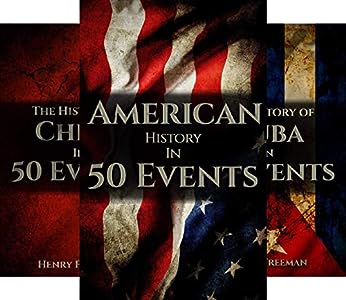 4.2 out of 5 stars
4.2 out of 5
285 global ratings
How are ratings calculated?
To calculate the overall star rating and percentage breakdown by star, we don’t use a simple average. Instead, our system considers things like how recent a review is and if the reviewer bought the item on Amazon. It also analyzes reviews to verify trustworthiness.
Top reviews

Steve S.
VINE VOICE
1.0 out of 5 stars Not worth the time
Reviewed in the United States on May 17, 2020
Verified Purchase
I should have given it no star but I have to give it something to write a comment. I was only into the first chapter and there is so many error and misconception that it is not worth my time to read any more.
1. It is not confirm that the man migrated to the China. So the statement of people moving to China may be wrong. There is no mention of the Peking Man or Beijing Man. An early discovery of human in the area. not to mention there is also newer archaeological finding in North east. You can say there is evidence of human inhabiting in that area but I see no evidence of any migration from west to east to the area. If there is that evidence, mention it or at least put a footnote on it so it can be supported.
2. The great flood prior to Xia dynasty is the result of the yellow river and Yantse river changing course and flooding, That would have beent the major event and Xia Yu working to contain and relief the flood resulted in the Xia dynasty. Glossing over it and similar treatment of Sheng dynasty and jump to Zhao dynasty is really gloss over.
3. The height of Zhao dynasty is not during the time of Confucius and the era in Chinese call (Spring and Autumn) The height of Zhao is hundreds of year before that period. That era is actually during the decline of the Zhao dynasty. which lead to the eventual warring period.
4. Lao Tze is one of the scholar out of the hundreds during that Spring and Autumn era. Their study resulted in today’s Taoism. They advocate doing nothing to let the natural course takes its way. Everything is natural and the natural rhythm, course of action has already been preset. That has nothing to do with Sun Tze which has a totally different philosophy.
3. The art of war is a book result of the thinking and accumulation of knowledge in how to win a War. It is writter in the Warring period. In that time when everyone can be drafted to serve the military and China is carved by ambitious war lords that only want a extravagant live just like Europe during 15 to 18 century. The book is not design to dovetail into Lao Tze. Lao Tze is more of a philosophical study. Sun Tze is straightly military. Its thinking is so advance it dwells into human thinking and how to govern a country so that everyone takes ownership and act to support the country.
4. When the book cannot even get the name of the First Emperor right. I gave up reading any more. His name is Yeng Zeng 贏正, Not Zhao Zeng。If the author cannot even get this simple fact correct before writing the book. It is not worth my time reading it. I should have given it no star!
Read more
8 people found this helpful
Helpful
Report abuse

Alastair Browne
4.0 out of 5 stars A Short and Concise History of China
Reviewed in the United States on February 28, 2016
Verified Purchase
I have been requested to read and do a review of this book.
If you have read about China in the news lately but are not familiar with who they are, this book will give a good introduction to Chinese history, culture, and can, in a way, get you to understand their side of the story in international relations. To understand a country, read its history and know its culture.
This book covers 50 different times from their earliest settlements back in the Stone Age, to their gathering of tribes and cultures, eventually forming one civilization. This includes all their dynasties, their conflicts with the Mongols, including the infamous Ghengis Kahn, his grandson Kublai Kahn who ruled China, to the decline of their dynasties leading to the democratization of the country in the early 1900s, the succession over to Chaing Kai-Shek and Mao Zedong, to it reemergence as the industrial power we see today.
Its inventions are covered, such as gunpowder, the invention of paper, the compass, and printing. China’s invention and culture has contributed greatly to the rest of the world.
China did have contact with the Roman Empire and established trade with them on the famous Silk Road.
Britain forcefully opened up China to the world, got them addicted to opium, and with the Opium Wars, China ceded Hong Kong to Britain in the 1840s, beginning a century of humiliation as China decline as a power and dominance by the West, and later Japan.
These facts answer the question on why China is as aggressive as it is today. They are regaining their identity and confidence as a world power, and wants the rest of the world to know that are a strong country, are here to stay, and will no longer be pushed around, by anyone.
This are just a few of the factors that made China what it is today. China is the oldest continuing civilization in the world. You might say that it is the oldest country in the world, and with that, have the most experience of any country in its relations with its own people and the rest of the world. With their age, their culture, and their history, the rest of us are but children compared to them, from their point of view. They also want to regain everything they have lost, which explains their stand amongst their neighbors in Asia.
Every chapter is brief and to the point, but they are also informative, so this book is not boring by any means. They are short and in chronological historical order, so you get to understand the major events in their history which made it what it is today.
Read more
12 people found this helpful
Helpful
Report abuse
See all reviews

Gian Andrea
2.0 out of 5 stars Bit of this, bit of that. Nothing too serious
Reviewed in the United Kingdom on April 3, 2020
Verified Purchase
As much as I'm passionate about China's history, and I always welcome any new work that can introduce people to this great culture that had such a powerful impact on the whole world, this book just simply does not live up to the expectations of the title.
Rather than 50 crucial events that shaped China's history, you get some interesting, yet disjointed information about China's past, peppered with typos, extremely bad editing, and statements that are simply not true.
All rushed and done in less than 50 pages.
Too bad, really.
Read more
2 people found this helpful
Report abuse

andrewmartin172
1.0 out of 5 stars Superficial research
Reviewed in the United Kingdom on December 19, 2018
Verified Purchase
It would be unreasonable to expect in depth analysis in a book of this nature, but at times it was little more than a rehash of tourist information leaflets. A trivial example perhaps, but no, the Great Wall cannot be seen from space as it is only a few feet wide (without the use of a spy satellite at least). More importantly, the Chinese government has been busy rewriting the country's history (nothing unusual there) and it is important for a writer to distinguish between fact and fiction.
Read more
2 people found this helpful
Report abuse

Debbie
5.0 out of 5 stars Excellent Author
Reviewed in the United Kingdom on April 16, 2020
Verified Purchase
Really interesting book and feel that I have learned a lot; definitely inspires further reading. This book is good for beginners but still provides plenty of detail and analysis, extremely well written, thoroughly enjoyed it
Read more
One person found this helpful
Report abuse

Simon Smith
5.0 out of 5 stars Excellent Summary Of Chinese History
Reviewed in the United Kingdom on June 8, 2020
Verified Purchase
Just what I needed for my research. And for free too ! Many thanks to Henry Freeman...

noddy
2.0 out of 5 stars a lot of history packed into 41 pages, hmm
Reviewed in the United Kingdom on April 15, 2021
Verified Purchase
well there was certainly a lot of history packed into 41 pages. I found it jumped around a bit and it didn't really flow. Wasn't too sure about the viewpoints on some of the events covered either.
Read more
Report abuse
See all reviews