Add to Cart
$13.98
+ Free Shipping
Sold by: Mortuus Books
Have one to sell?
Sell on Amazon 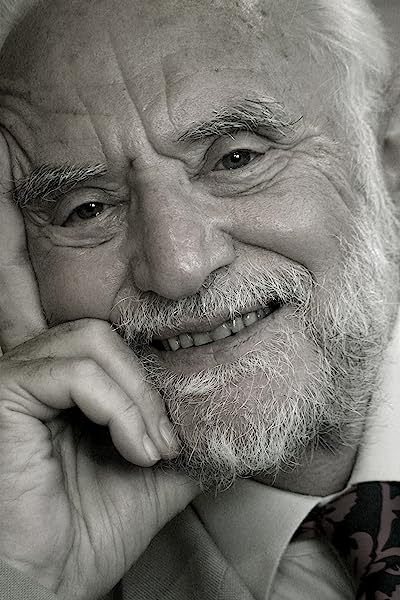 Start reading The Oxford Shakespeare on your Kindle in under a minute.

3.8 out of 5 stars
3.8 out of 5
26 customer ratings
How does Amazon calculate star ratings?
Amazon calculates a product’s star ratings based on a machine learned model instead of a raw data average. The model takes into account factors including the age of a rating, whether the ratings are from verified purchasers, and factors that establish reviewer trustworthiness.
Top Reviews

Richard Crowder
1.0 out of 5 stars Buy the paperback, not the e-book
Reviewed in the United States on April 17, 2018
Verified Purchase
The play, of course, is a masterpiece. My complaint is with the Kindle edition, which shows blocks of text alternating with blocks of notes—as if the page spreads had been scanned in and the results not shown as spreads—very confusing. Buy the paperback.
Read more
2 people found this helpful
Helpful
Comment Report abuse

Prince_Farmer
2.0 out of 5 stars Bad format
Reviewed in the United States on April 10, 2015
Verified Purchase
The format makes it very difficult to read on kindle since footnotes are everywhere.
Read more
2 people found this helpful
Helpful
Comment Report abuse

T. Newell
4.0 out of 5 stars Informative
Reviewed in the United States on June 24, 2008
Verified Purchase
The OXFORD is a great source. What the ARDEN'S may not touch on, these do, and thus, shed more light on the subject at hand.
Read more
8 people found this helpful
Helpful
Comment Report abuse

DCH
5.0 out of 5 stars The rewrite of Shakespeare's King Lear
Reviewed in the United States on April 8, 2013
Verified Purchase
The staging of King Lear that Samuel Johnson admired over the sad thing that WS wrote. It's great that you can lay your hands on this so easily!
Read more
One person found this helpful
Helpful
Comment Report abuse

an acquaintance
5.0 out of 5 stars Perhaps Shakespeare's greatest work?
Reviewed in the United States on November 6, 2012
The merits of this masterpiece are unassailable, so I will focus instead on the edition itself. As in others of the Oxford Shakespeare, the text is abundantly supplemented with on-page notes, making for convenient and enjoyable assistance, particularly in aid to understanding archaic terms or unusual grammatical structures. In addition there is the excellent, lengthy Introduction. The paper is thick enough to endure multiple readings and frequent use. These newly reprinted (2008) volumes of the series are wonderful.
Read more
7 people found this helpful
Helpful
Comment Report abuse
See all reviews from the United States

Ron G
5.0 out of 5 stars Fascinating
Reviewed in the United Kingdom on January 28, 2019
Verified Purchase
This is Nahum Tate's adaption of King Lear, and what he thought of as an improvement ! It is definitely not Shakespeare, but it is well worth reading to see what writers and audiences wanted by the end of the 17th century. Spoiler alert - it has a happy ending !!! But to be fair to Tate, his play does have a kind of logic to it - it is not a completely random bodge up of Shakespeare; and of course, Shakespeare was adapting an earlier "Leir" that was a comedy with a happy ending. If you are interested in Theatre history and particularly Shakespeare theatre history, you will find this fascinating.
Read more
Helpful
Sending feedback...
Thank you for your feedback.
Sorry, we failed to record your vote. Please try again
Report abuse

Jon Chambers
5.0 out of 5 stars An alternative take
Reviewed in the United Kingdom on December 19, 2010
Verified Purchase
We students of the 70s and 80s didn't realise how relatively simple things were back then (from a textual point of view, anyhow). Nowadays, when it comes to some of Shakespeare's seminal works, it isn't so much a question of which play we're studying as which version of the text. As Wells tells us in his introduction, the 'conflated' editorial tradition of combining the two early sources of 1608 (Quarto) and 1623 (Folio) was begun by Lewis Theobald in 1735 and followed right up until 1986. Wells himself was one of the series editors of the groundbreaking Oxford Collected Works of that year. This volume presented two different versions of King Lear, one based on the Quarto, the other on the Folio.

The thinking behind this illustrates changing attitudes. The Quarto is now seen as an early, working version of the play, not a 'corrupt' or 'unauthorised' one. The Folio meanwhile is viewed as a revised version, by Shakespeare or Shakespeare's company - the product of several years of performance, adaptation and rethinking. Wells bases this single-play Oxford Shakespeare on the Quarto, not because it is a superior text, but because his main rivals (ie Arden and New Cambridge) base their editions on the Folio. This fact alone makes Wells' version worth serious consideration.

Another advantage of this edition is that it includes The Ballad of King Lear. Although published in 1620 (ie some fifteen years or so after the play's composition) it might just cast light, Wells argues, upon some aspects of the play's early stage history. Moreover, here as elsewhere, The Oxford Shakespeare is alone in providing an index of unusual words and phrases used in the play. This excellent innovation helps the reader find the passage they're looking for without the need for a computer search.

Despite unpromising beginnings ('Once upon a time, probably in 1605, a man called William Shakespeare, using a quill pen, wrote a play about the legendary King Lear ...') there are, in fact, many reasons why students might want to opt for this particular Lear. Not least, because it skilfully introduces us to a wealth of critical ideas about the play. One of a modern editor's main tasks is to help us sort out the wheat from a mountain of chaff, and a selection of the more influential and important thinking on Lear is neatly summarised in the Introduction. Two bibliographies offer scope for further, independent analysis, while Wells himself is especially illuminating on the play's language and structure.

Excellent editions of King Lear are already out there, especially those by RA Foakes and Jay L Halio. But this one manages to offer something new and stimulating.

Pilot
5.0 out of 5 stars Well done!
Reviewed in Germany on May 31, 2013
Verified Purchase
I simply like Oxford's Shakespeare editions for the very reason that they provide all the information required to get a first idea of the play, its context and themes. In the case of "King Lear", the Oxford Edition is based on the older Quarto text (whereas most other editions, including Arden, are based on the Folio) which, in some cases, differs from the Folio edition. Nevertheless, Wells' introduction is very well written - all you need as a starter for "Lear"!
Read more
2 people found this helpful
Helpful
Sending feedback...
Thank you for your feedback.
Sorry, we failed to record your vote. Please try again
Report abuse
Load more international reviews

gras
5.0 out of 5 stars Quarto King Lear
Reviewed in France on January 30, 2016
Verified Purchase
Very useful reference book. The notes in the introduction are very readable and informative. I prefer the Quarto version to the Folio, but if you don't this book is still a very compelling introduction for the Folio version of the text.
Read more
Helpful
Sending feedback...
Thank you for your feedback.
Sorry, we failed to record your vote. Please try again
Report abuse
Load more international reviews

Mike
1.0 out of 5 stars Problems with Kindle Edition
Reviewed in the United Kingdom on December 8, 2012
Verified Purchase
Obviously there is nothing wrong with the play or this edition. However the Kindle format is useless. It display of the play text is confusing and jumbled with the notes throughout the play (I also had the same problem with a Kindle edition of Coriolanus). Therefore stick with the paperback until Amazon can get its act together and work this one out (N.B. becoming increasingly disillusioned with the Kindle)
Read more
2 people found this helpful
Helpful
Sending feedback...
Thank you for your feedback.
Sorry, we failed to record your vote. Please try again
Report abuse

ashika1009
1.0 out of 5 stars BEWARE ELITE DIGITAL WHEN BUYING THIS BOOK!
Reviewed in Japan on November 1, 2009
Verified Purchase
I strongly recommend the potential buyer to not do business with ELITE DIGITAL. I purchased the same book and specifically ordered a new book. What ELITE DIGITAL sent me was a book in poor condition. It even had an OUP stamp (Oxford University Stamp) on the pages convincing me that ELITE DIGITAL had sold me perhaps a sample copy not for sale. I contacted ELITE DIGITAL and the company agreed the book was not new! So, I get the option of getting 33 percent off of a book I did not order (I ordered new) OR I get the pleasure of returning the book through the post office and waiting another several weeks for a new book. I am too busy for this nonsense! As it is the flawed product was delivered several weeks late anyway! So, I warn potential buyers out there to be careful about purchases with ELITE DIGITAL. I found nothing elite or digital about ELITE DIGITAL!
Read more