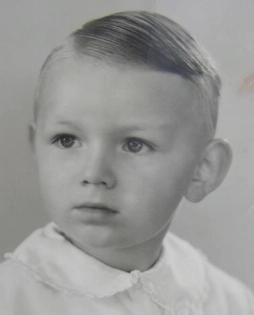 Piero Scaruffi has been researching the history of modern music for almost 40 years. He started writing about music as a teenager and has never stopped. His website pioneered music journalism on the Internet. He has published several books on rock music, jazz music and avantgarde music. His poetry has been awarded several prizes. He also has a parallel career in the sciences. He has traveled to more than 120 countries and is a member of several humanitarian organizations.
Start reading A History of Rock and Dance Music Vol 1 on your Kindle in under a minute.

C. Robinson
2.0 out of 5 stars Highly idiosyncratic and poorly edited history of first songs by artists, especially ones you've never heard of.
Reviewed in the United States on March 5, 2010
Verified Purchase
Make no mistake, these volumes are Piero Scaruffi's highly personal and idiosyncratic history of rock and dance music. That would be fine, and one might benefit from his take on music (and he has listened to a lot of music), except for his own personal writing style. The book has all the disadvantages of an independently published book (the formatting is off, in just a few minutes one can find multiple typos and errors, and he insists on his own rules of capitalization [e.g., he won't capitalize the pronoun i in a sentence]). There are no extended treatments of any band, and he is not interested in how a band developed. Most bands get a single mention and one is lucky if they receive a short description in addition to one of two of their early songs being mentioned. He also has an explicit preference for alternative bands (read: bands you've never heard of). After a while, I just started looking for bands I like to see what reason he gave for hating them. He reminded me of those people who sneer at the music you like, claiming you really don't understand music. Ironically, I found his extended editorial discussions more interesting than his actual review of bands. He does raise some interesting questions about exactly what is rock `n roll, and whether we should focus on an album or a single by a particular artist. In the end, however, one should only buy this book (and its companion) if they are curious what Scaruffi thinks of a particular band.
Read more
14 people found this helpful
Helpful
Comment Report abuse

Marian Helmuth
4.0 out of 5 stars Book
Reviewed in the United States on October 23, 2013
Verified Purchase
I needed this book for school research and it had all I needed, plus it was fu to read with lots of great information.
Read more
Helpful
Comment Report abuse

Trevor Evans-young
5.0 out of 5 stars Essential Critique of the history of Alternative Rock Music
Reviewed in the United States on December 28, 2018
Pierro Scaruffi has turned into my favorite music critic, as he has very extensive knowledge of each genre of music. His Rock n Roll history doesn't necessarily focus on "alternative" bands and artists as much as it does to point out that those bands tend to two be two things. Firstly, they tend to be better than more popular bands, which after reading his rationale is hard to argue against. Alternative music really does tend to stand the test of time better than pop, that is easy to see. Secondly, they tend to be largely overlooked, and that is a huge crime. In his readings you will often find he doesn't find bands such as The Beatles and David Bowie to be bad just massively overrated. His analysis is that people are programmed to like certain things by promotional forces at work, and he is right about that. This book features his options for sure, but you dont have to agree with everything he says: he admits he is not even that big of a "fan" of rock music and prefers Jazz and Classical (he has books on those as well). Enjoy the wealth of research and knowledge present here, and form your own opinions form that. It is an invaluable musical encyclopedia.
Read more
Helpful
Comment Report abuse

Just Asking
4.0 out of 5 stars First Post!
Reviewed in the United States on March 5, 2009
This book was forthcoming, and now its out of print. OK here's the story:

"This is the second edition of the book that was first published in 2003.
Given the size (800 pages total), it is now split in two volumes, about 400 pages each.

If you own the old edition, the first volume contains the first four parts (1950s to 1980s), updated and corrected (about 300 small corrections and about 40 small additions). The second volume covers the 1990s (some massively revised text of the old edition and a lot of new text) and the 2000s (all new text). The number of names in the alphabetical index increased from 3,100 to 4,800. This is a good way to gauge how much material has been added to the second edition. Some of the material about non-rock and pre-rock music until the 1950s has been transferred (vastly expanded) to the "History of Pop Music"."

Page 1 of 1 Start overPage 1 of 1
This shopping feature will continue to load items when the Enter key is pressed. In order to navigate out of this carousel please use your heading shortcut key to navigate to the next or previous heading.
Back
Next
Pages with related products. See and discover other items: history music, dance history, rock music history