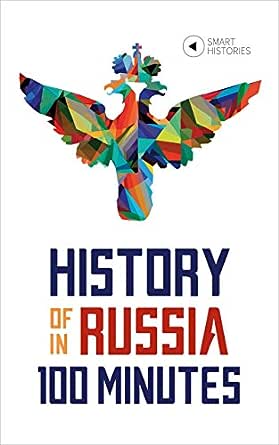 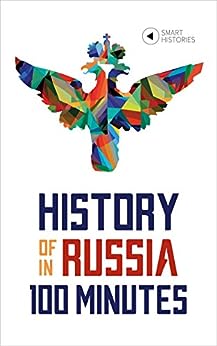 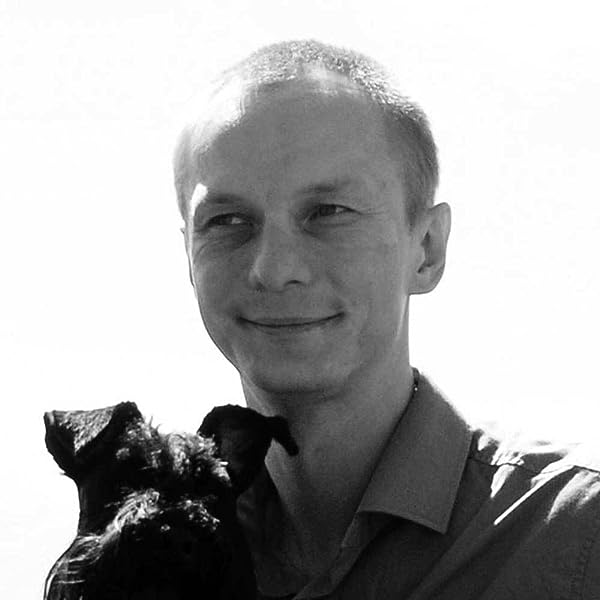 "I find History of Russia in 100 Minutes an authoritative source and I hope it will enjoy much success."
―Richard Pipes, Professor Emeritus at Harvard University

4.5 out of 5 stars
4.5 out of 5
16 customer ratings
How does Amazon calculate star ratings?
Amazon calculates a product’s star ratings based on a machine learned model instead of a raw data average. The model takes into account factors including the age of a rating, whether the ratings are from verified purchasers, and factors that establish reviewer trustworthiness.
Top Reviews

skg
4.0 out of 5 stars I would have been happy with a 200 minute history
Reviewed in the United States on September 7, 2018
Verified Purchase
I have very few regrets in life, but one was that I didn't take the Russian history course offered when I was in high school so I could have started with a really comprehensive foundation of knowledge back when I had an attention span. By the time I decided I really wanted to learn more about the last 400 years of Russian history, I was a burnt out middle aged retiree with the attention span of a fruit fly. This book definitely accomplished what I needed from it: a review of the basics without getting muddied into too much detail I was probably never going to fully absorb. This allowed me to understand the personalities and relationships among the leaders to determine what specific eras I want to delve into more fully in the future. A complement to this book would be a primer on the rise and fall of capitalism/socialism/communism in Russia over the years.
Read more
Helpful
Comment Report abuse

Israel DrazinTop Contributor: Children's Books
TOP 500 REVIEWERVINE VOICE
5.0 out of 5 stars A very informative book
Reviewed in the United States on May 12, 2017
This is a very comprehensive and very informative book about Russia written in easy to read language with colorful pictures on virtually every page, and with many maps. The author tells readers about the different epochs in Russian history beginning in 862 and the Slavic tribes. The book tells about 54 important leaders of the country, 106 significant people, and 126 key dates.
We learn about many things by reading the book. For example: We find out that Russian dates were 13 days behind the US dates in the twentieth century, how and why names of Russian cities were changed, medieval Russia from the 9th to the 15th century, the origin and meaning of the name Rus, the Mongol invasion, the rise of Moscow, the Tzardom of Russia 1547-1721, the empire of Russia 1721-1917 which was given this name by Peter the Great, the Russian Revolution of 1917, Soviet Russia 1917-1991, where we discover that the experiment in Russia of communism collapsed in 1991 after 74 years. We also read about Russian involvement in World War II and about Russia today.
We learn about important figures in Russian history such as Ivan the Great, the first Romanovs, Peter the Great, Khrushchev, Brezhnev, Putin, Barack Obama, Donald Trump, and many more.
Each chapter has a summary and there is more than a dozen pages of bibliography showing the basis for this learned easy to read book.
Read more
5 people found this helpful
Helpful
Comment Report abuse

Thomas K. Sheppard
4.0 out of 5 stars Admitted Slavophile delivers even-handed history
Reviewed in the United States on May 24, 2017
The author admits to being an unrepentant Slavophile. In spite of this admitted bias, the author delivers as very crisp and even-handed report and analysis of thousands of years of history. I was invited to review this book by the author, who author provided me a free copy for review. As advertised, it took me less than two hours to read the book from cover to cover.

Traditional history books are fairly dry recounting of facts and lately, I have been spoiled by books like Guns, Germs and Steel Guns, Germs, and Steel: The Fates of Human Societies, 100 Decisive Battles 100 Decisive Battles: From Ancient Times to the Present, and a biographic view of history looking at Winston Churchill's involvement in the Boer War in Hero of the Empire Hero of the Empire: The Boer War, a Daring Escape, and the Making of Winston Churchill, all of which provide a more colorful view of history than you find in most history books.

As you might expect in a book which endeavors to cover thousands of years of history in under 100 minutes, this "History of Russia" tended more toward the dry side and might have benefited by adding some insightful profiles and stories of key people. That is the only reason I didn't give it a full five stars. I suspect that if you used the link in the back of the book and went through the online course offered, the reader would find a bit more color than was in the text.

The historical art and pictures provided help to enrich the content and put faces to names and events.
Read more
2 people found this helpful
Helpful
Comment Report abuse
See all reviews from the United States