The History of Surfing and millions of other books are available for Amazon Kindle. Learn more 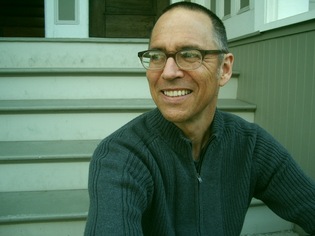 by Matt Warshaw (Author)
4.9 out of 5 stars 276 ratings
See all formats and editions
Sorry, there was a problem loading this page. Try again.

Matt Warshaw knows more about surfing than any other person on the planet. After five years of research and writing, Warshaw has crafted an unprecedented history of the sport and the culture it has spawned. At nearly 500 pages, with 250,000 words and more than 250 rare photographs, The History of Surfing reveals and defines this sport with a voice that is authoritative, funny, and wholly original. The obsessive nature of this endeavor is matched only by the obsessive nature of surfers, who will pore through these pages with passion and opinion. A true category killer, here is the definitive history of surfing.
Read more
Previous page
Next page

"Trust us, his book is the place to go for the goods." - OC Weekly

"There's a reason that Warshaw is at the top of the surf writing field, and if you're looking for a gift for the literate surfer in your life, this is definitely the one." -SBC Surf Magazine

"Written by one of the world's leading surf historians, this ...is the definitive book on surf history and culture." - Drift Magazine

Matt Warshaw is the former editor of SURFER magazine. A lifelong surfer, he is the author of numerous books on surfing, including Maverick's: The Story of Big Wave Surfing. He lives in San Francisco with his wife and son.
Start reading The History of Surfing on your Kindle in under a minute.

Matt Warshaw was born in Los Angeles, began riding waves in 1969, and had a brief, undistinguished, resume-padding career as a pro surfer during the early 1980s. He worked at SURFER Magazine for six years, and became editor in 1990. Quitting what has been called "the best job in surfing," Warshaw enrolled at UC Berkeley, and in 1993 took a BA in History, graduating Phi Beta Kappa. He continued to write, and published articles in the New York Times, the Wall Street Journal, Esquire, Interview, and Outside.

Warshaw has written eight books since 1997, including the Encyclopedia of Surfing ("A living, breathing masterpiece," according to Salon.com), and the History of Surfing. The Honolulu Star-Bulletin wrote that "Warshaw has written more cogent words about surfing than any other human," and the UK's Independent added that "the author appears to have attained total omniscience in his field." In 2013, Warshaw launched the Encyclopedia of Surfing website.

Warshaw lives in Seattle with his wife and son.

Christian
5.0 out of 5 stars Really interesting!
Reviewed in the United States on July 13, 2021
Verified Purchase
This book is great - a lot better than I thought it would be. I've had it in my list for a while because I'm interested in surfing and I like history. But I honestly thought it'd be pretty boring and I'd skim it here and there and then it would look cool on my bookshelf. I'm about halfway through it, though, and it's a great read. Even for non-surfers the history of surfing has a huge intersection with the history of pop-culture.
Read more
3 people found this helpful
Helpful
Report abuse

Robert Roland
5.0 out of 5 stars Totally a Great Book
Reviewed in the United States on July 17, 2014
Verified Purchase
One amazing book... there are however some facts that are incorrect but all these books have them. It is one of the best surfing books today. Would love for this author to do a book on surfers that do not get their kudos that one day no one will even remember and its a real shame. Went to Wikapedia and the list is sad, Added some of the old guys that were amazing a lot more amazing tham a few that are mentioned over and over as they hung with the right crowd but were just not all that.... thanks love it read it all the time and will forever... a must have.
Read more
5 people found this helpful
Helpful
Report abuse

Brennen Mulcahy
5.0 out of 5 stars Good idea
Reviewed in the United States on August 16, 2020
Verified Purchase
Great for gifting. Its heavy and has lots of pics. Great for a coffee table book
Read more
One person found this helpful
Helpful
Report abuse

Rock
5.0 out of 5 stars Excellent Book!
Reviewed in the United States on June 13, 2015
Verified Purchase
Excellent Book on the history of surfing. This is such a quality piece of work and as a surfer that started surfing in the 60's and still surfs today I'm loving this book, great journalism and photography. This is PURE Stoke!
Read more
6 people found this helpful
Helpful
Report abuse

RT6
5.0 out of 5 stars Great book!
Reviewed in the United States on October 10, 2019
Verified Purchase
I have been surfing for years and appreciate the way this book details one of the sports I love most.
Read more
Helpful
Report abuse

Robert W. Johnson
5.0 out of 5 stars Great photos
Reviewed in the United States on July 15, 2013
Verified Purchase
Fine coffee table book. Large format. I liked the way the pages were laid-out - somewhat stylish. Gave as a gift to my oldest, surfer, son, and he enjoyed it - I have seen it about his apartment where visitors can enjoy it.
Read more
2 people found this helpful
Helpful
Report abuse
See all reviews

Pauline
4.0 out of 5 stars Four Stars
Reviewed in the United Kingdom on August 18, 2018
Verified Purchase
Fun book which I bought as a gift, interesting and informative
Read more
Report abuse

Christa Lay
5.0 out of 5 stars A must have for any surfer
Reviewed in the United Kingdom on May 14, 2013
Verified Purchase
Gave this book to my husband and he adores it. He found it very interesting and has by his bedside, reading it over and over and over.....
Read more
Report abuse

P. Alves
5.0 out of 5 stars The history of surfing
Reviewed in the United Kingdom on October 27, 2013
Verified Purchase
Very interesting, well written and full of beautiful imagery. A great tabletop book! Recommended for surfers but also for the curious.
Read more
Report abuse

Anne Morgan
5.0 out of 5 stars Five Stars
Reviewed in the United Kingdom on July 3, 2017
Verified Purchase
Comprehensive and compelling history of what i now am certain is the sport of kings.
Read more
Report abuse
See all reviews