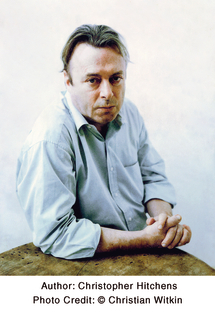 by Christopher Hitchens (Author)
4.5 out of 5 stars 738 ratings
See all formats and editions Hide other formats and editions
Read more Read less
Inspire a love of reading with Prime Book Box for Kids
Discover delightful children's books with Prime Book Box, a subscription that delivers new books every 1, 2, or 3 months — new customers receive 15% off your first box. Learn more.
click to open popover

"As contemptuous, digressive, righteous, and riotously funny as the rest of the author's incessant output, this memoir is an effective coming-of-age story, regardless of what one may think of the resulting adult . . . Hitchens paints a credible and even affecting self-portrait."―The New Yorker

"In this frank, often wickedly funny account, Hitchens traces his evolution as a fiercely independent thinker and enemy of people who are convinced of their absolute certainty ... Revealing and riveting."―Kirkus Review

"The most erudite and astute political and social commentator of this era has written a memoir that not only give the reader a view of the man behind the words but also a perceptive look at society over the past decades. Hitchens fascinates with the life he has lived and observed and, as always, relates his story with precision and consideration."―Bill Cusamano, Nicola's Books

"Hitch is as Hitch does, and he's not apologizing to anyone."―Drew Toal, Time Out New York

"[H]e has so many great quotes and quotables . . . that one cannot read his latest masterpiece for having to stop, find a pencil and page stickers in order to underline and signify his many remarks, each greater than the other."―Liz Smith, wowOwow.com

"Few writers can match his cerebral pyrotechnics. Fewer still can emulate his punch as an intellectual character assassin. It is hard not to admire the sheer virtuosity of his prose ... With Hitchens one simply goes along for the ride. The destination hardly matters."―Ed Luce, The Financial Times

"[D]electable, sassy fun . . . this book is intelligent and humane . . . Hitch-22 reminded me why I love the author of The Missionary Position, his fervent slapping of Mother Teresa, and his book about the war crimes of Henry Kissinger. Hitchens takes no prisoners, not even himself."―Mark Oppenheimer, The New Haven Review

"After reading Hitch-22, the only thing you can be sure of is that this flawed knight will not breathe contentedly unless he has a dragon to slay."―Ariel Gonzales, The Miami Herald

" ... a complex portrait of a public intellectual."―Alexandra Alter, The Wall Street Journal

Christopher Hitchens was a contributing editor to Vanity Fair, Slate, and the Atlantic, and the author of numerous books, including works on Thomas Jefferson, Thomas Paine, and George Orwell. He also wrote the international bestsellers god Is Not Great: How Religion Poisons Everything, Hitch-22: A Memoir, and Arguably. He died in December 2011.

Page 1 of 1 Start overPage 1 of 1
This shopping feature will continue to load items when the Enter key is pressed. In order to navigate out of this carousel please use your heading shortcut key to navigate to the next or previous heading.
Back
Next
Pages with related products. See and discover other items: Explore sound bars for PCs