You've subscribed to Sharper Security! We will preorder your items within 24 hours of when they become available. When new books are released, we'll charge your default payment method for the lowest price available during the pre-order period.
Update your device or payment method, cancel individual pre-orders or your subscription at
Your Memberships & Subscriptions
There was an error. We were unable to process your subscription due to an error. Please refresh and try again. 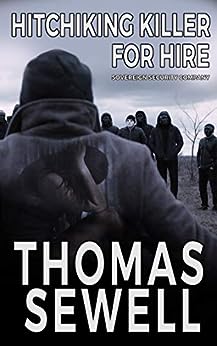 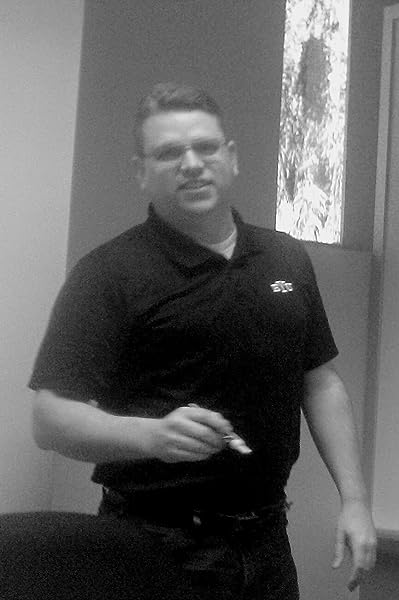 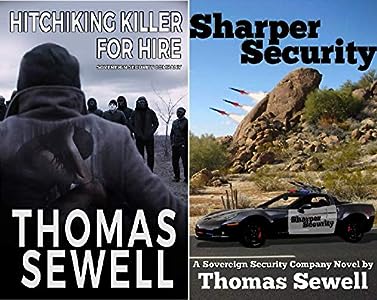 Meghan
5.0 out of 5 stars The Perfect "Appetizer" for `Sharper Security'
Reviewed in the United States on December 25, 2012
Verified Purchase
If you have read Thomas Sewell's full-length novel, `Sharper Security', and somehow you've developed a hankering for more Sam Harper, then `Hitchhiking Killer for Hire' is just the answer to your prayer.

Consider this a prequel of sorts, as Hitchhiking Killer tackles Sam Harper's life before the events in `Sharper Security.' It is also a shorter read--this is like a long short story about Sam Harper's past, and the turns of events that would eventually lead him to establishing the Sovereign Security Company. But don't fret about the length--because this means Hitchhiking Killer packs in more punch--you'll find Sam Harper in the middle of trouble--again--yet this time, the satisfying coup de grace takes place not long after Sam emerges from the desert.

Let me suffice it to say that this works both ways: reading Hitchhiking Killer before Sharper Security can also whet your appetite for more Sam Harper, and vice versa. Nevertheless, this can stand on its own: Thomas Sewell makes good use of Sam Harper's powers and talents in a more limited setting, and the result is a sucker punch of a story.

A thoroughly enjoyable good read--a sufficient harbinger of "things to come" in the full-length novel. My only gripe: I hope Thomas Sewell writes another full Sam Harper novel, and soon.

Cedarlila
5.0 out of 5 stars Great introduction to a series character
Reviewed in the United States on August 13, 2013
Verified Purchase
I read the short story Hitchhiking Killer for Hire, written by Thomas Sewell, and was rewarded with more than I had expected. Well plotted, with one of the best flashback sequences I have read in a short story, this little tale ties together no fewer than three time streams to form a action-packed story of a man ambushed for seemingly no reason, a man walking away from a military career tarnished by his code of honor, and a man who, driven by that honor, takes vengeance not for himself, but an innocent victim of the gang that attacked him.

The story is the set-up for a series of novels about Sam Harper, the hero of this short story, and I am looking forward to reading those soon. Reminiscent of Louis L'amour, Sewell's writing is tight, character filled, and fun to read. My favorite sequence involved the almost silent take-down of three people supposed to be guarding a house with a cast-iron skillet...
Read more
One person found this helpful
Helpful
Report abuse

rocketfuel
5.0 out of 5 stars SHORT AND SWEET
Reviewed in the United States on July 6, 2013
Verified Purchase
I bought this short book after reading the later, full length, novel about Sharper Security. Honestly, I liked the other book so much that I was just looking for more of the same adventure, even though this is an earlier story. It only costs a couple of bucks and for the money, even at 43 pages it is a great read (normally I'm not big on short stories because if I like the story and the characters I prefer for the story to go on longer). It is hard to find well written books in the SHTF genre since so many are first attempts by new authors. If you like the kind of storyline where people look after themselves, kick some butt when it needs kicking, and the hero isn't kissing up to the status quo, you'll love this one. Its not for the sheeple.
Read more
One person found this helpful
Helpful
Report abuse

Mathew J. Tillman
5.0 out of 5 stars Recommended to me by Sowell personally
Reviewed in the United States on July 9, 2013
Verified Purchase
I really enjoyed this story.
Thomas Sowell posts frequently on Twitter, and I asked him which story, "Hitchhiking Killer For Hire" or "Sharper Security" should I read first, and Sowell told me that Hitchhiking Killer" is a prequel for "Sharper Security." "Hitchhiking Killer" is a shorter story, but it doesn't lack for it. There's a clear story (two, actually), a clear hero, villain and damsel in distress, and challenges in rescuing said damsel.
I liked this story so well I immediately bought and started "Shorter Security", while in most every other instance I wait a while between books in a series so as not to burn myself out on any particular story line or author. There was no concern this would happen with Thomas Sowell Sharper Security series..
Read more
Helpful
Report abuse

Amelia Wallace
5.0 out of 5 stars A Quick & Cool Read
Reviewed in the United States on December 17, 2012
Verified Purchase
If you're a fan of Thomas Sewell's character, Sam Harper, of his book, "Sharper Security: A Sovereign Security", you will enjoy this quick read. This book is a prelude to who Sam Harper was before he started his company. The book captures Sam Harper during the highlights of his life, and the tribulation he faces in the face of evil and corruption.

The author tends to write in the present and then switches to flashbacks of Sam's past. You are able to really get a sense of Sam's character. This book combines a quick story of Sam's life along with some adventure and thrills.
Read more
2 people found this helpful
Helpful
Report abuse

Laura M
5.0 out of 5 stars there have to be more
Reviewed in the United States on October 6, 2013
Verified Purchase
This prequel to Sharper Security has a bit more background on the Big Split. We need more! There are all sorts of tantalizing hints and suggestions as to what led up to the split in this novelette, but I think it's time for a story that bridges the gap.

By the way, I really liked this story, too, and enjoyed the first person point of view.
Read more
One person found this helpful
Helpful
Report abuse

K. D. Johns
5.0 out of 5 stars Exciting
Reviewed in the United States on February 1, 2014
Verified Purchase
Exciting fast paced adventure. A must read for everyone from military to lone wolf thrillers. I thoroughly enjoyed this introduction to the Sharper Security series.
Read more
One person found this helpful
Helpful
Report abuse
See all reviews

Diane
5.0 out of 5 stars Fast and Furious
Reviewed in the United Kingdom on August 5, 2013
Verified Purchase
When I downloaded this short free book I wasn't convinced it would ever be read. Once I began to turn the pages I found myself drawn into the story. An interesting tale told from a now and past perspective. Sam Harper left the US Army leaving Maverick and Michelle behind him (written in the past tense) and planned on a better life, only to get beaten up on the Mexican border (described in the here and now). Once dumped in Mexico Sam gains an ally, and sets out to save a captive, but can it be done? A novella with plenty of action...
Read more
Report abuse
See all reviews